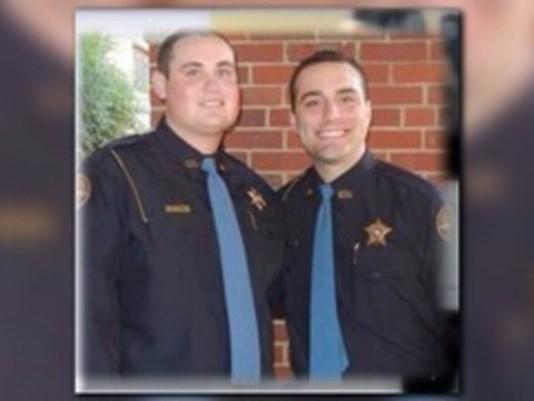 Georgia Southwestern State University Officer Jody Smith, 26, died Thursday at a Macon hospital where he was being treated for his injuries, according to a statement from the university’s interim president. Smith was shot along with an Americus police officer, 25-year-old Nicholas Smarr, who died Wednesday. The officers were reportedly best friends and had graduated from high school and the police academy together.

The suspect in the shooting, 32-year-old Minquell Kennedy Lembrick, killed himself Thursday after barricading himself inside a home, officials said.

“We have just received word that GSW Public Safety Officer Jody Smith has succumbed to his injuries and has passed away,” the interim president, Charles Patterson, said in a statement. “We offer our deepest condolences to his family during this very difficult time. Officer Smith was a bright, young and energetic officer, and he will be sorely missed.”

“He took it upon himself to respond and back up his friend,” Scott said. “They are model officers. They’re heroes, in my opinion.”

Scott said Wednesday that Lembrick had an outstanding arrest warrant charging him with kidnapping and other counts when the two officers encountered him at an apartment complex where a domestic dispute had been reported. But officers didn’t know whom they were dealing with when they responded to the 911 call.

Scott said Thursday the domestic violence victim was a woman with whom Lembrick had a relationship and said there was “clear evidence of violence” inside the home. The woman and her child were taken to a safe place.

After the shootings, Smith was airlifted to a hospital in Macon with critical injuries.

Fellow officers who knew them weren’t surprised that Smith, who worked on the college campus near the shooting scene, went to assist Smarr. The two men had been lifelong friends.

“They’ve been close friends since grade school,” said Lt. Chuck Hanks of the Sumter County Sheriff’s Office, where both officers had previously worked as deputies. Hanks said the two men were still roommates, sharing a home in the county.

Sumter County Sheriff Pete Smith told reporters both officers were engaged to be married in the coming months.

“It’s tough,” Hanks said. “We’re a small community. You see these people every day. You work with them every day.”