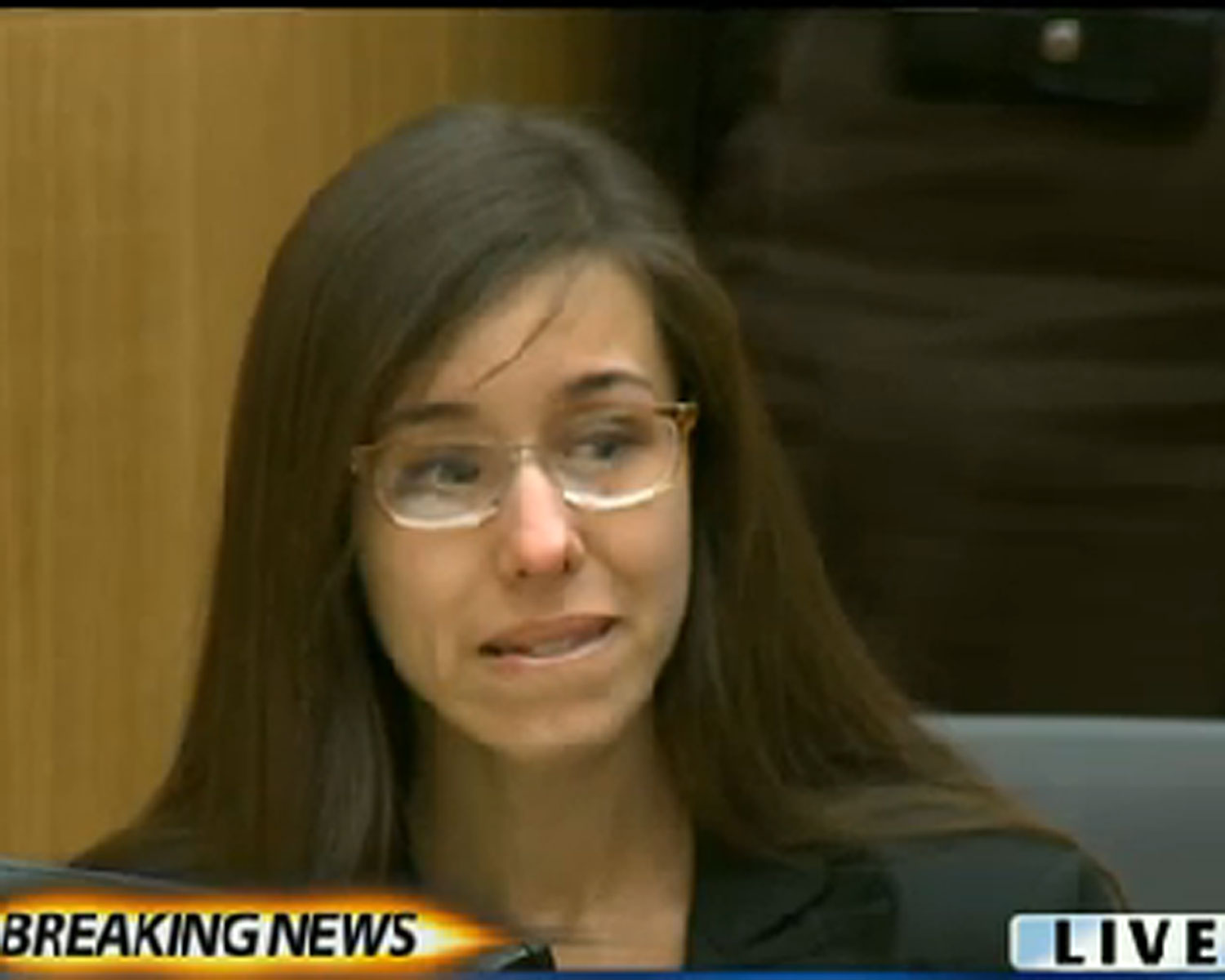 (CBS/AP) PHOENIX - Jodi Arias, a 32-year-old small-town waitress and aspiring photographer,  was found guilty of first-degree murder Wednesday afternoon in the slaying of her on-again, off-again boyfriend Travis Alexander at his suburban Phoenix home in June 2008.

The jury got the case last Friday and deliberated all day Monday and Tuesday before returning its verdict. The trial began in early January.

Tears welled in Arias' eyes as the jury read their verdict.

The media was notified at 2:30 p.m. Eastern Time that a verdict had been reached.

Arias claimed she killed Alexander, a motivational speaker and salesman for a legal services company, in self-defense. But prosecutors insisted it was an act of first-degree murder that could bring the death penalty. The jury also had the option to convict Arias of second-degree murder or manslaughter.

Authorities say Arias planned the attack on Alexander after he wanted to end their relationship and he prepared for a trip to Mexico with another woman. Alexander suffered nearly 30 knife wounds, was shot in the head, and had his throat slit. Arias' palm print was found in blood at the scene, along with nude photos of her and the victim from the day of the killing.

Arias initially denied any involvement, and then later blamed the killing on masked intruders. Two years after her arrest, she changed her story, saying she killed Alexander in self-defense when he attacked her after a day of sex. She and her defense lawyers have sought to portray Alexander as an abusive womanizer and sexual deviant.

The trial became a tabloid and cable TV sensation with its graphic tales of sex and lies and has attracted spectators from around the country who line up as early as 2 a.m. for a chance to score a few open seats in the courtroom. Arias testified for 18 days about every aspect of her sex life with Alexander, many of the details X-rated in nature.

Arias wept and looked away from jurors last Thursday as prosecutor Juan Martinez concluded closing arguments by displaying a gruesome photo of Alexander's back, covered in stab wounds, while describing her as a manipulative liar who meticulously planned the savage attack.

In closing arguments, Arias' lawyer implored the jury to take an impartial view of his client.

Nurmi said the case can be summed up with the words "fear, sex, lies and dirty little secrets."

Arias faces a potential death sentence or life in prison, with or without the chance of parole.

The sentencing phase of the trial will begin Thursday with the same panel deciding whether the killing was committed in an especially cruel, heinous and depraved manner.