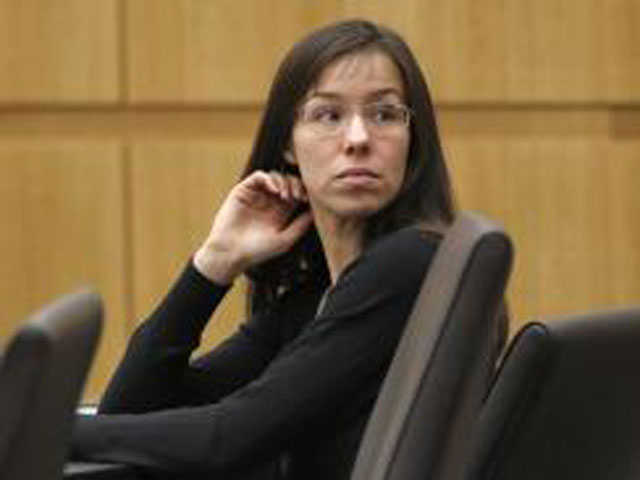 (AP) PHOENIX - A woman charged with killing her lover in his Arizona home after a lust-filled day of sex and raunchy photographs told jurors Monday that she once awoke from sleeping in his bed to find the victim having sex with her.

Jodi Arias, 32, faces the death penalty if convicted of first-degree murder in the killing of Travis Alexander in June 2008.

Arias testified last week in Phoenix about the volatile relationship that culminated with Alexander's death. Prosecutors claim Arias killed him in a jealous rage, stabbing and slashing him 27 times, slitting his throat and shooting him in the head.

Arias says it was self-defense after initially telling authorities she wasn't there. She then blamed it on masked intruders. She now claims Alexander attacked her, forcing her to fight for her life.

In provocative testimony during three days on the stand last week, Arias recounted her troubled childhood marred by abuse at the hands of her parents, a string of bad relationships and struggles to pay bills. She later described for jurors in graphic detail how Alexander made repeated sexual advances all while converting her into the Mormon faith during their heated initial courtship.

Defense attorneys have been trying to portray Alexander as a hypocrite, liar and philanderer in hopes of gaining sympathy from jurors. Arias has described Alexander as a domineering womanizer who belittled her, called her derogatory names and used her for sex throughout their stormy five-month relationship, and even afterward, as the pair continued to see each other for trysts.

On Monday, she described an encounter with Alexander in May 2007, about a year before his death, when she was sleeping in his bed and awoke to find him having sexual intercourse with her.

"He was on top of me, and had already penetrated and started having sex with me," Arias said.

She said she didn't tell him to stop but the sex made her uncomfortable because she felt it violated the teachings of the Mormon church, which discourages sex before marriage.

Defense attorney Kirk Nurmi asked why she felt the sex while she slept was OK.

"I felt like I was partially responsible because I went to sleep next to him. I was wearing a T-shirt, cute shorts," Arias said. "I just felt like being in his bed, sleeping there, it wasn't entirely his fault, like maybe it was invited."

Her testimony has been an unusual mix of Mormon theology and X-rated descriptions of their relationship, including naked pictures of Alexander displayed for the jury.

Alexander, a Mormon, persuaded Arias to become a member of the church and performed her baptism in late 2006, she said.

On the same day that he baptized her, Arias said the two went into a bedroom, and engaged in sexual intercourse she called painful. Alexander told her the sex was OK under Mormon teachings because their encounter did not involve vaginal intercourse.

She said she felt like a prostitute at times because of Alexander's emotional detachment, but she stayed with him because she liked him even after some of his own friends urged her to break it off.

She said she first met Alexander at a Las Vegas convention in late 2006 after years of bad relationships. The two almost immediately began a steamy relationship which they carried on long distance between her home in California and his in Mesa, Ariz.

She claims they dated for about five months, then broke up but continued to see each other for sex, and that she came to Alexander's home on June 4, 2008, the day of the killing, at his urging. Alexander's friends said she stalked him after the breakup and became possessive and jealous.

Authorities said they found Arias' hair and bloody palm print at the scene, along with time-stamped photographs on a memory card in a camera discovered inside Alexander's washing machine that place Arias there on the day he died. The photos included one of Arias nude on his bed, one of Alexander lying on the bed, and one of his body crumpled on the floor of his shower.

The trial began in early January. Defense attorneys have yet to explain why Arias apparently attempted to clean the scene, washing Alexander's bedding and the camera, and what happened to the weapons.

Authorities say Alexander was shot in the head with a .25 caliber gun, the same caliber Arias' grandparents reported stolen from their Northern California home about a week before the killing.