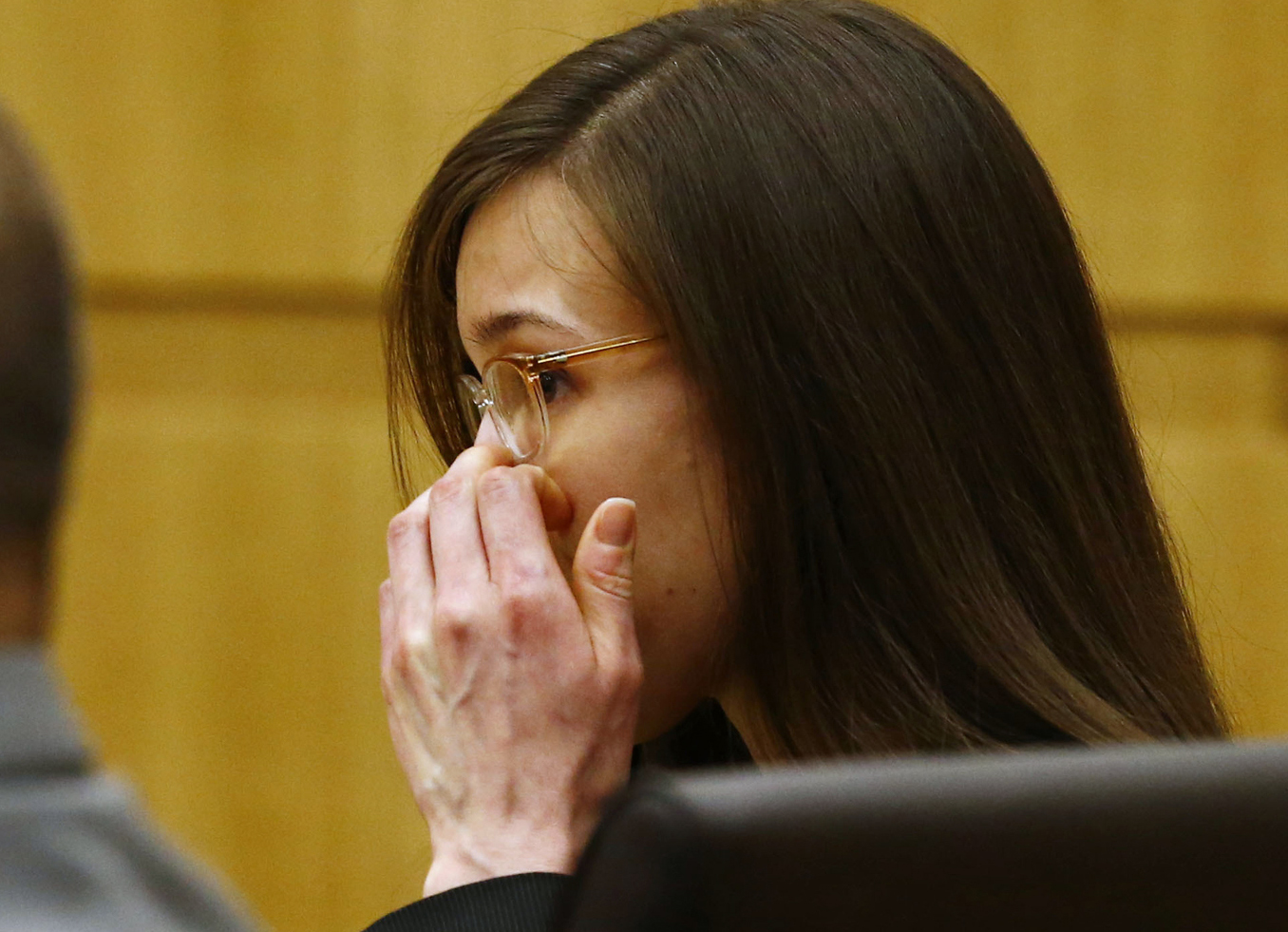 (CBS/AP) -- Travis Alexander suffered both physical and mental anguish in the final moments of his life, prosecutor Juan Martinez argued in a Phoenix courtroom Wednesday. He was aiming to prove that convicted killer Jodi Arias murdered her on-again, off-again lover in an "especially cruel" manner.

Should the jury agree with him, they will next consider whether or not Arias should face execution. They began deliberations on the cruelty "aggravating factor" early Wednesday afternoon.

"She made sure of it. She made sure she killed him by stabbing him over and over and over again and then finishing him off by slicing his throat," Martinez said. "It is also sure that during this attack Mr. Alexander suffered. Mr. Alexander suffered pain every time the knife went into his body, every time the knife blade struck the back of his head, and when the blade went down to his throat, it was certainly also extremely painful."

Arias was convicted of first-degree murder last Wednesday in Alexander's death. She argued that she killed Alexander in self-defense.

The "aggravation phase" of the trial is now underway, and the jury must decide whether Alexander suffered physical or mental pain or anguish prior to his death, and whether Arias should have known he would suffer. If they do find the crime was "especially cruel," the trial will move into a final penalty phase - during which the panel will weigh whether she should receive the death penalty.

Arias, 32, cried and occasionally shook her head as Martinez detailed the 2008 attack in Alexander's suburban Phoenix home, describing the physical pain and fear that he said Alexander felt just before he died. Alexander's family sobbed in the front row as Martinez described how blood gushed from Alexander's chest, hands and throat as he stood at the sink in his master bathroom and looked into the mirror with Arias behind him.

Martinez described the stab wounds Alexander received, including defensive knife wounds on his hands as he said he tried to ward off the attack before fleeing and falling to the ground.

Martinez called medical examiner Dr. Kevin Horn to the stand, who testified that Alexander would have been alive throughout the stabbing.

The courtroom sat silent for two minutes, as Martinez told jurors to imagine the amount of time the attack took. The two minutes "must have seemed like more than two lifetimes," Martinez said.

Arias' defense argued that there is inherent cruelty in all first degree murders, and that the cruelty in Alexander's murder was not unusually great or significant. Kirk Nurmi, Arias' defense attorney, said that experts have testified that Arias' mental state may have prevented her from knowing that she was causing pain during the attack on Alexander.

"You must make a detached objective judgment as to whether or not the state has proven the aggravating factor to you beyond a reasonable doubt," Nurmi said. "Your duty as jurors is to detach your self from that emotion."

If the panel finds no aggravating factors exist, jurors will be dismissed and the judge will determine whether Arias should spend the rest of her life in prison or be sentenced to 25 years with the possibility of release.

If jurors find Arias' crime deserves consideration of the death penalty, the trial will move into the penalty phase. Prosecutors will call witnesses, including members of Alexander's family, aimed at convincing the panel she should face the ultimate punishment. Arias' attorneys will also call witnesses, likely members of her family, in an attempt to gain sympathy from jurors.