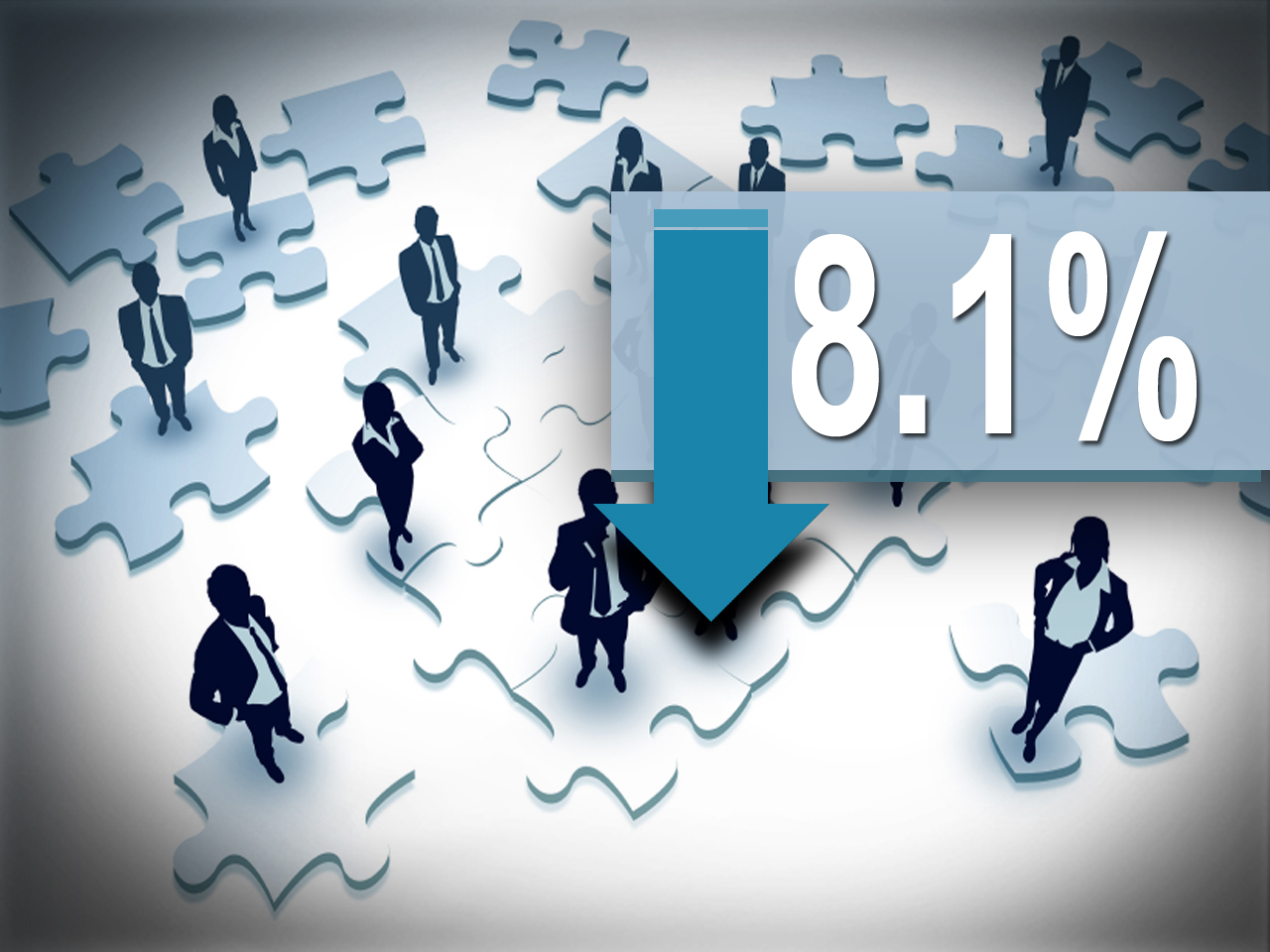 (AP) WASHINGTON - U.S. employers added 96,000 jobs last month, a weak figure that could slow any momentum President Barack Obama hoped to gain from his speech to the Democratic National Convention.

The unemployment rate fell to 8.1 percent from 8.3 percent in July, the Labor Department said Friday. But that was only because more people gave up looking for work. The government only counts people as unemployed if they are actively searching.

Dow Jones industrial futures, which had been up before the report, fell soon after it was released.

The hiring figures and unemployment rate will be among the most politically consequential of the campaign. They arrive just as the presidential race enters its final stretch. Jobs are the core issue, and the report could sway some undecided voters.

There will be two additional employment reports before Election Day Nov. 6. But by then, more Americans will have made up their minds.

In his speech Thursday night, Obama acknowledged incomplete progress in repairing the still-struggling economy and asked voters to remain patient.

"The truth is, it will take more than a few years for us to solve challenges that have built up over the decades," Obama said.

Tepid hiring could nudge the Federal Reserve to announce some new action to boost growth after its meeting next week.

The report was weak throughout.

In addition to those who've given up looking for work, many young Americans are avoiding the job market by remaining in school. All told, the proportion of the population that is either working or looking for work fell to 63.5 percent. That's the lowest level in 31 years for the labor force participation rate.

Average hourly wages dipped a penny to $23.52 and are only slightly ahead of inflation in the past year.

The average work week was unchanged in August after being revised downward in July to 34.4 hours. And the number of temporary jobs fell for the first time in five months. Both figures suggest that companies are seeing less demand for their services and need fewer workers.

Many of the jobs were in lower-paying industries such as retail, which added 6,100 jobs, and hotels, restaurants and other leisure industries, which gained 34,000. Higher-paying manufacturing jobs fell by 15,000, the most in two years.