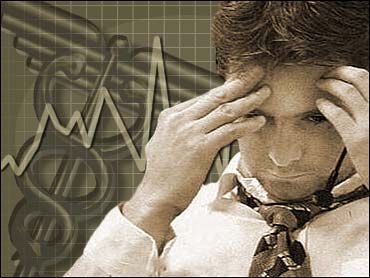 Stress on the job may take its toll on your heart. A new study shows workers who report high levels of job stress have increased levels of an inflammatory marker linked to heart disease.

Researchers found that workers who felt they had little or no control in their jobs had elevated levels of a blood-clotting factor called fibrinogen. Previous studies have shown elevated levels of fibrinogen and other markers of inflammation in the body are associated with an increased risk of heart disease, such as a heart attack.

The study also suggests that having a strong social support network may help temper some of the negative effects of job stress.

Researchers say the results may help explain the well-known link between stress and heart disease, which cannot be explained by traditional heart disease risk factors, such as high cholesterol and blood pressure. They say inflammation may be the pathway by which high stress leads to an increased risk of heart disease.

Job Stress Linked To Inflammation
In the study, which appears in the Journal of Occupational and Environmental Medicine, researchers looked at the link between job stress, job control, and social support and markers of inflammation and infection in a group of 892 male workers in Belgium.

All of the participants answered a questionnaire and underwent blood tests to measure several markers of inflammation and infection.

The link between lack of job control and elevated fibrinogen levels remained significant after controlling for other factors, such as age, occupation, use of cholesterol or blood pressure medication, smoking, and alcohol use.
Job stress in this study was unrelated to another inflammatory marker, C-reactive protein (CRP), which has been linked to heart disease in other studies.

The researchers write that their study may be limited and further investigation would be warranted "to explore possible associations in greater detail."