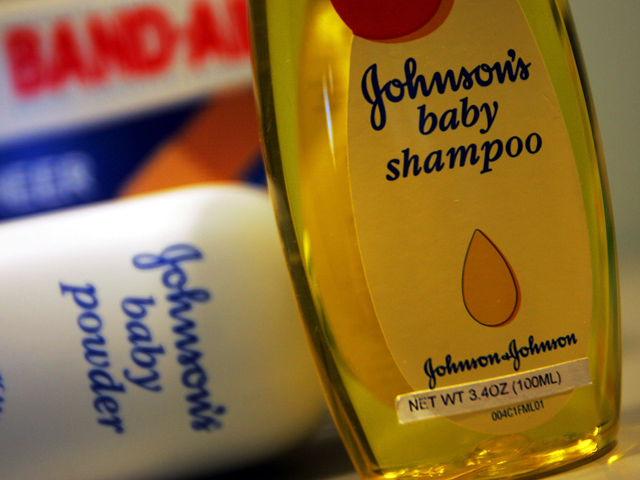 (AP) Johnson & Johnson (JNJ), a health care giant that is struggling with tougher market conditions, ongoing manufacturing problems and other issues, lowered its profit forecast for the year after posting second-quarter net income that dropped by half.

The maker of Band-Aids, medical devices and prescription drugs whose iconic image has been tarnished by legal and manufacturing lapses on Tuesday noted some positive signs. They include small increases in hospital admissions and surgical procedures in the U.S. Despite that, its revenue dipped by nearly a percent due to lower sales in the U.S. and for its consumer health products worldwide.

The company's results beat analysts' expectations for adjusted profit by a penny, but fell short of the revenue forecast by nearly $250 million.

Many of J&J's nonprescription products remain off the market due to about three dozen recalls over the past three years, and the company said Tuesday that they won't all be back in stores until sometime next year. Two of its consumer health product factories are operating at reduced capacity due to increased government scrutiny and the third is being gutted and rebuilt.

On a conference call with analysts on Tuesday, New CEO Alex Gorsky gave what amounted to a long pep talk about the company's great opportunities and prospects for improvement. He said his priorities include resolving the manufacturing problems and integrating Swiss orthopedics device maker Synthes, which the company bought recently for $20 billion, its largest acquisition ever.

"I am resolute to keep our credo as the foundation of Johnson & Johnson," he said, referring to J&J's longtime guiding principle to put patients, doctors and employees before profits.

Many critics have questioned whether J&J still follows the credo. The government is prosecuting J&J for alleged improper marketing of prescription drugs. And there have been many recalls over medicines containing the wrong amount of active ingredient or glass and metal shards.

Excluding one-time items, net income was $3.63 billion, or $1.30 per share. The items include writedowns in the value of some acquired assets, costs related to the Synthes purchase and unfavorable currency exchange rates, which reduced total revenue by 4.2 percentage points.

Analysts polled by FactSet, on average, expected earnings per share of $1.29 on revenue of $16.71 billion.

The company took a total of $2.2 billion in pretax charges for those items, as well as the addition of another $611 million to its legal reserve for a potential civil settlement with the Justice Department over alleged improper marketing of prescription drugs and other wrongdoing. That case is expected to be finalized soon, with J&J paying a penalty in the $2 billion range.