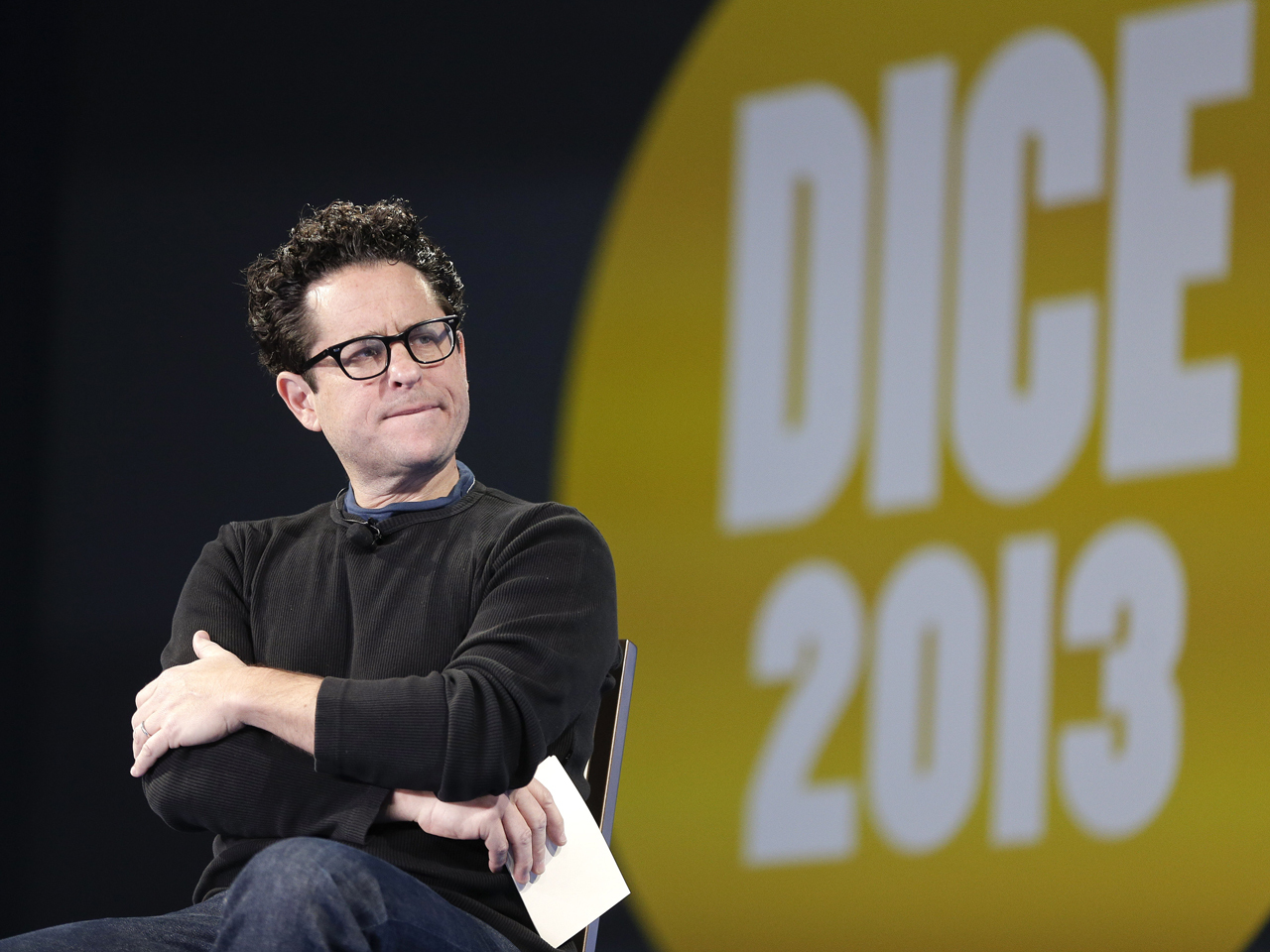 The new "Star Wars" sequel was on everyone's mind when J.J. Abrams took the stage Wednesday at a Las Vegas video game conference, but the director made only a sideways mention of the film he has been hired to helm.

The reference was a throw-away joke from his last franchise reboot.

Talking about the importance of embroidering films with subtle detail, the science fiction director played a scene from his 2009 "Star Trek" film and freeze-framed to reveal a familiar "Star Wars" robot peeking out from amid the space junk.

"So they're looking at all the debris that's out there, and curiously, it's R2D2," he said, drawing a roar of laughter.

"So now I have to go back through your movies looking at all the debris to figure out what movie you're going to direct next?" Newell asked.

Abrams has given die-hard fans few clues about his vision for the seventh live-action "Star Wars" film since he was announced as its director in January.

He has become a trusted steward of beloved fantasy universes after directing well-received additions to the "Star Trek" and "Mission: Impossible" franchises.

"Star Wars" creator George Lucas opened the door to the latest round of spin-offs when he sold his Lucasfilm empire to The Walt Disney Co. for $4.05 billion last fall. The company is planning three sequels and two peripheral movies focusing on characters.

"Episode VII" is tentatively scheduled for release in the summer of 2015. Disney confirmed Abrams as the film's director in January.

Last month, Abrams told a group of reporters that he wanted to make sure the sequel was "something that touches people."

On Wednesday, he did give his audience of nerds and gamers one revelation when he announced his intention to collaborate on movies and videos with Newell -- the man behind the gaming hits "Portal," "Half-Life" and "Counter-Strike."

"There's an idea that we had for a game that we'd like to develop," he said.

Newell said his company would like to work with Abrams on a movie adaptation of "Portal" or "Half-Life."