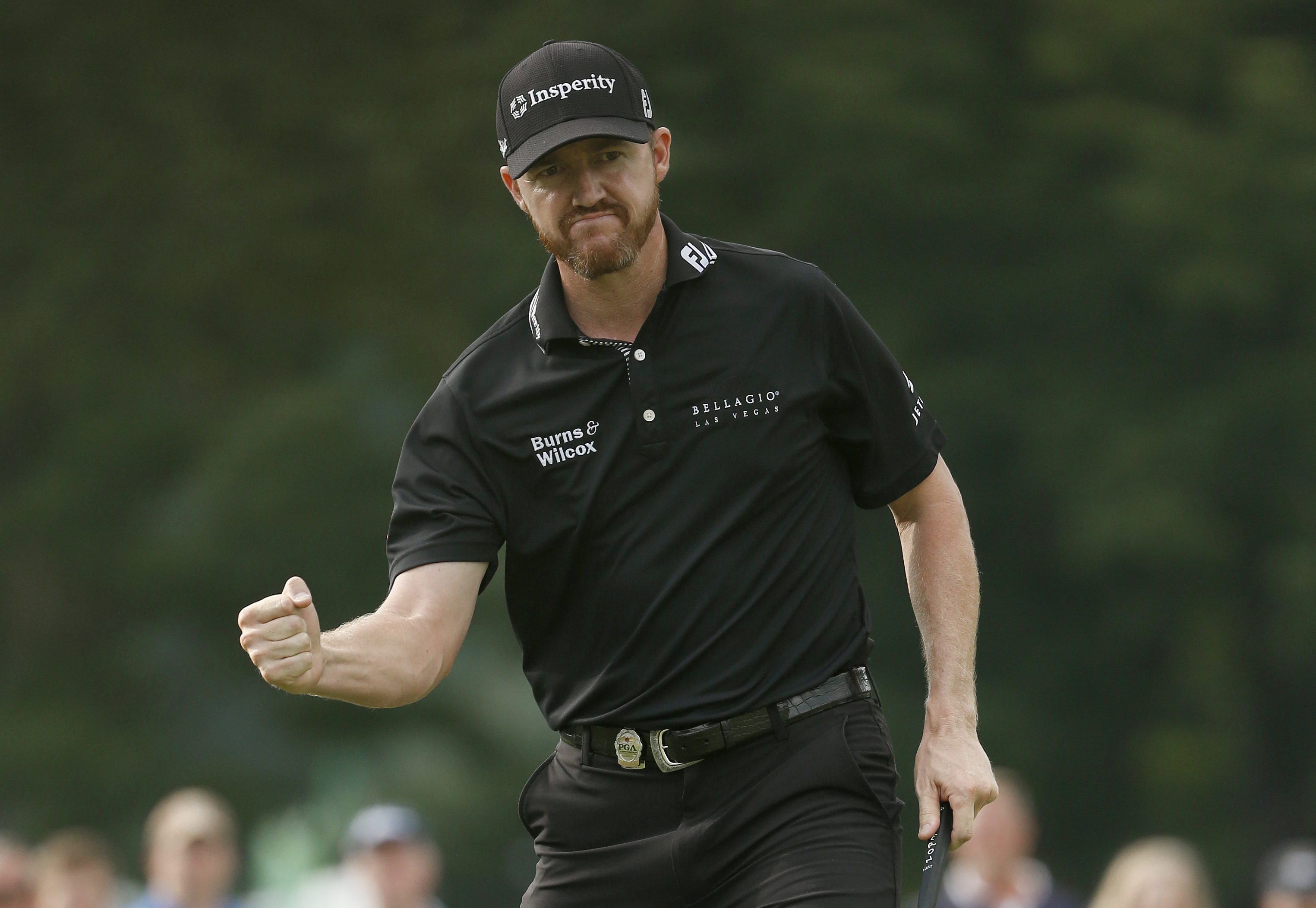 In the longest final day at the PGA Championship in 64 years, Walker produced three big birdies on the back nine at Baltusrol and held his nerve against the No. 1 player in the world to close with a 3-under 67 for a one-shot victory over defending champion Jason Day.

Walker provided a little too much drama at the end.

After watching Day make a 15-foot eagle putt on the par-5 18th to close the gap to one shot, Walker went for the green when a par would win it. He missed to the right in deep rough, safely pitched on some 35 feet away and had to hole a 3-foot putt for the victory.

There was never a doubt, and the 37-year-old calmly pumped his fist twice.

"Sometimes, things just don't come easy," Walker said after hoisting the 37-pound Wanamaker Trophy, amazing that he had any strength left after a 36-hole final day brought on my rain over the weekend. "He really put it on me to make a par. Sometimes pars are hard. But we got it.

It was a battle for everyone. In a most peculiar final day at a major, the PGA Championship allowed for preferred lies because of nearly 4 inches of rain during the week that drenched the Lower Course. Desperate to beat the clock, they sent the third-round pairings right back out for the final round, meaning Walker was playing the third round as others were playing the final round.

But it ended on a happy note for Walker. He is a major champion, completing a sweep of first-time winners in the majors this year.

Better yet: It moves him into position to secure a spot on the Ryder Cup team.

Walker is a late bloomer who has received as much attention in recent years for his astrophotography, with some of his work recognized by NASA. He needed a performance that was out of this world in a wet and wild Sunday, and he delivered every step of the way.

British Open champion Henrik Stenson, trying to join Ben Hogan as the only players to win back-to-back majors at age 40, finally faded away with a double bogey on the 15th hole. So did Brooks Koepka earlier on the back nine.

Day stuck around, determined to be like his buddy Tiger Woods and win back-to-back at the PGA Championship. And he almost did, drilling a 3-wood from 258 yards up the hill to 15 feet for an eagle and a 67.

The Australian flipped his club in despair as he neared the green, seeing the leaderboard and realizing that cheer behind him was Walker answering with a birdie on 17.