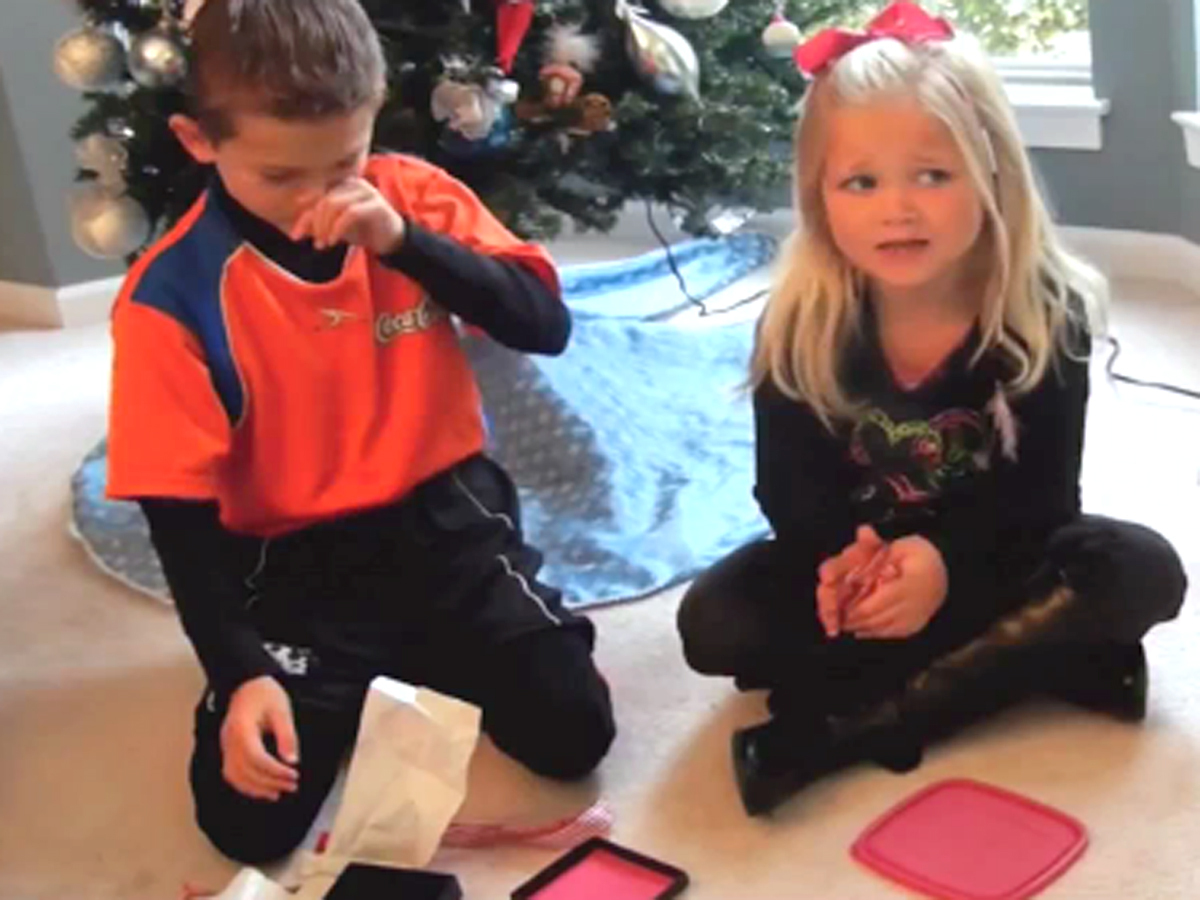 (CBS) - Just last month we saw Jimmy Kimmel play a hilarious and cruel joke on kids everywhere by having parents pretend they had eaten all their children's Halloween candy. Well, if boys and girls thought they were safe after that, they're in for a nasty holiday surprise: Jimmy Kimmel is back and targeting presents this time!

I have to say, I was blown away by how well the girl who got the old banana dealt with such a terrible present. And then she started to eat it... And don't even get me started on the girl who loves her mom's cooking - like hot pockets and buffalo wings.

I'd say between the candy on Halloween and now the presents over the holidays, it's been a tough year for kids and Jimmy Kimmel has officially earned himself a Grinch of the Year title in the best possible way. Props to you, Mr. Kimmel, on yet another successful and hilarious prank!