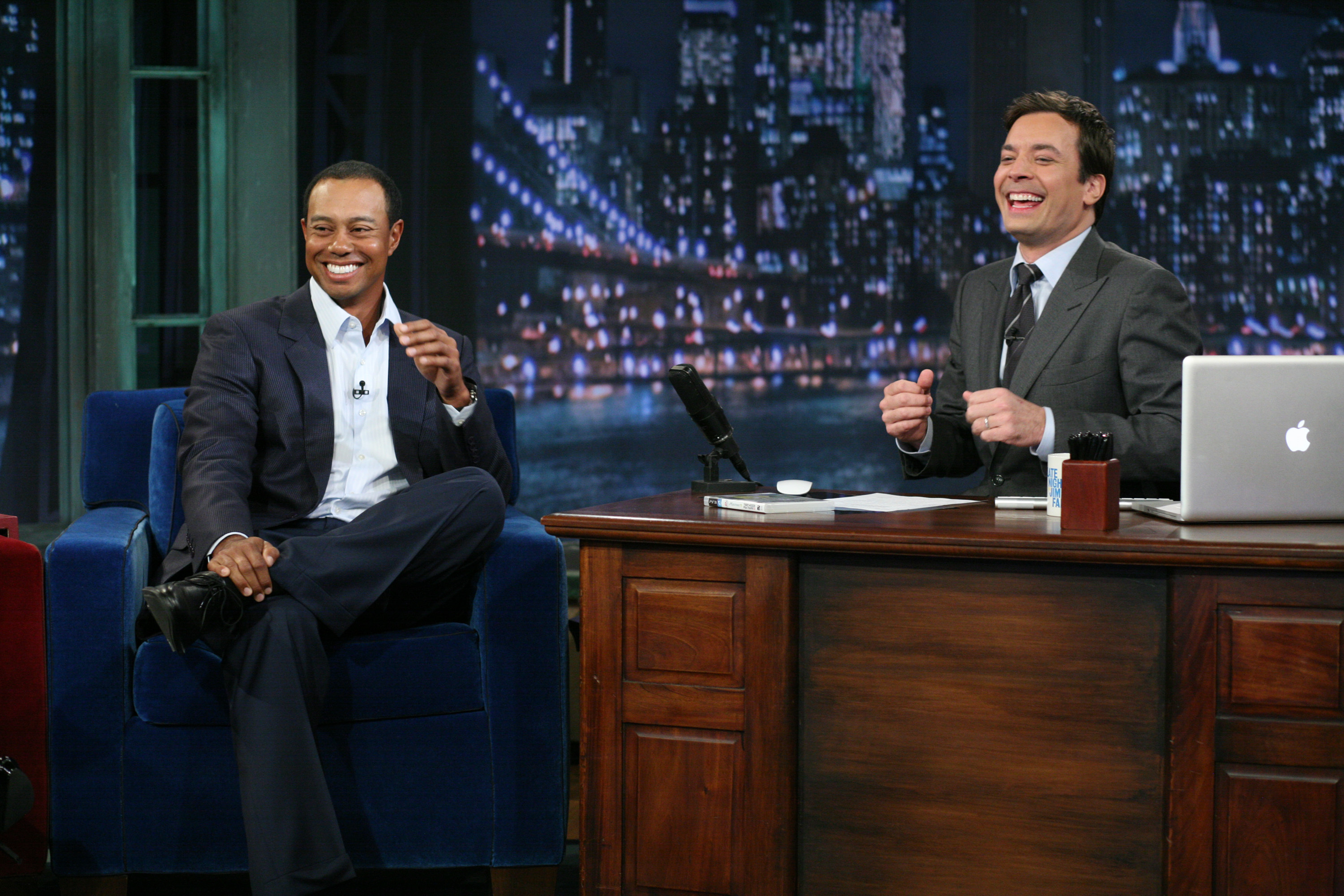 Tiger Woods was a guest on "Late Night" Wednesday and sheepishly laughed as host Jimmy Fallon thanked him for the scandal that produced so many monologue jokes for him.

Since it was Woods' first late-night appearance since 2009, Fallon immediately alluded to the golf star's tumultuous year and a half with a deadpan opener: "What have you been up to?"

But Fallon was just getting warmed up. He then proceeded to heap praise on Woods for having the "courage" to appear on a comedy show in light of the golfer's scandal-plagued personal life. The talk show host thanked Woods for providing his writing team with so many jokes, admitting that "we laughed at your pain."

"Thank you for having the courage to come on a late-night comedy program, because it must have been a painful and awful situation, the whole thing you went through," Fallon said. "But from a comedian's standpoint and my monologue writers, thank you! So much! It kind of wrote itself. I mean, balls, shafts, holes, foursomes. It really writes itself. Thank you! Thank you!"

Woods smiled, laughed nervously and acknowledged the appreciation: "You got it," he said.

The talk show host ended on a serious note, offering words of encouragement for the struggling golf star.

"I know you have the Masters coming up and I'm rooting for you, buddy," Fallon said. "I want you to come back."