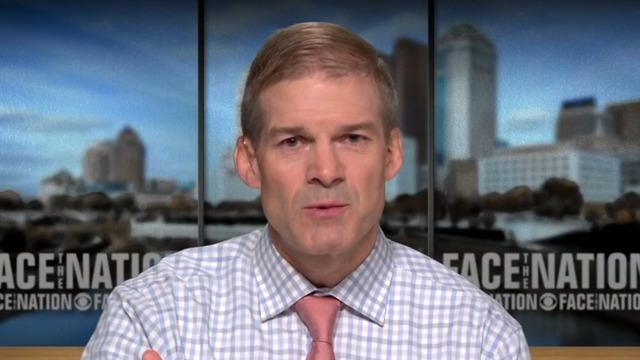 Ohio Representative Jim Jordan is officially running for Speaker of the House, he announced to reporters on Thursday. Asked whether he could confirm a Daily Caller report that he's officially announcing his campaign Thursday, the Ohio congressman said, "Yes, we are sending a letter to our colleagues as we speak."

Jordan's announcement, first reported by the Daily Caller, sets up an interesting race to replace retiring Speaker of the Paul Ryan. Only the day before on Wednesday, Rep. Kevin McCarthy told reporters he would like the next speaker to be him. Ryan on Thursday reiterated that his support is behind McCarthy.

"I'm not going to be here, I support Kevin McCarthy, everyone knows that," Ryan told reporters.

Jordan, who rose to prominence for his role in the Benghazi hearings, faces his own troubles as he looks to run for speaker. Jordan has been accused of turning a blind eye to sexual abuse years ago when he was a wrestling coach at Ohio State University.

On Wednesday night, Jordan introduced articles of impeachment against Deputy Attorney General Rod Rosenstein, along with House Freedom Caucus Chairman North Carolina Representative Mark Meadows and nine other conservatives in Congress.  All of whom accuse Rosenstein of stalling document requests related to the Russia investigation.

Jordan denied Pelosi's claim the articles of impeachment were designed to distract from the Ohio State investigation.

"I've talked to all kinds of my colleagues, they can see through that story," Jordan told reporters Thursday.

— CBS News' Alan He contributed to this story