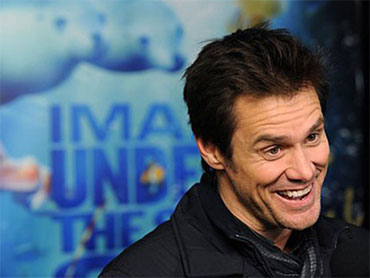 Jim Carrey can now add another role to his resume: proud grandfather.

The baby weighed in at 7 lbs, 11oz and measured 20 inches long, according to People.

Carrey tweeted about the arrival, posting a picture of the baby and writing, "Jackson Riley Santana, My Grandson, Born today! This is what 7lbs.11oz. of Calfornia dynomite looks like!"