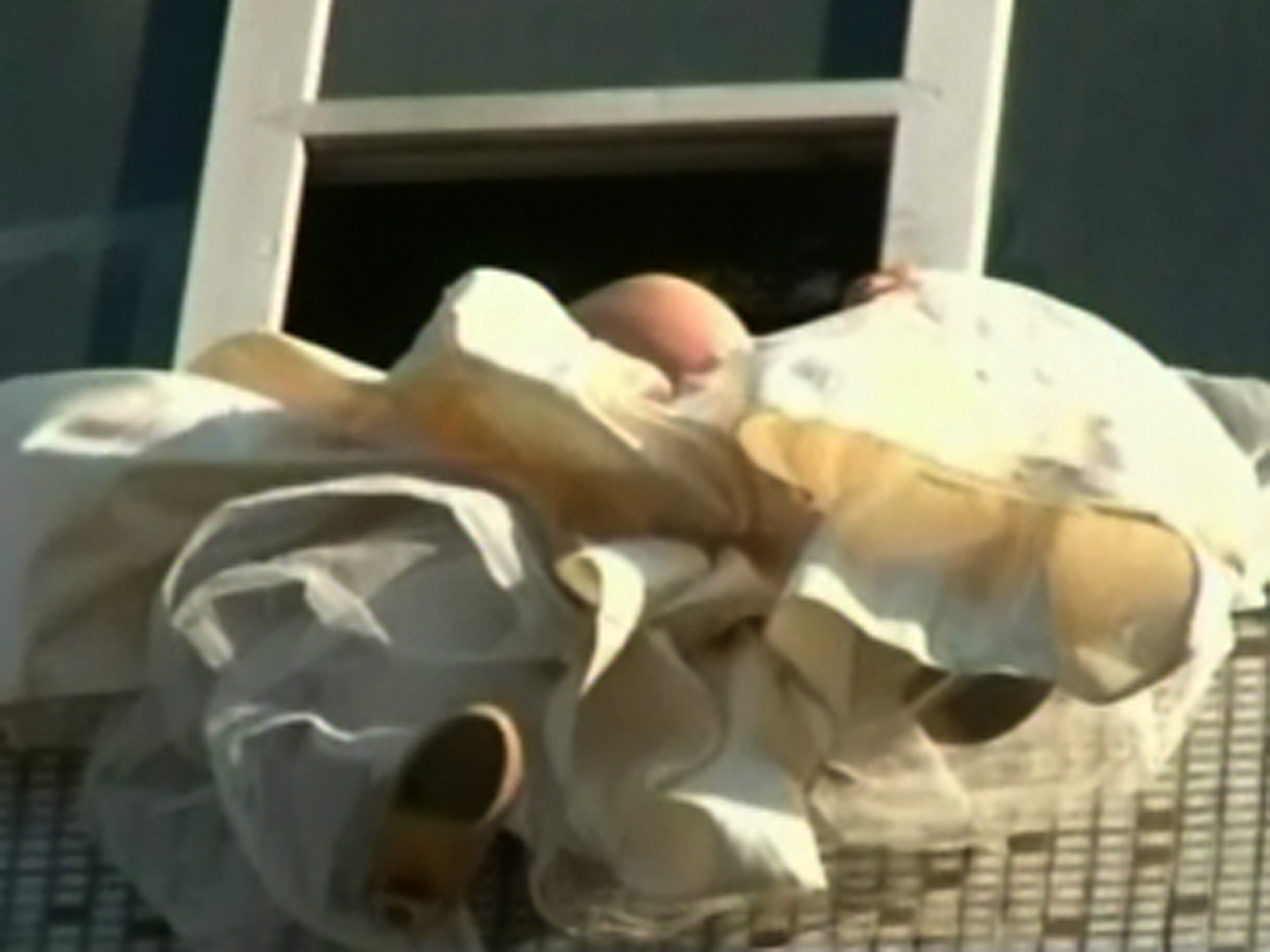 (CBS/Reuters) A rejected bride-to-be was pulled to safety after threatening to jump out of a seventh-floor window in northeast China on Tuesday, after her fiance dumped her days before their wedding, local media reported.

Dressed in her wedding gown, 22-year-old college student Miss Li, sat on the window ledge of the building in Changchun city, the capital of Jilin province.

She was seen sobbing and swinging her legs out the window for over an hour before policemen arrived to the scene, Changchun Television reported.

Li threatened to jump saying she could not live with the fact that her fiance had left her and married another woman just days before their wedding, local television said.

Li, who lived on the fourth floor of the building made her way to another flat on the seventh floor with the aim to jump.

Police called the distressed bride-to-be's mother and other relatives after Li dropped her bag containing her mobile phone from the building, media reports said.

A group of men which included policemen entered into the seventh-floor flat to stop her.

Television pictures then showed one man, community officer Guo Zhongfan holding Li by her neck and arms as she dangled above the street.

Changchun Television said she had pushed herself off the ledge and was grabbed by Guo.

A man in the apartment below reached out of the window and pushed Li's feet up, as Guo pulled her to safety.

At least a hundred people witnessed the rescue from the ground and applauded Guo's heroic act.

He was humble as media surrounded him for a comment on his actions.

"I am the director of the Xinfa Community Administration Office. My surname is Guo. I did what anyone would have done," said Zhongfan.

Li was placed into an ambulance and sent to the hospital following her rescue.

Policemen and relatives tried to reach Li's former fiance by phone but failed to make contact with him, Changchun TV reported.