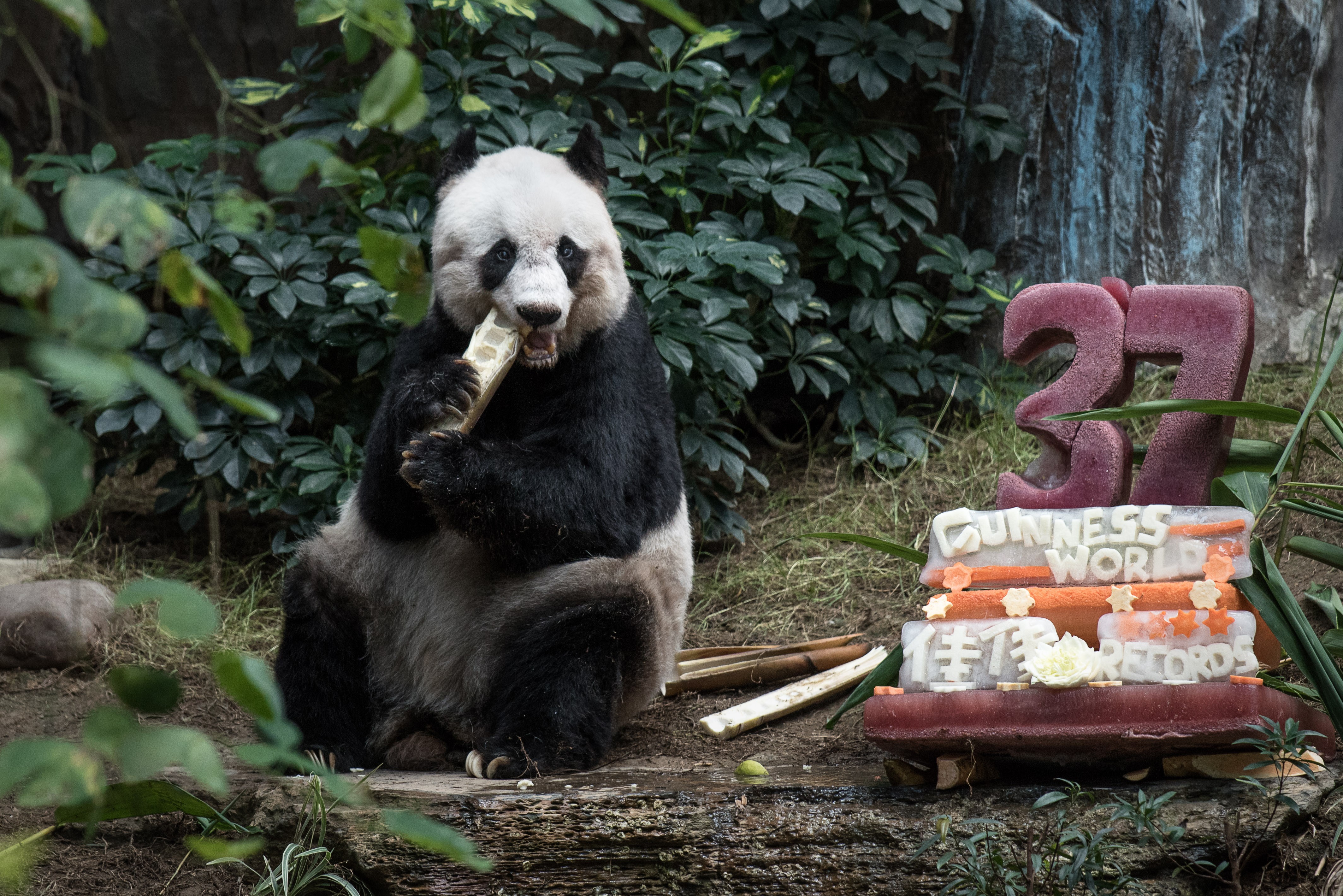 HONG KONG -- The oldest giant panda ever in captivity tasted a vegetable ice cake and, of course, bamboo in celebration of her 37th birthday.

Jia Jia was recognized Tuesday as holding two Guinness World Records, the oldest ever and the oldest living giant panda. Her mate, An An, also marked a birthday, his 29th.

Born in 1978, Jia Jia was sent to Hong Kong Ocean Park with An An in 1999. They were given by China to mark the second anniversary of Hong Kong's handover.

Jia Jia has had six babies and four are still living.

The park's veterinary service director, Paolo Martelli, says typical panda life expectancy is around 20 years and only eight of about 400 living in captivity today are older than 30.

So, he says, "it's quite exceptional to reach such an old age for a panda."

Jia Jia's age equals about 110 for humans. She suffers high blood pressure and arthritic pain, though her health is stable.

According to the World Wildlife Fund, the wild panda population grew by nearly 17 percent over the past decade but there are still fewer than 2,000 in the world.