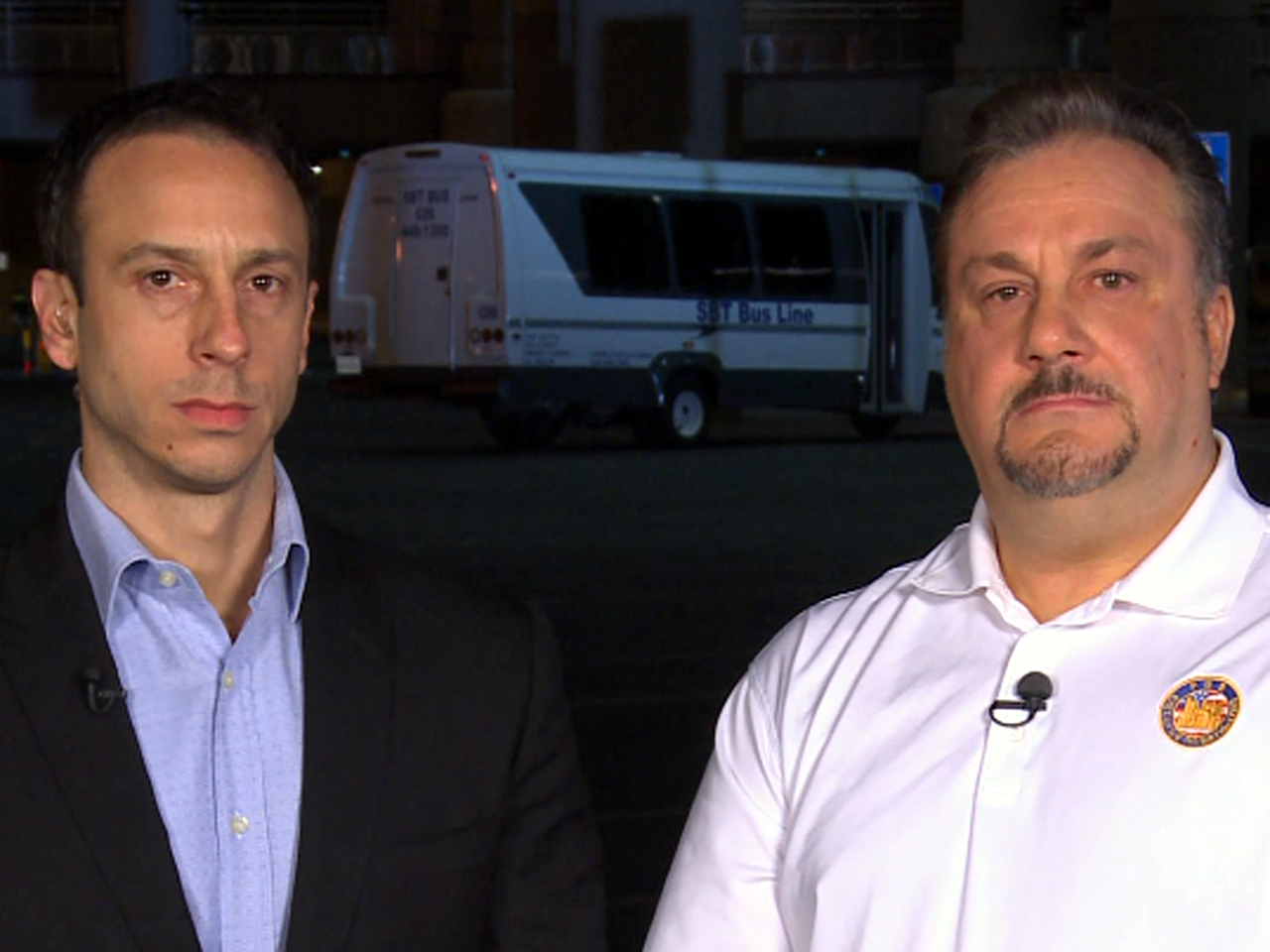 (CBS News) Two JetBlue passengers who subdued their Las Vegas-bound flight's captain before an emergency landing in Texas described him on "CBS This Morning" Wednesday as "deranged," "emotionally disturbed" and "erratic."

Tony Antolino and retired NYPD Sgt. Paul Babakitis told Erica Hill and Charlie Rose that something was amiss aboard Flight 191 when the captain, later identified as Clayton Osbon, unexpectedly emerged from the cockpit mid-flight.

"His behavior was very erratic," said Antolino. "He was very erratic, kind of talking real frenetically. That continued to escalate. I think what was really a trigger that something was going horribly wrong was the crew had prepared an off-duty pilot to move into the cockpit and so when the captain that was in distress went into the restroom that co-pilot was kind of quickly moved into the cockpit."

When the captain left the lavatory, the passengers said he found he was locked out of the cockpit and became upset. (At left, watch CBS News senior correspondent John Miller break down the investigation into the JetBlue incident)

"He started ranting about Iraq, Iran, 'they're going to take us down,' uh, 'say the Lord's prayer,' and then at that point we literally just tackled him to the ground and restrained him," Antolino said.

Babakitis recalled the Sept. 11, 2001, terrorist attacks when he came across the captain.

"Training immediately kicked in," said Babakitis, "and when I initially approached who I first did not believe was a pilot but wearing a uniform that resembled a pilot's uniform I realized that this person was deranged and that we had to take swift action, otherwise there could be dire consequences."

The captain, who Babakitis said couldn't be held by the two pairs of "defective" plastic restraints a JetBlue attendant gave him, didn't say anything rational during the entire incident, Antolino and Babakitis said.

(At left, watch Chesley "Sully" Sullenberger give his perspective on the mid-flight meltdown)

"I insisted upon everyone that were doing the detaining him on the ground not to engage him in any way," said Babakitis. "He's an emotionally disturbed person, and frankly you don't want to agitate him. You don't know what you're going to say that might set him off, so in the best interest of the safety of everyone I said, 'Let's not talk to him. Let's be quiet and let's contain him until the plane lands safely.'"

Above, watch the passengers describe what happened in the cabin
View CBS News In
CBS News App Open
Chrome Safari Continue
Be the first to know
Get browser notifications for breaking news, live events, and exclusive reporting.