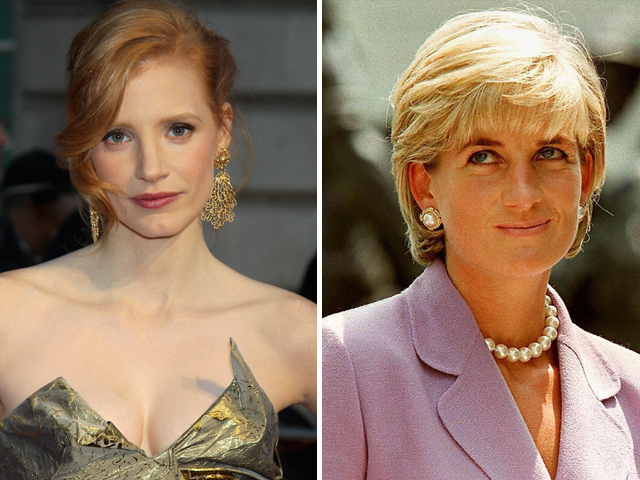 (CBS) American actress Jessica Chastain is reportedly going to play the late Princess Diana in "Caught in Flight," a controversial love story based on the princess' real-life affair.

Chastain ("Take Shelter,""Tree of Life," "The Help"), a California native, will join Meryl Streep ("The Iron Lady," the Margaret Thatcher biopic due out in December) on the list of American actresses to play British icons.

The film is to be directed by Germany's Oliver Hirschbiegel and revolves around the secret affair of the late princess and heart surgeon, Dr. Hasnat Kahn, who was said to be the love of her life, reports IndieWire.

The film described as a "love story between a princess locked in a tower and an ordinary man" is set to go into pre-production in March 2012.

Princess Diana met Dr. Hasnat in 1995 at Royal Brompton Hospital when she was visiting a friend, who was recovering from heart surgery. Diana was reportedly very serious about Hasnat calling him "Mr. Wonderful" and wearing traditional dress while visiting his parents in Pakistan and was even considering converting to Islam so she could marry him, according to IndieWire.

Hasnat maintained his silence about the affair for more than a decade, before coming clean to The Telegraph in 2008.

According to IndieWire, those who have read the script for "Caught in Flight" say the film doesn't cast the princess in very favorable light. She is shown as a damaged person, who stalks to doctor after he ended their affair, reports the site.