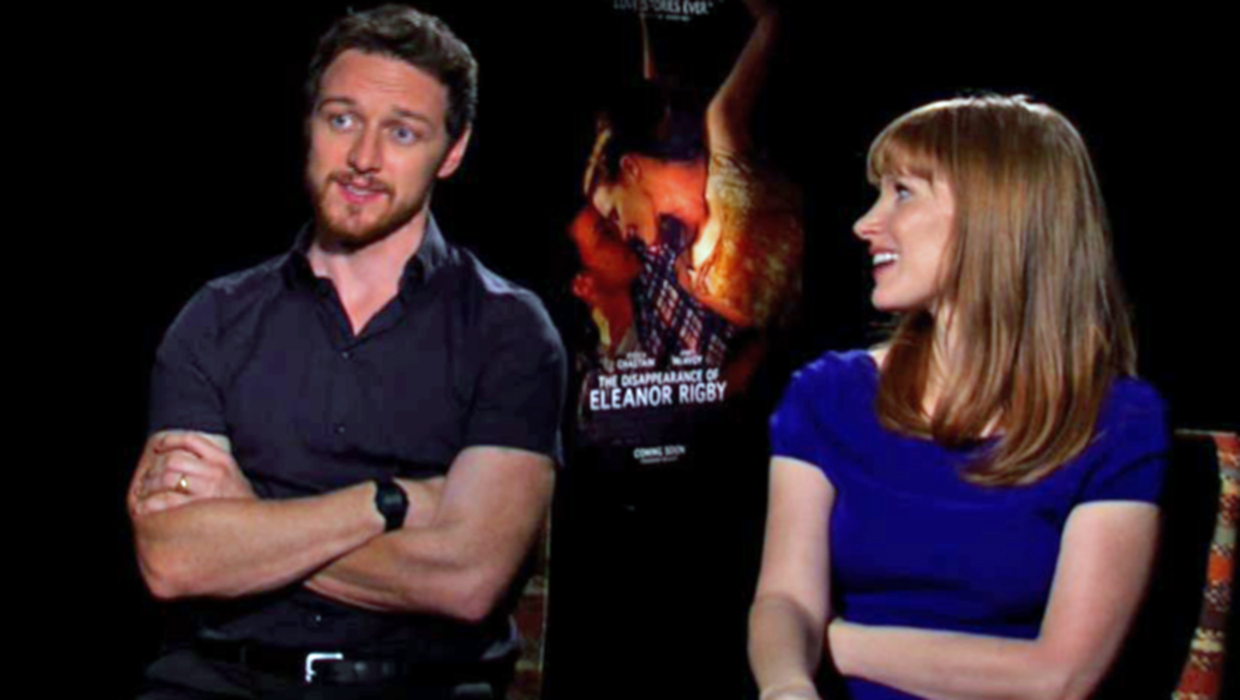 Jessica Chastain and James McAvoy are starring in the new romantic drama "The Disappearance of Eleanor Rigby: Them," the third and final entry in a trilogy of films about a married couple living in New York.

"Him" and "Her" were both released in 2013 to rave reviews, which prompted newcomer writer/director Ned Benson to put together an unplanned third film, "Them," focusing on the couple as they try to mend their relationship following a major event.

"It's when you love someone so much but you don't know how to communicate with them or fix them," Chastain explained to CBS News in a recent interview.

McAvoy said he was drawn to the project by the questions the story poses.

"Can you change as a couple and some people, some couples can't, and it's just really really hard to not believe that love endures then," the "X-Men: Days of Future Past" star said.

Watch the video above to see the actors describe what is like working together on set.

Chastain can also be seen in a new interview airing this weekend on "CBS Sunday Morning."

"The Disappearance of Eleanor Rigby: Them" is now playing in select theaters.