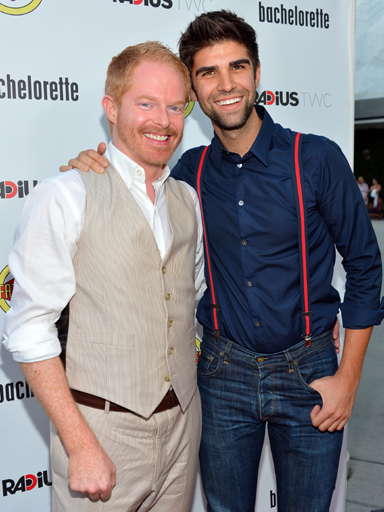 The actor revealed Wednesday in a video that he popped the question to lawyer Justin Mikita. (Watch it below.)

"It's true, I popped the big Q," Ferguson said in the video, which was posted on the website for Tie the Knot, a new foundation he's launching that supports marriage equality.

"I said yes!" Mikita responded in the clip.

Ferguson, 36, and Mikita, 27, who have reportedly been dating for nearly two years, announced the launch of Tie the Knot on Wednesday. They've teamed up with retailer Tie Bar to create a collection of bowties, with proceeds going to organizations that fight for the rights of gays and lesbians. The ties will be available in November.

Ferguson is among the "Modern Family" cast members up for an award at this Sunday's Emmys ceremony.