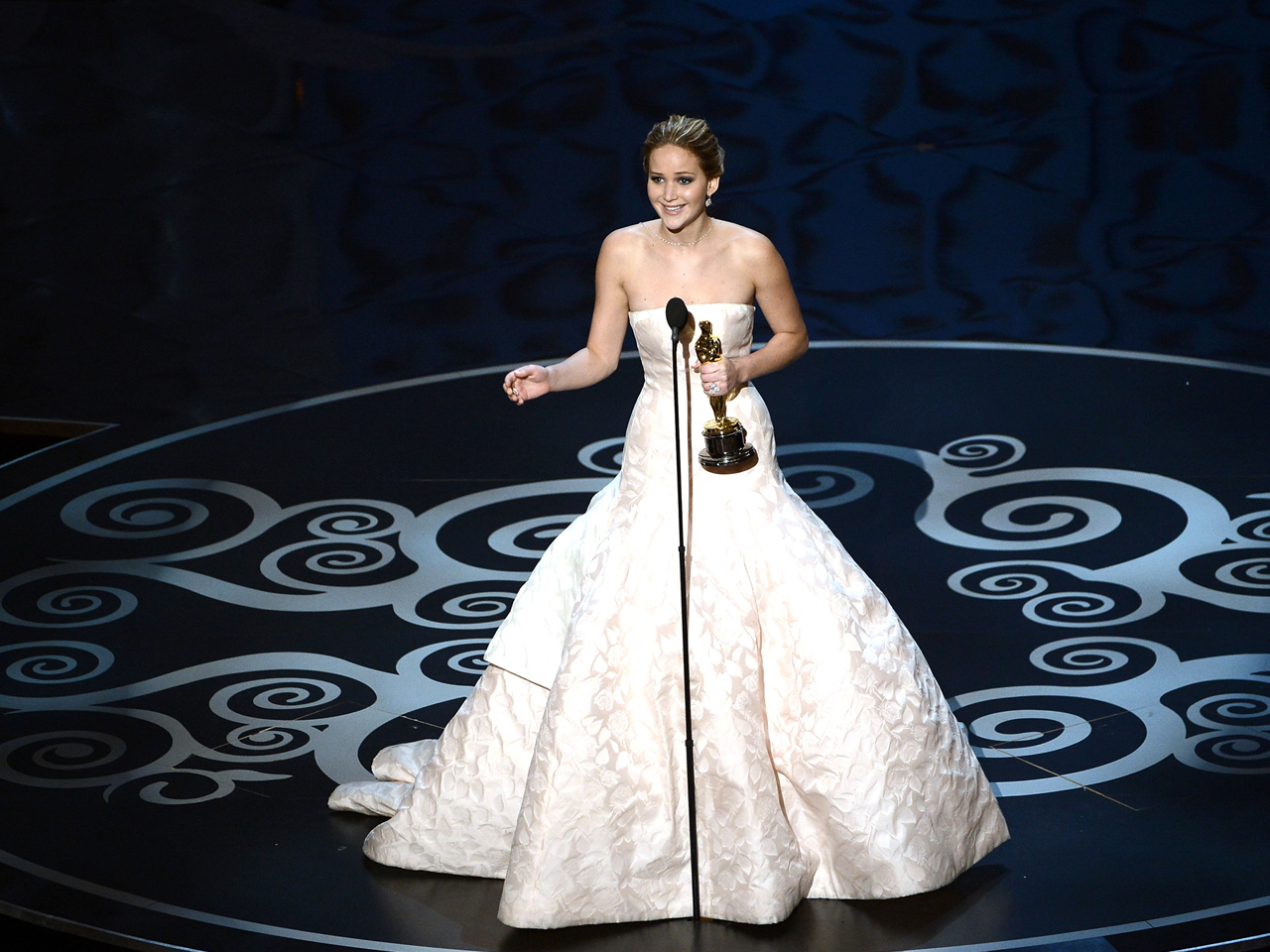 Remembering every person who has helped your career along the way on Oscars night probably isn't easy. Which is why best-actress Oscar winner Jennifer Lawrence has decided to release a statement thanking two key people she forgot to mention when she hit the stage Sunday night at the Academy Awards.

"In the whirlwind of last night, I was remiss to thank two incredibly important people to this film and in my life," Lawrence admitted in a statement to Entertainment Weekly.

"Thank you for the most incredible experience of my life. Thank you for your genius, for your guidance, for teaching me things about myself and nurturing me to be a better actor," Lawrence, 22, said in a statement released to EW.com. "You have so much passion and such a bleeding heart, you believe not only in your films but what your films can do for people and that is the most important thing that I have learned from you.

"You championed this movie and its story from early days. Your passion and unyielding support gave this film the opportunity to thrive and touch so many people. Thank you to both," Lawrence explained. "I will never be able to forgive myself for such a brain fart but I hope that you both can. Obviously it was not on purpose, I couldn't remember what I had already said and my mind went completely blank-your brain does funny things during the most overwhelming moment of your life!"

Perhaps Lawrence was thrown off after stumblingon her way to the Oscars stage.