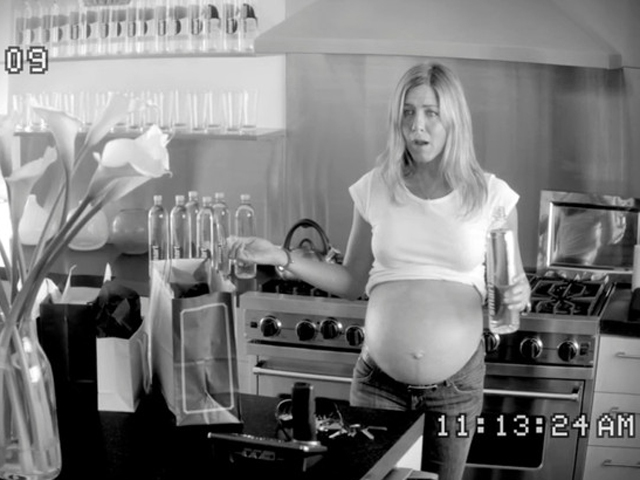 (CBS News) Jennifer Aniston is expecting triplets - not in real life, but in a new, satirical commercial for Smartwater.

The actress, 43, sports a massive baby bump in the humorous video, which is presented as leaked home-security footage and introduced by Ryan Seacrest.

Aniston, who has been a spokesperson for Smartwater since 2007, is already a mother in the video - one of her children is played by Jimmy Kimmel, and the other is an alien.

But that's not all the video revealed - there's also a twist involving Aniston's hair.