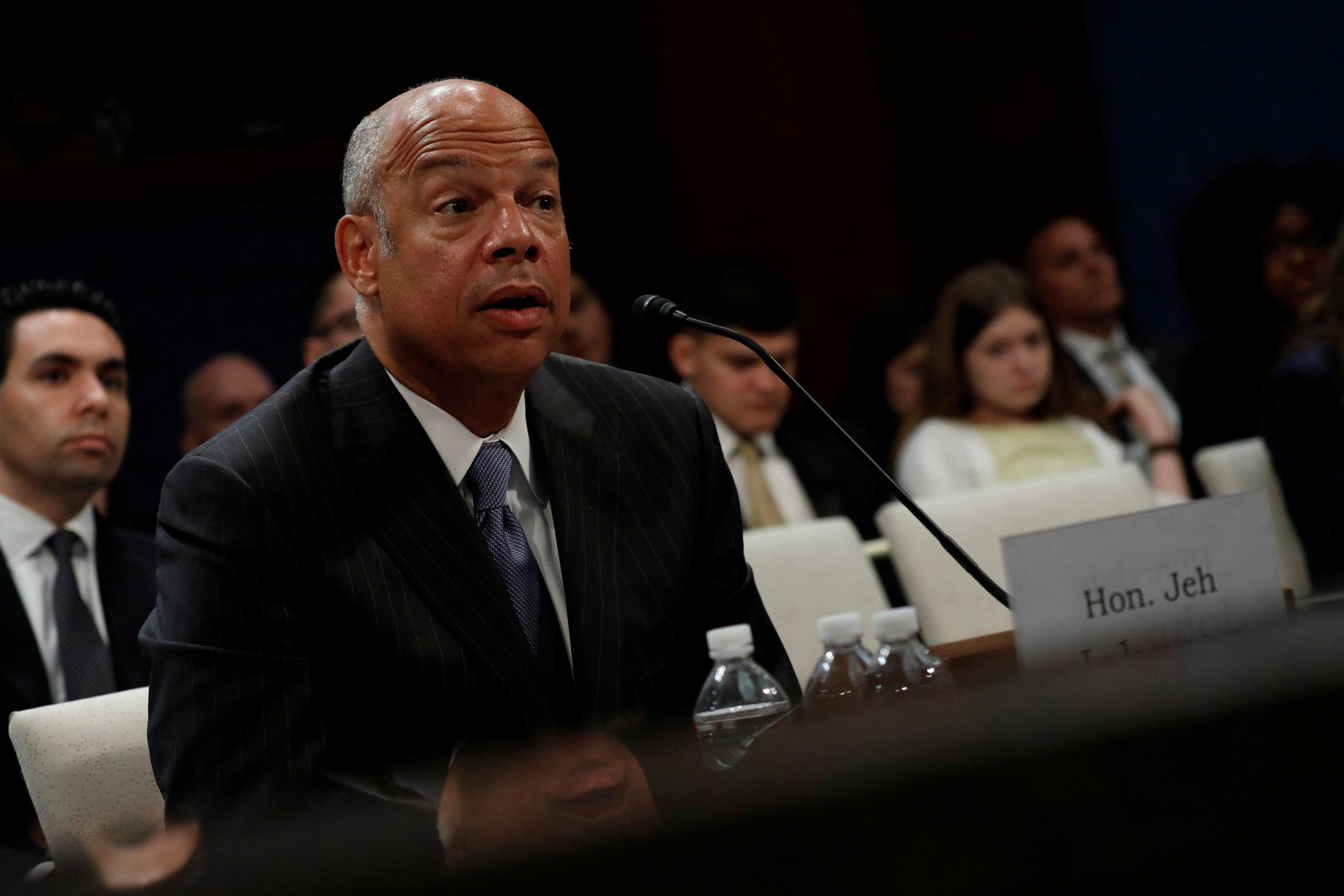 Former Homeland Security Secretary Jeh Johnson testified before the House Intelligence Committee Wednesday that to his knowledge, Russia did not alter vote tallies or ballots in the 2016 U.S. presidential election.

He led DHS amid Russian cyberattacks against the Democratic National Committee (DNC) and Hillary Clinton's campaign chairman John Podesta, as well as attacks against state election databases last year. He advised states on how to protect themselves ahead of the election on Nov. 8.

During the last open hearing held by the House Intelligence panel, former CIA Director John Brennan told lawmakers that Russia may have successfully tried to recruit U.S. persons to influence the election. Brennan also said he was aware of intelligence and information that revealed contacts between Russian officials and U.S. persons involved in the Trump campaign. He couldn't say, however, whether or not the activities amounted to collusion.

The former DHS secretary said you'd have to ask the president, but added that he's seen various statements from him on that topic. Asked if that concerns him, Johnson said that a president and Cabinet members "depends on the intelligence community" and "otherwise, if you don't, you can't effectively do your job."

"You're flying blind," he said.

Rep. Jackie Speier, D-California, asked the question and also asked how the government can ensure Russia won't attempt to alter votes in subsequent elections. Johnson said he made the claim about votes not being altered based upon what he knows, but made clear he has not had access to classified information in five months.

Johnson said that he's "not sure" he had authority at DHS to investigate whether votes were altered. He said DHS does not engage in vote recounts and there are others who have that responsibility.

Johnson reiterated that he and Clapper did make a statement and adds, "We were very concerned that we not be perceived as taking sides in the election, injecting ourself into a very heated campaign or taking steps to themselves delegitimize the election process."

CBS News' Emily Tillett reports that Dr. Sam Liles, acting director of the Cyber Division of DHS, told the Senate Intelligence Committee Wednesday that prior to the election, DHS had no indication that any adversaries, including the Russian government, were planning activities that would change the outcome of the election. However, DHS did detect activities throughout the spring and summer 2016 and later received reports of cyber probing of election infrastructures.

He said election systems in 21 states were targeted in Russian cyber attacks in the 2016 presidential election.

Johnson was asked what more the government should do in the future and he said to raise awareness about the "evils and hazards of spear-phishing." He said at the national level, someone should take the mantle of cybersecurity on "full time" to highlight the cyber issue. He said he would prefer that that person be from DHS.

"We really need a national leader to take charge of this issue," Johnson said.

The former DHS secretary was asked by Rep. Trey Gowdy, R-South Carolina, what more the administration could have done before the election. Johnson said "hindsight is brilliant" and he said, "I think it was unprecedented the scale and scope of what we saw them doing."

Johnson explained that one of the candidates, President Trump, was claiming that the election would be "rigged" and that by accusing Russia of being responsible for the cyber intrusions would undermine the integrity of the process. That comment, therefore, prevented the administration from going public about Russia sooner, he suggested. Johnson released a joint statement with former Director of National Intelligence James Clapper on Oct. 7 accusing Russia of being behind the attacks.

Johnson says that in his view, designating the election systems as critical infrastructure was a "no-brainer" and "should have been done years before."

He said that it's only confined to the election infrastructure and not the politicians and not and political parties. Johnson noted that 16 sectors were already considered critical infrastructure.

He said his recollection is that the FBI first discovered the intrusion into the DNC and he said "I recall very clearly that there was a delay between that initial contact" with the DNC and when the report got to him as DHS secretary.

When it came to the initial scanning and probing of voter registration systems, it was discovered in late August, he said, and once it was found, he said that information came to him and other senior people at DHS "pretty quickly."

2016 election should be wake-up call to Congress and president, Johnson says

The former DHS secretary says the key question for the president and Congress is what will be done to protect the U.S. democracy from the threat of cyberattacks in the future. Johnson said that last year's "very troubling experience" highlights "cyber vulnerabilities in our political process and our election infrastructure."

The top Democrat on the panel, Rep. Adam Schiff, D-California, said he'd like to hear from Johnson how the U.S. government responded to the Russian cyberattacks last year, the threat Russia posed and what steps the Obama administration took to protect election institutions.

He released a 6-page prepared statement on the eve of the hearing that praises the Committee's investigation and calls out Russian President Vladimir Putin for orchestrating cyberattacks with the direct purpose of influencing the 2016 election.