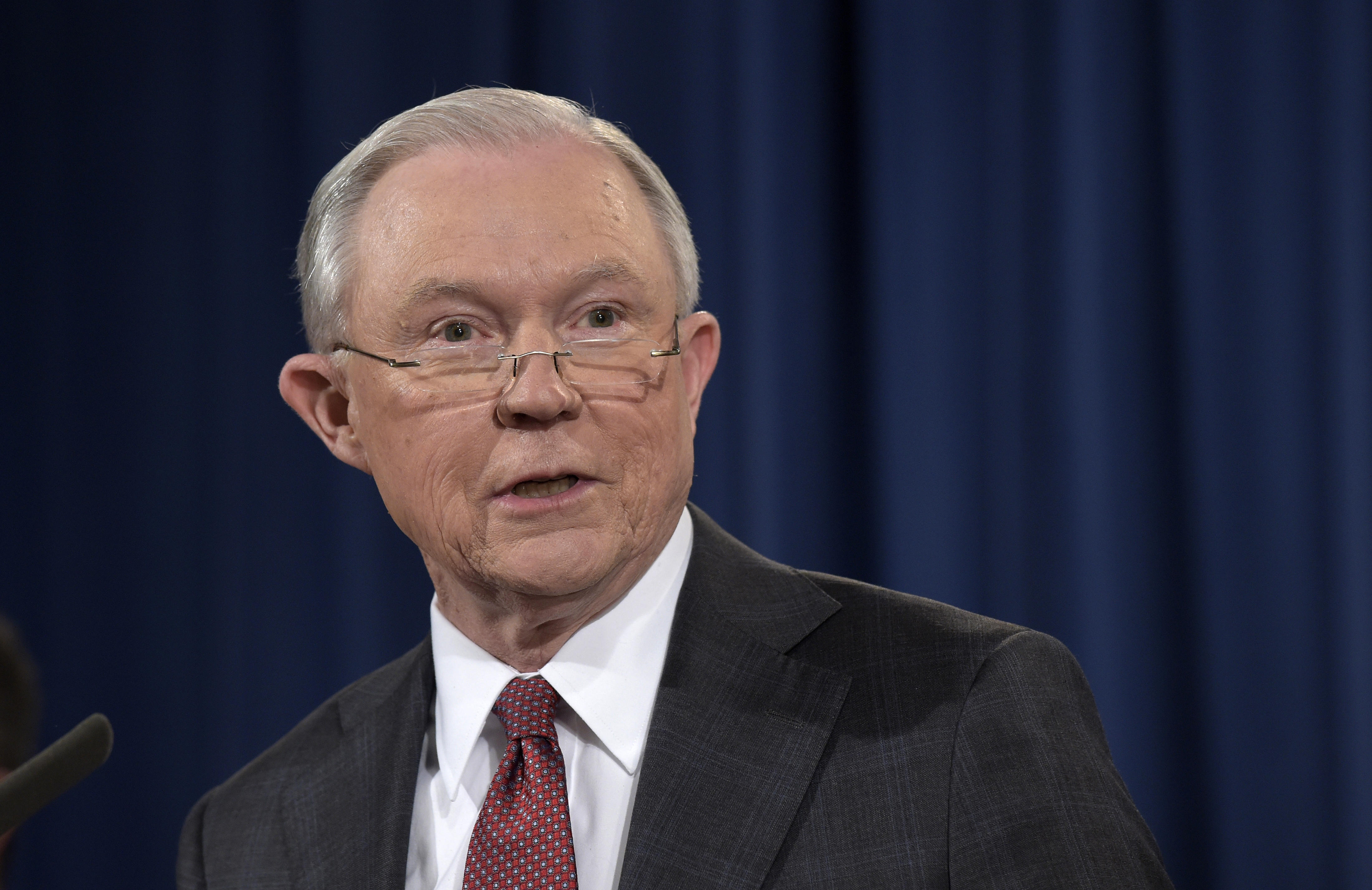 His feeling, he said, was that he did not feel like he should investigate a campaign he had had a role in.

He defended himself against claims that he provided “incorrect and false” information about his contact with Russian Ambassador Sergey Kislyak, noting that he was “taken aback” by the line of questioning and in retrospect should have “slowed down” and answered more carefully.

He recalled a few details from the meeting with Kislyak -- mainly that their conversation over Ukraine had grown testy -- Kislyak maintained that Russia had done nothing wrong.

4:20 p.m. ET After the final question of the press conference, Sessions said he was “taken aback” by questions about meetings with Russian officials during his confirmation hearing, which is why he answered the way he did.

“With retrospect, I should have slowed down and said I did meet with one Russian official and that was the Russian ambassador,” he said.

“They don’t know the rules, the ethics rules, most people don’t,” Sessions said of the White House. “But when you evaluate the rules I feel like I am -- I should not get involved investigating a campaign I had a role in.”

4:17 p.m. ET Taking questions from reporters, Sessions said he does not believe he discussed political matters with Kislyak and that he does not recall any meetings with the Russian ambassador outside of the two meetings that have been discussed today.

“I don’t recall any specific political discussions,” Sessions said, though he added that ambassadors “are pretty gossipy.”

4:14 p.m. ET Sessions said his staff suggested recusal and that he agreed with their assessment, saying he will recuse himself from any investigations involving the Trump campaign, current or future.

“I have recused myself in the matters that deal with the Trump campaign,” he said, clarifying that this meant he would recuse himself from “any existing or future investigations” involving or relating to the Trump campaign.

4:11 p.m. ET Sessions defended his answers on Russian contact during his confirmation hearing, calling “the idea that I was part of a ‘continuing exchange of information’” between Trump campaign officials and the Russian government “totally false.”

“My reply to the question of Sen. Franken was honest and correct as I understood it at the time,” he said.