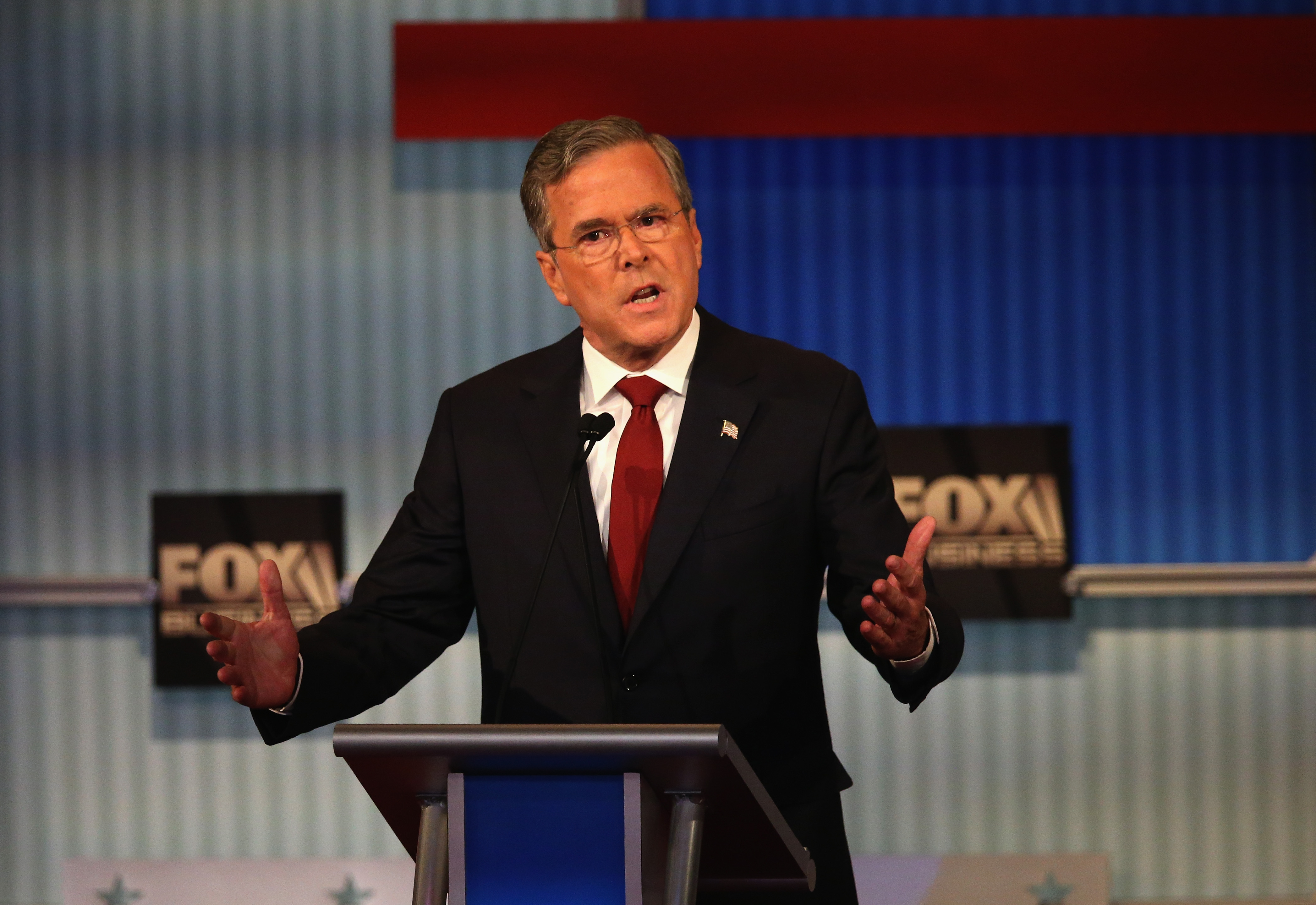 Titled "Tough Enough," the ad begins with a narrator who says "one candidate tough enough to take on the bully."

"Donald, you're not going to be able to insult your way to the presidency. That's not gonna happen," Bush told Trump on stage.

The narrator says Bush, a former Florida governor, is the "one candidate tough enough to take on ISIS" who will destroy the terrorist group and keep the U.S. safe.

"The United States should not delay in leading a global coalition to take out ISIS with overwhelming force," Bush says, in a clip that follows.

CBS News confirmed the ad will air on broadcast stations in Iowa and New Hampshire and nationally on Fox News and it cost more than $3 million.