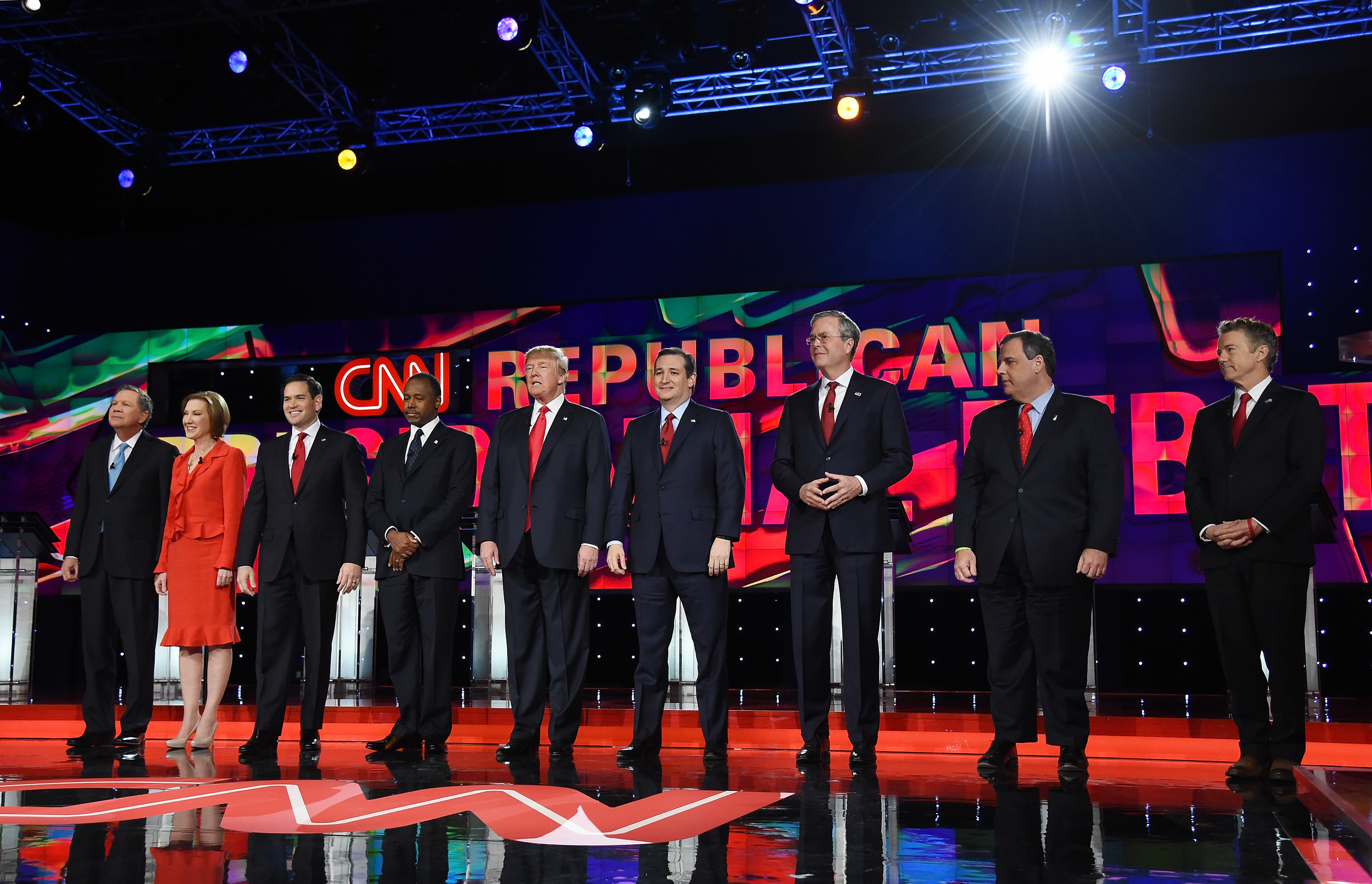 Donald Trump found himself defending his controversial proposal to temporarily ban Muslims from entering the U.S. early in the fifth Republican debate.

But Jeb Bush argued that it defied logic to ban all Muslims and at the same time convince them "to be part of a coalition to destroy ISIS." He pointed out that Kurdish allies, whom he called "the greatest fighting force and our strongest allies," are Muslim. And then Bush went on to dismiss Trump's ban as "not a serious proposal," continuing, "Donald, you know, is great at the one liners but he's a chaos candidate and he'd be a chaos president, he would not be the commander-in-chief we need to keep our country safe."

Trump responded by insulting Bush and his campaign. "Jeb doesn't really believe I'm unhinged," he started. "He said that very simply because he has failed in this campaign; it's been a total disaster. Nobody cares."

Bush argued that the Arab world needed to be engaged to stop ISIS, and that under Trump's proposal, "They can't even come to the country to engage in a dialogue about this. That's not a serious proposal. We need a serious leader to deal with this. And I believe I'm that guy."

After the debate, in an interview with CBS News' Chief White House Correspondent Major Garrett, Trump expanded on the question of privacy versus security posed by Rand Paul -- that presidents, in defending the country face a tension between the Bill of Rights and the war on Terrorism. Asked where he stood, Trump told Garrett that while "I don't like anybody interfering with what I'm doing, he said, "I've always come down on the side of security. To me it's the most important."