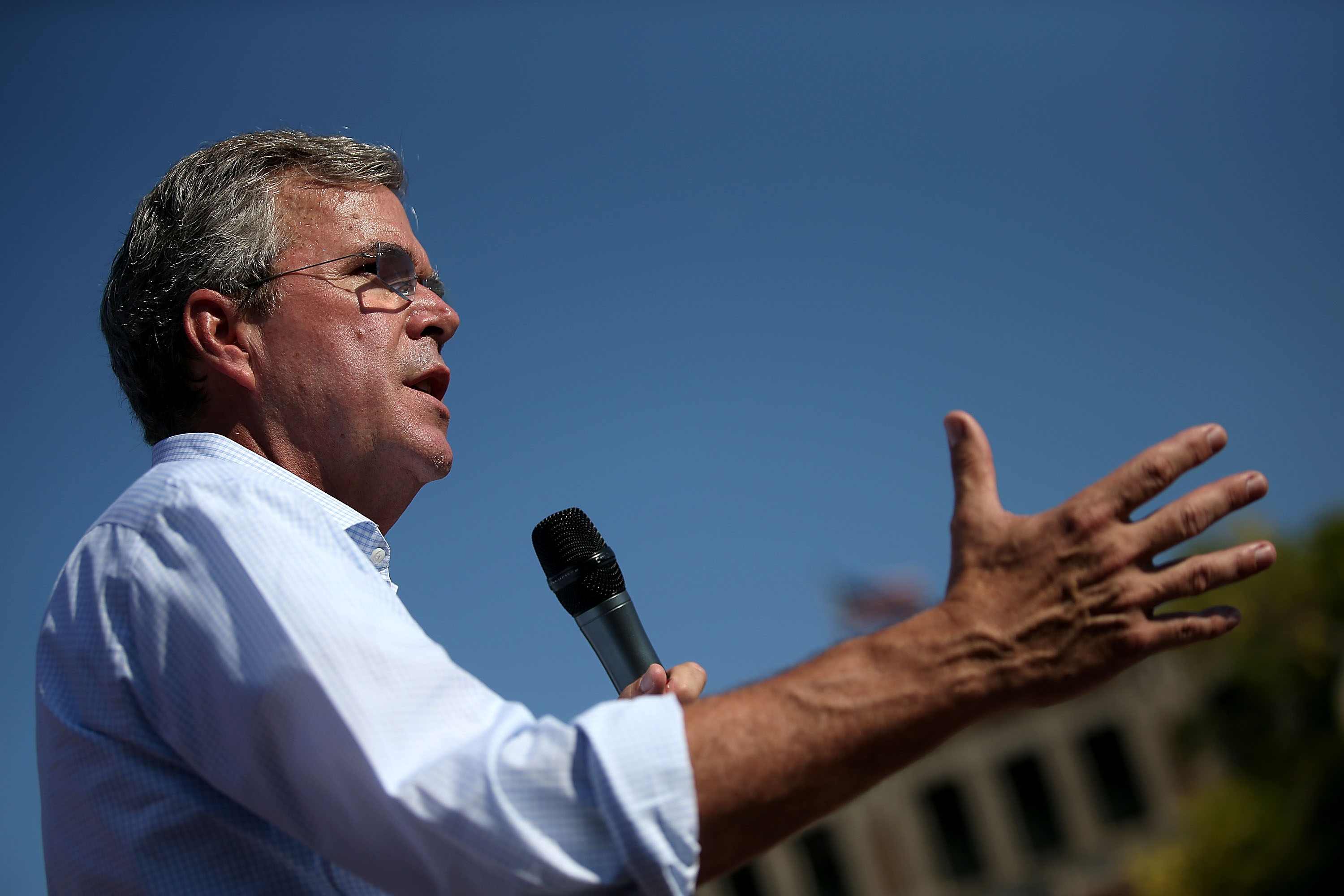 Right to Rise USA, a super PAC that supports Republican presidential candidate Jeb Bush, has come out with a mailer that have some crying "Photoshop foul."

If you look closely at the Twitter preview of the ad, Bush's left hand in the photo has a decidedly darker skin tone than the rest of his body. According to the super PAC, the email went out to thousands of voters in the early voting state of Iowa.

Here's a closer look at the photo:

But when asked by CBS News whether the organization had superimposed Bush's head on another person's body, Right to Rise spokesman Paul Lindsay said "no" -- it was indeed Bush's body.

As Time magazine noticed, the photo of Bush seemed to be Photoshopped onto a stock image of a Cedar Rapids bridge.

Lindsay later Tweeted the original photo of Bush that Right to Rise had used:

While super PACs are allowed, under Federal Election Commission rules, to advertise on behalf of a candidate, they are not allowed to coordinate directly with the presidential campaign. The rule could prevent a super PAC -- even one with a more than $100 million treasure chest -- from asking for a photo of Bush while visiting Iowa.