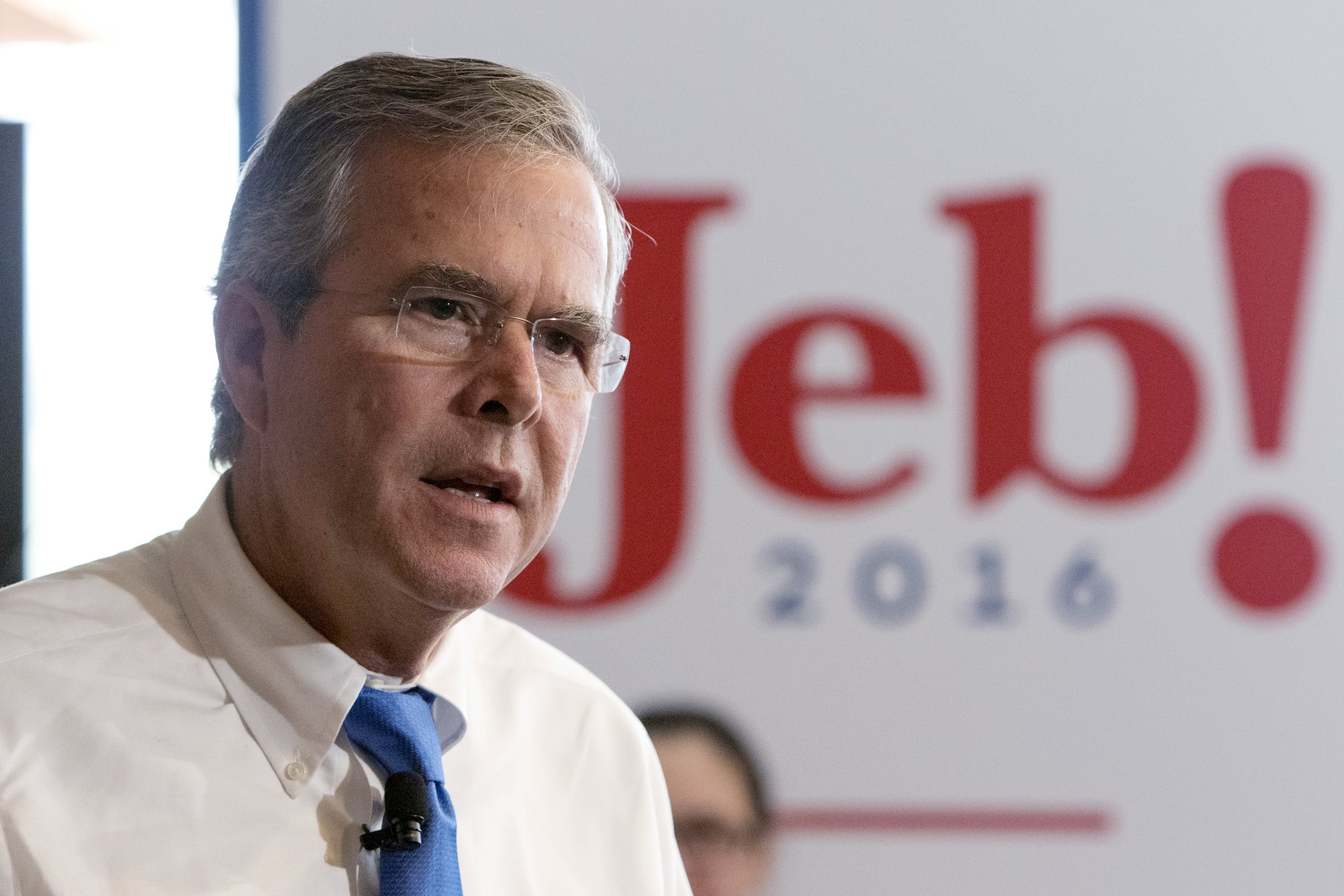 Republican presidential candidate Jeb Bush will appear on the ballot of the 50th state, Hawaii, next March-- he'll be the first candidate in the Republican presidential field to secure access to that state's ballot. You may not see the Floridian wearing lei around his neck any time soon, but his campaign is pointing to this as a sign of Bush's commitment to compete for every delegate.

The campaign will also announce the formation of its Hawaii Leadership Committee comprised of former Congresswoman Pat Saiki, Hawaii House Rep. Barbara Marumoto, and Phil Hellreich whose wife is the current Republican national committeewoman of Hawaii. In a statement endorsing the Florida Republican, former Congresswoman Saiki called him "truly qualified" and praised his "positive plans for the future of our nation."

The Bush campaign is trying to moving quickly to gain ballot access to all the states. It was also the first campaign to qualify for the Vermont primary ballot, filing the necessary signatures even before its home state senator, Democratic presidential candidate Bernie Sanders. And earlier in September, Bush became the first candidate to secure access to the ballot for the Kentucky caucuses, even beating Kentucky Senator Rand Paul.

Ballot access is notoriously difficult in some states, like Virginia. The state requires 5,000 signatures, including 200 from each of its 11 congressional districts. During the 2012 Republican presidential primary, several candidates - Rick Santorum, Newt Gingrich and Rick Perry were unable to qualify to appear on Virginia's ballot.

With that in mind, several of the Republican candidates are working to complete their ballot filings. Ben Carson, as the Wall Street Journal pointed out, had an even more exotic filing to announce than Hawaii - he was the first to file in the Northen Mariana Islands and the U.S. Virgin Islands.