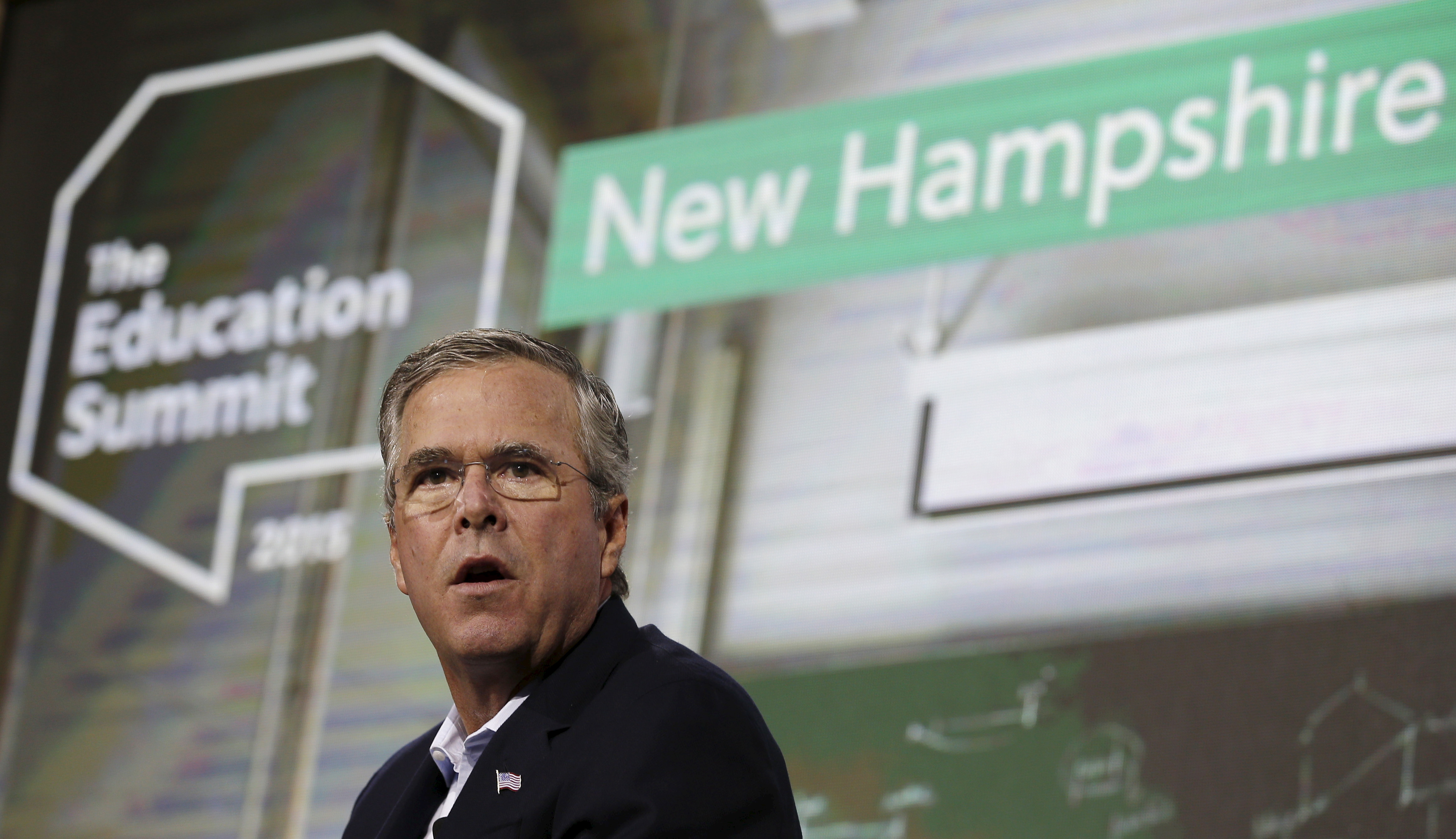 Former Florida Gov. Jeb Bush and other 2016 Republican presidential hopefuls on Wednesday endorsed school vouchers as a means of driving competition and innovation in the nation's school systems.

"Why not allow total voucherization? Nevada is moving in this direction," Bush said at a New Hampshire education summit. "Let the suppliers come up with the creative solutions, have high expectations and accountability, and get out of the way."

Bush said schools would benefit from "innovation" since "the system we have today is still designed as though it was in the 1930's."

Former Hewlett-Packard CEO Carly Fiorina similarly stressed the importance of "making sure that literally every parent, regardless of their circumstances, has a choice about how and where to educate their child."

She also praised Nevada's reforms as "really innovative," explaining that the state's new law permits parents to open a K-12 education account. Through that account, public funding follows a child to whichever school their parents send them to. Consequently, "the school district has the funding to make that choice pay off," Fiorina said.

Nevada's new rules, passed by the Republican-led state legislature with the help of the education organization that Jeb Bush founded, is highly controversial and fiercely opposed by Democrats and several education organizations. The rules, those groups say, will destabilize the public school system by allowing richer students to use their vouchers as subsidies for private schools. That would leave academically-struggling and low-income students at lower-funded public schools.

"I am terrified that there are more and more state legislators and state governors who have bought into this very dangerous idea that school is a commodity," Lily Eskelsen García, president of the National Education Association, told the Washington Post. "It's not profitable for very good private schools to allow in children who are disabled, kids who don't speak English, kids whose parents are struggling to put food on the table."

Nevada in recent years has been among the 10 states that spend the least per pupil on public education, the Post reported.

At an education conference earlier in the year, Stanford University researcher Margaret "Macke" Raymond told Ohio educators, "Be very glad that you have Nevada, so you are not the worst."

"I will tell you we're not going to tolerate failed charter schools," said Kasich, who has put forward ideas for more oversight of the charter school system.

The governor said he's overseen reforms in the state designed to address a public school system that was already failing. For instance, he worked with bipartisan lawmakers to put a "CEO" in charge of Cleveland public schools to overhaul the system. In July, he signed a bill that allows the state to appoint a "CEO" to any school district that's failed for three consecutive years.

"As the schools improve, we will hand them back to the local school board," he said. "We don't tolerate a long period of failure anymore in Ohio."

Kasich also touted the availability of vouchers in the state, even though only around 20,000 vouchers of the 60,000 in Ohio have been used. "I'm always mystified more people aren't taking advantage of it," he said.

Like Kasich, Fiorina stressed that there needs to be better accountability over charter schools.

"There are states that maybe have taken a good thing and made too much of it," she said. For instance, Texas has some "great charter schools," she said, adding that it is but "also true... that charter licenses have been handed out without sufficient regard to quality."