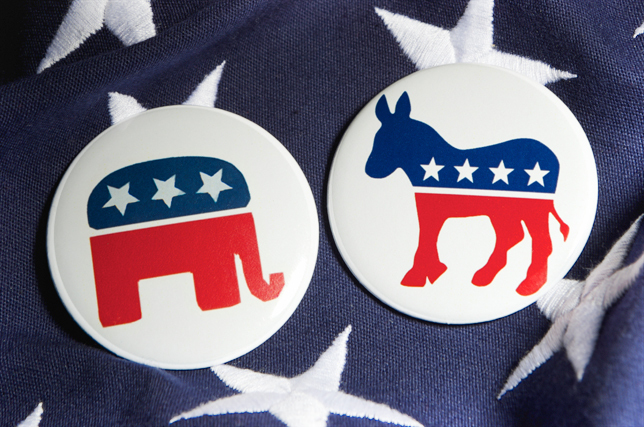 Not long after former Florida Gov. Jeb Bush announced he was actively exploring a 2016 presidential bid, he moved to set up two fundraising vehicles named "Right to Rise." One is a leadership political action committee (PAC) and the other, a super PAC.

It's no secret that it takes a lot of money to run for president -- both President Obama and GOP nominee Mitt Romney raised more than $1 billion combined for their 2012 White House bids. Bush isn't yet raising money for his own bid -- he's still in the exploratory phase. The cash brought in by the two committees can be used to support other candidates, the party, or to fund Bush's travel to engage in those activities.

And it is a way for Bush to start activating his potential donor network. Federal election law will enable him to take the money that his super PAC is raising right now and turn it toward the support of his yet undeclared candidacy.

Let's start with some basic definitions.

What is a leadership PAC?

A leadership PAC is a fundraising vehicle that allows a politician to raise money to help other candidates and earn some favors. Individuals, other PACs, or party committees can donate $5,000 to these committees each year, and the leadership PAC in turn can disburse up to $5,000 to other candidate committees per primary, general or special election, $5,000 each year to other PACs and $15,000 to the national party committee. They are registered with the Federal Election Commission (FEC) and all of their contributions and expenditures are reported.

"In the case of people with presidential aspirations they might donate to officials in Iowa or other states with important primaries to try to get local officials on their side," Viveca Novak, the Editorial and Communications Director for Center for Responsive Politics, told CBS News. "They can also use that for travel to sort of raise their national profile and since they're not declared candidates yet it can't be argued that the money is going to their campaign."

What is a super PAC?

A 2010 Supreme Court decision created this new type of PAC, which can raise unlimited amounts from various sources -- individuals, corporations or unions. The super PAC can use that money to run any kind of ads and provide any kind of support to a candidate, as long as it's not coordinating with the candidate. Super PACs report their donors to the FEC, unlike so-called "dark money" groups - whose donors can remain anonymous.

Once a super PAC is supporting a candidate, however, it is forbidden from directly communicating with that candidate's campaign.

"Coordination is a very ill-defined concept but generally means that they cannot coordinate, they cannot plot strategy together, but the candidate can appear at fundraisers for the super PAC as long as they're not explicitly asking for more than $5,000," Novak said.

Bush, of course, is not formally a candidate. So what does that mean for him?

Right now, the Right to Rise super PAC can raise unlimited amounts of money to use on Bush's behalf, for travel around the country, political advertising, or just about any campaign activity, all because he is not a candidate. Not yet, anyway. Still, if he starts talking too much about what his own presidency might look like in direct terms, the FEC might try to call foul and force him to adhere to the rules of someone who is a declared presidential candidate. In that case he would have to give up the super PAC, or only use it to support other candidates. He could solicit donations for a presidential campaign but he would limited to the $2,600 per donor per election (the primary and general are considered separate).

"What he's trying to do is maximize his money and maximize the amount of money he can take in from individual contributors," Lawrence Noble, senior counsel at the Campaign Legal Center and a former FEC general counsel, told CBS News.

If Bush decides to declare he's running for president, he can no longer control his super PAC. But if he transfers it to another person's control, the new head of the super PAC can take all of the money Bush raised while he wasn't a candidate -- with no limits on the amount he could ask for -- and start using it to help Bush's official campaign. At that point, Bush would be subject to the election rules governing candidates.

"At that point the coordination of strategy wouldn't be permitted," Novak said. But, she added, "He would have had the advantage to set all kinds of plans in motion beforehand.

Super PACs seemed to sprout up constantly during the 2012 presidential campaign, but they weren't created by the candidates themselves. Donors like Sheldon Adelson were the prime movers, pouring money into super PACs supporting Newt Gingrich and Mitt Romney, among others. In this respect, Bush is a trailblazer in the fundraising world.

"If Jeb Bush is successful at it and gets away with it, we may see more" candidates starting their own super PACs, Noble said.

Bush is testing the campaign finance rules in a way that no other presidential candidate has. Noble said that the key lies in what he says and what he does while he is traveling on the dime of either his leadership PAC or super PAC.

Still, while the FEC may be watching Bush closely, it's not yet clear whether they'll be able to do much to stop him or any other candidate that emulates him. He will certainly come under scrutiny by outside groups, although complaints often go unresolved until after the election is over.

"It would depend on the facts," Noble said, calling the FEC "notoriously weak" when it comes to candidates pushing the boundaries of what they can legally do.