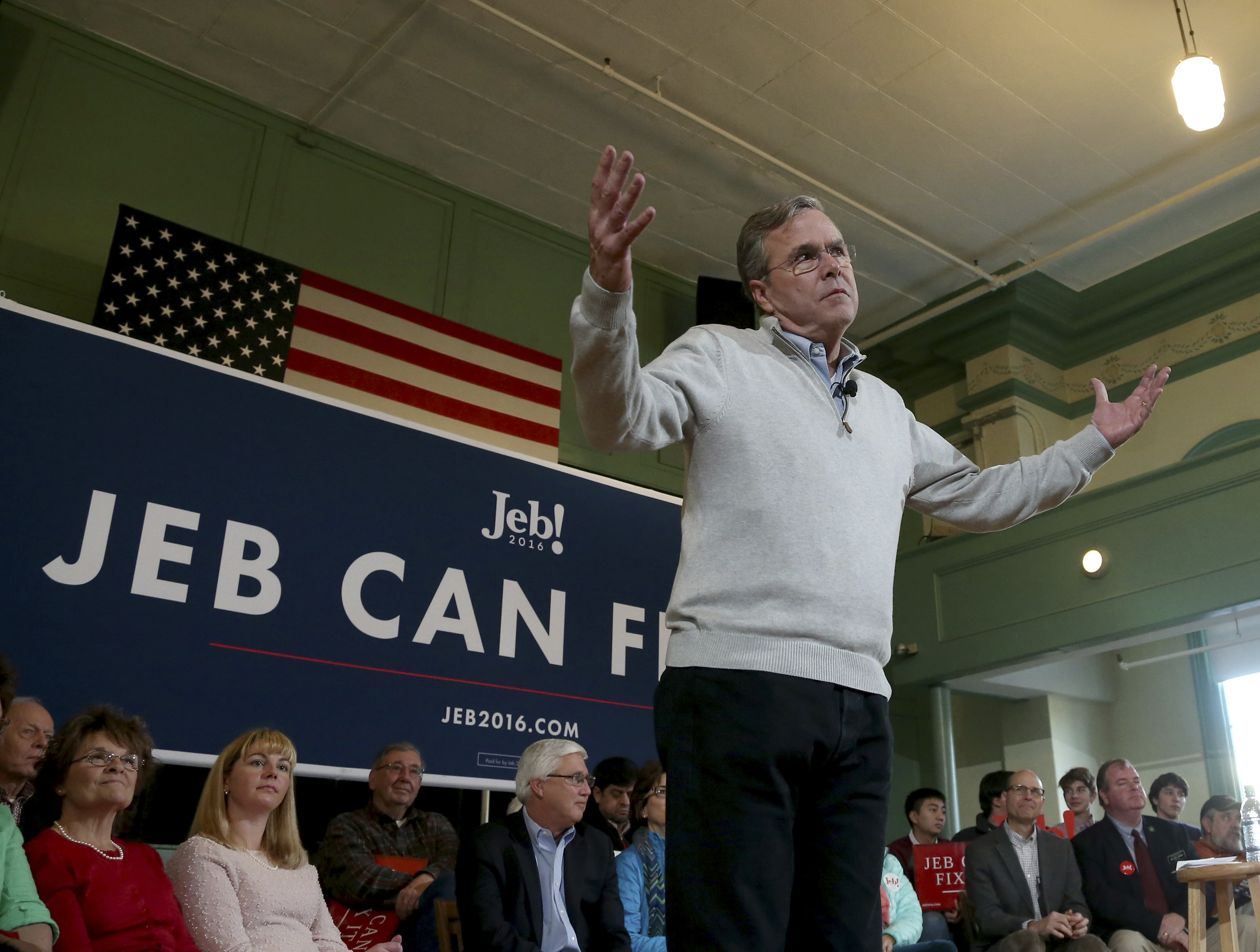 MANCHESTERWith one month left to go until the first votes in the Republican primary race, Jeb Bush's campaign is making a major strategic adjustment in the face of his stagnant poll numbers, moving most of their Miami-based staff into early states and more than doubling his New Hampshire staff.

The late change, announced on a conference call with campaign staffers on Wednesday, is an acknowledgement that the Bush organization's reliance on heavy TV ad spending does not pack the kind of punch it was expected to.

Bush and his allies have already spent $26 million on TV ads, according to media research group Kantar and the Associated Press.

"These are strategic adjustments of resources that will allow us to have by far the biggest ground army in the early states -- particularly in New Hampshire -- where we will have 40 full time paid staff making voter contact and spreading Jeb's message on an individual basis," Tim Miller, a Bush spokesman, told CBS News.

A total of 60 staffers will be deployed from Bush's Miami headquarters to early voting states: 20 to New Hampshire, 10 to Iowa, 10 to South Carolina and 10 to Nevada.

Also announced on Wednesday by the Bush campaign: the cancellation of roughly $3 million's worth of TV ad reservations in Iowa and South Carolina, allowing for a significant increase in paid voter contact, conservative talk radio, digital ads and mail.

"Given the fact that Jeb and Jeb's supporting groups have nearly 20 million already reserved on TV, it makes sense for campaign to take its resources and dedicate it to direct and individual contact," Miller added.

The pro-Bush Super PAC, Right to Rise, has reserved roughly $19 million in advertising in Iowa, New Hampshire and South Carolina.