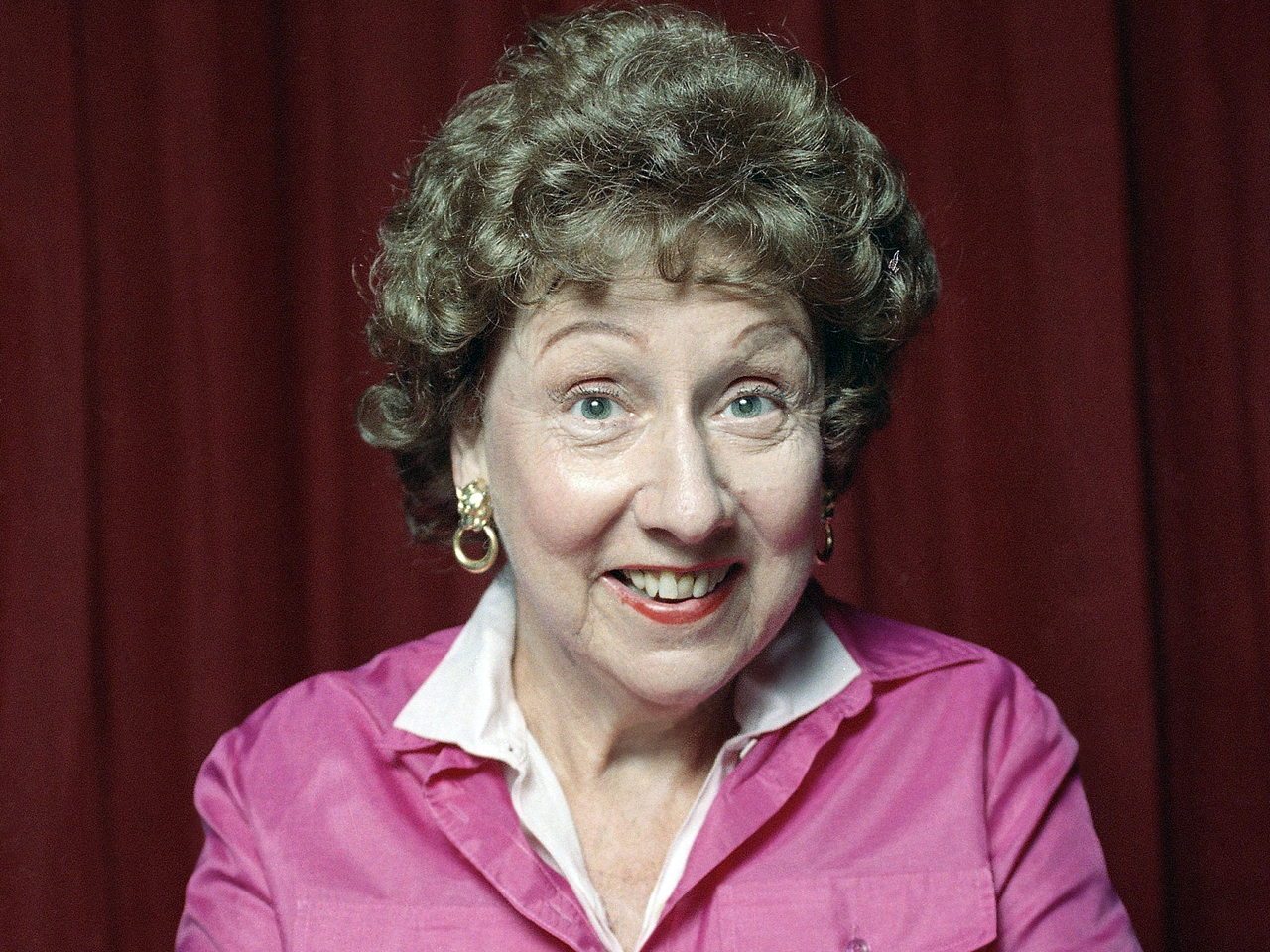 NEW YORK Jean Stapleton, the stage-trained character actress who played Archie Bunker's far better half, the sweetly naive Edith, in CBS' groundbreaking 1970s comedy "All in the Family," has died. She was 90.

"Jean was a brilliant comedienne with exquisite timing," Rob Reiner, who played the Bunkers' liberal son-in-law Mike, aka Meathead, on the show, said in a statement to CBS News. "Working with her was one of the greatest experiences of my life. My thoughts go out to her family."

Little known to the public before "All in the Family," she co-starred with Carroll O'Connor in the top-rated CBS sitcom about an unrepentant bigot, the wife he churlishly but fondly called "Dingbat," their daughter Gloria (Sally Struthers) and Meathead (Reiner).

Stapleton received eight Emmy nominations and won three times during her eight-year tenure with "All in the Family." Produced by Norman Lear, the series broke through the timidity of U.S. TV with social and political jabs and ranked as the No. 1-rated program for an unprecedented five years in a row. Lear would go on to create a run of socially conscious sitcoms.

Stapleton also earned Emmy nominations for playing Eleanor Roosevelt in the 1982 film "Eleanor, First Lady of the World" and for a guest appearance in 1995 on "Grace Under Fire."

Her big-screen films included a pair directed by Nora Ephron: the 1998 Tom Hanks-Meg Ryan romance "You've Got Mail" and 1996's "Michael" starring John Travolta. She also turned down the chance to star in another popular sitcom, "Murder, She Wrote," which became a showcase for Angela Lansbury.

The theater was Stapleton's first love and she compiled a rich resume, starting in 1941 as a New England stock player and moving to Broadway in the 1950s and '60s. In 1964, she originated the role of Mrs. Strakosh in "Funny Girl" with Barbra Streisand. Other musicals and plays included "Bells Are Ringing," "Rhinoceros" and Damn Yankees," in which her performance — and the nasal tone she used in "All in the Family" — attracted Lear's attention and led to his auditioning her for the role of Archie's wife.

"I wasn't a leading lady type," she once told the AP. "I knew where I belonged. And actually, I found character work much more interesting than leading ladies." Edith, of the dithery manner, cheerfully high-pitched voice and family loyalty, charmed viewers but was viewed by Stapleton as "submissive" and, she hoped, removed from reality. In a 1972 New York Times interview, she said she didn't think Edith was a typical American housewife — "at least I hope she's not."

"What Edith represents is the housewife who is still in bondage to the male figure, very submissive and restricted to the home. She is very naive, and she kind of thinks through a mist, and she lacks the education to expand her world. I would hope that most housewives are not like that," said Stapleton, whose character regularly obeyed her husband's demand to "stifle yourself."

But Edith was honest and compassionate, and "in most situations she says the truth and pricks Archie's inflated ego," she added.

She confounded Archie with her malapropos — "You know what they say, misery is the best company" — and open-hearted acceptance of others, including her beleaguered son-in-law and African-Americans and other minorities that Archie disdained.

As the series progressed, Stapleton had the chance to offer a deeper take on Edith as the character faced milestones including a breast cancer scare and menopause. She was proud of the show's political edge, citing an episode about a draft dodger who clashes with Archie as a personal favorite.

But Stapleton worried about typecasting, rejecting any roles, commercials or sketches on variety shows that called for a character similar to Edith. Despite pleas from Lear not to let Edith die, Stapleton left the show, re-titled "Archie's Place," in 1980, leaving Archie to carry on as a widower.

"My decision is to go out into the world and do something else. I'm not constituted as an actress to remain in the same role ... My identity as an actress is in jeopardy if I invested my entire career in Edith Bunker," she told the AP in 1979.

She had no trouble shaking off Edith — "when you finish a role, you're done with it. There's no deep, spooky connection with the parts you play," she told the AP in 2002 — but after O'Connor's 2001 death she got condolence letters from people who thought they were really married. When people spotted her in public and called her "Edith," she would politely remind them that her name was Jean.

Stapleton proved her own toughness when her husband of 26 years, William Putch, suffered a fatal heart attack in 1983 at age 60 while the couple was touring with a play directed by Putch.

Stapleton went on stage in Syracuse, N.Y., that night and continued on with the tour. "That's what he would have wanted," she told People magazine in 1984. "I realized it was a refuge to have that play, rather than to sit and wallow. And it was his show."

Stapleton was born in New York City to Joseph Murray and his wife, Marie Stapleton Murray, a singer. She attended Hunter College, leaving for a secretarial stint before embarking on acting studies with the American Theatre Wing and others.

Stapleton had a long working relationship with playwright Horton Foote, starting with one of his first full-length plays in 1944, "People in the Show," and continuing with six other works through the 2000s.

"I was very impressed with her. She has a wonderful sense of character. Her sense of coming to life on stage — I never get tired of watching," Foote told the AP in 2002. He died in 2009.

She and Putch had two children, John and Pamela, who followed their parents into the entertainment industry.

Her post-"All in the Family" career included a one-woman stage show, "Eleanor," in which she portrayed the wife of President Franklin D. Roosevelt. Stapleton spent summers working at the Totem Pole Playhouse near Harrisburg, Pa., operated by her husband, William Putch. She made guest appearances on "Murphy Brown" and "Everybody Loves Raymond" and even provided the title character's voice for a children's video game, "Grandma Ollie's Morphabet Soup."

For years, she rarely watched "All in the Family," but had softened by 2000, when she told the Archive of American Television that enough time had passed.