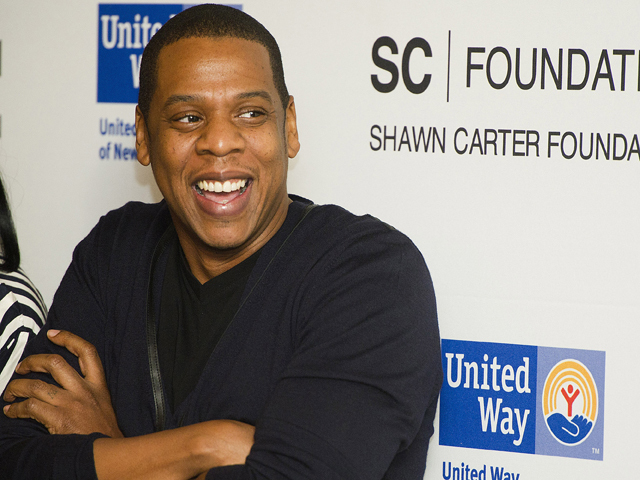 The rapper announced Thursday that he will perform two shows at New York's Carnegie Hall in February to benefit the Shawn Carter Scholarship Foundation and the United Way of New York City.

"Education is super important," Jay-Z said. "I don't have a high school diploma or a college diploma, but still for me to articulate, I had to have some form of schooling to articulate my thoughts."

The news conference announced Jay-Z as the first solo hip-hop artist to play at the famed venue, though Wylcef Jean performed at there in 2001 with Stevie Wonder, Eric Clapton and Whitney Houston.

"I feel like they bent the rules so that could make sense for me right now, but I'll take it," Jay-Z said with a laugh.

Jay-Z says performing at the venue is a big deal for hip-hop, and he's happy to bring the genre to greater heights.

"Any time that I get a chance to expand and broaden the reach of hip-hop is a great thing for me on a personal level," he said.

The Brooklyn-born performer said he's excited to influence his community in ways outside of music. He says going back to the Marcy Projects complex where he grew up remains a moving experience.

He says he got the same feeling when he recently went to Kanye West's old home in the Southside of Chicago.

"The inspiration and how happy the people were, it just makes you feel really good," he said.