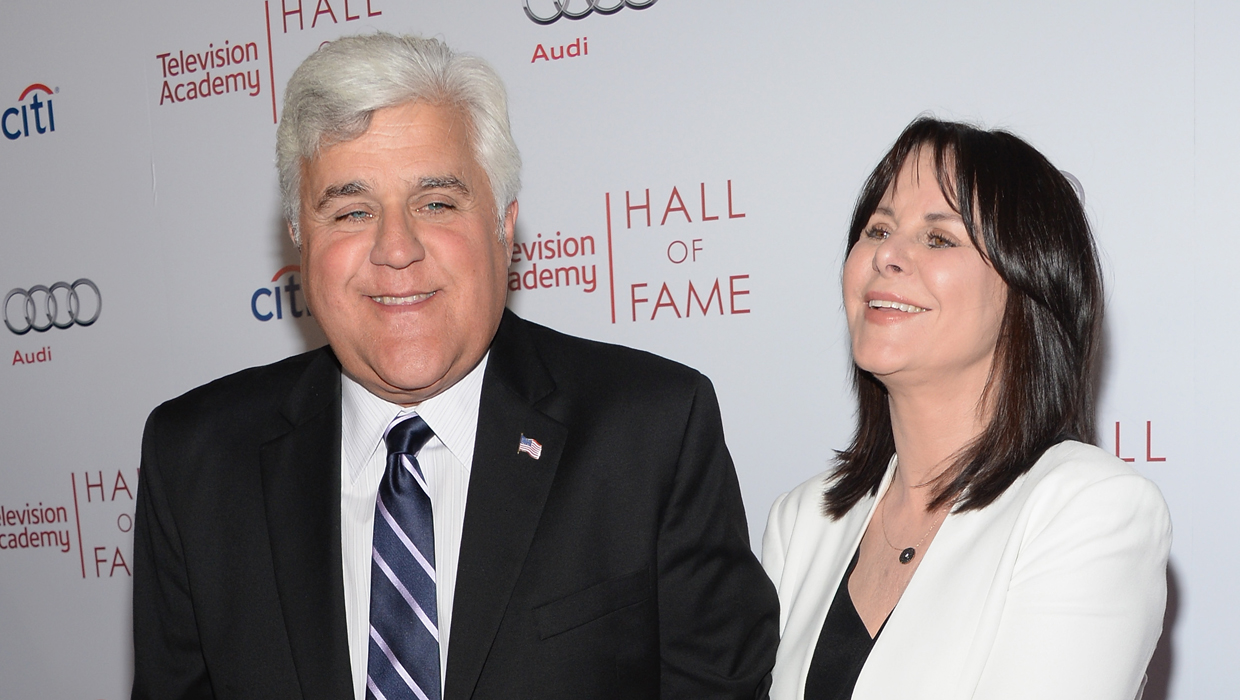 "Jay Leno reminds me a little bit of Israel," Maher said. "He's not perfect, but he's held to a standard nobody is expected to live up to but him."

Maher alleged that the media helped fan the myth that Leno "stole Conan's dream" when NBC brought Leno back to host "Tonight" after the show's ratings dropped in 2009 with O'Brien at the helm.

Maher, host of HBO's "Real Time," used an expletive to dismiss the idea that such a theft is possible, then offered himself as a tongue-in-cheek example: He claimed that Tom Cruise robbed him of the starring role in "Top Gun."

Leno's reputation among critics as a bland host compared with his supposedly "edgy" predecessor Johnny Carson also is a falsehood, Maher said, and called Leno suited to his time just as Carson was when he hosted "Tonight."

After Maher's introduction, Leno's remarks proved mild. Repeating assertions he made when he ended his 22-year tenure as host in February, Leno, 63, said it was the right time to turn "Tonight" over to the younger Jimmy Fallon, 39.

Leno said he watches Fallon's show, taped in New York, and the two talk a couple of times a week.

"He's terrific. He brings a new energy," Leno said before the ceremony. "I think he was smart to take it to New York, get a different vibe or different feel."

Murdoch noted that the TV academy ceremony fell on his 83rd birthday, which he called an annoyance: "As you well know, I'm not fond of looking back," he said.

The chairman of News Corp. and 21st Century Fox did offer reflections on his career, which he said has focused on providing consumers with more choices and taking the risks needed to do so -- such as starting the Fox network in 1986 to compete with the big three broadcasters.

Murdoch, whose media empire was shaken by a phone hacking scandal that led to the current London trial of two of the top editors of Murdoch's defunct News of the World, did not take questions before the ceremony.

Louis-Dreyfus, the Emmy-winning star of "Seinfeld," "The New Adventures of Old Christine" and "Veep," was saluted by friend Amy Poehler as "the best one on 'Seinfeld'" and always the funniest in a room.

Louis-Dreyfus shared advice she learned from her physics high school teacher: "Have fun at all costs," she said.