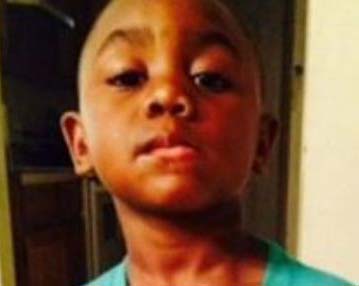 BATON ROUGE, La. - Baton Rouge police say the search for 4-year-old Jassiah Clark, missing since Saturday night, ended when his body was found in a deep hole about 25 feet from his home.

Sgt. Mary Ann Godawa told The Advocate an officer found Jassiah's body Monday night after using a flashlight to take a closer look at the hole in a vacant lot behind Jassiah's home. She said the hole was filled with water and dirt.

"We had hoped we would find Jassiah alive and well, but unfortunately that didn't happen," Godawa said. "This is a tragic incident that has affected everyone who worked this case."

About 100 officers from several agencies including the FBI were involved in the search, Baton Rouge police spokesman Lt. Jonathan Dunnam said earlier Monday.

By Monday night, the lot, once filled with grass, had been turned to tire-tracked mud. Police tape surrounded the perimeter.

Lesly Reed, Jassiah's aunt, said late Monday that the family had looked at the hole several times in the past few days, but they thought it was a puddle because only a shallow amount of water was sitting atop the mud.

She also said that at one point in the search, she had seen a police officer stumble at the hole, but he managed to grab a fence to steady himself.

No determination has been made yet whether the boy's death was an accident or a slaying, police have said.

Jassiah had been missing since Saturday. He was last seen between 4 p.m. and 6 p.m. near his home on Robertson Avenue. Family members said he had been playing in the street with his friends.

The boy's death is the second recent tragedy for his family. Just a few days before Thanksgiving, Jassiah's uncle and his mother's boyfriend killed each other while they were drunk and arguing, while Jassiah and his 10-year-old brother looked on.