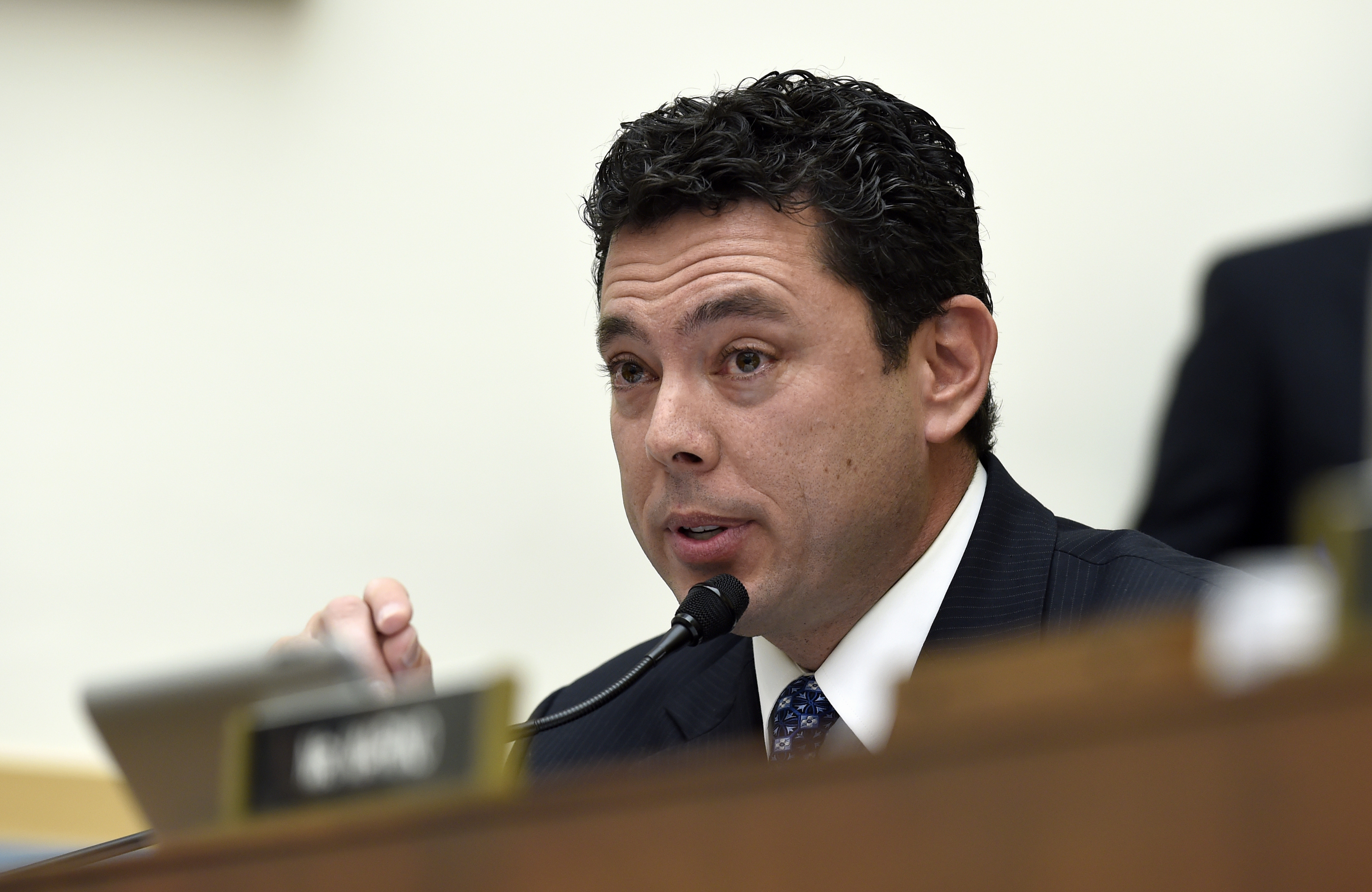 A young girl asked the Republican about his plans to protect the air and water and the crowd booed when he replied that supports an all-of-the-above energy strategy, which includes mining for coal.

“We have a major problem here in Salt Lake Valley, with the inversion,” Chaffetz said. He told the crowd gathered at a high school in a Salt Lake City suburb that he supports solar energy, but that it can have its own negative impact on animals and wildlife.

The chairman of the House Oversight Committee, who has said he voted for Mr. Trump during the 2016 presidential election, repeatedly said, “hold on,” and “give me a second,” as the audience members reacted negatively to nearly all of his statements.

Hundreds of people stood outside the auditorium holding signs and chanting, “Vote him out,” while one woman was arrested and put into handcuffs. Others repeated chants of “Do your job,” while some held signs that read “America is better than this,” according to the Salt Lake Tribune.

Chaffetz said earlier in the day that he hopes Mr. Trump will repeal the newly-named Bears Ears National Monument in southern Utah, something he discussed with the president during a Tuesday meeting at the White House.

Chaffetz said Mr. Trump’s Interior Secretary nominee, U.S. Rep. Ryan Zinke of Montana, wants to see Bears Ears before making any commitments about what, if anything, the Trump administration will do.

President Barack Obama named the monument in December after several years of lobbying from a coalition of Native Americans who said the protection was needed for the sacred tribal lands.

Holly Cobb Robinson from Salt Lake City said the congressman’s push to repeal the monument would result in more drilling and mining for coal, which would destroy the land.

“Protecting your public lands provides a better future for not only communities and people who are visiting, but also habitats and revenue,” she said.

The town hall comes as Chaffetz spends time in his home state, speaking to the state’s lawmakers and visiting with Muslim leaders.

The congressman spoke with Muslim leaders Wednesday in Salt Lake City, and said that Mr. Trump’s ban was rushed but singled out the “the right countries.” A federal appeals court ruled late Thursday evening against reinstating the president’s travel ban, after the government had asked for a stay of a temporary restraining order that suspended its implementation.

Muslim leaders told the congressman that people stuck in refugee camps aren’t safe and that the ban caused great anxiety among Muslim-Americans.

The Mormon congressman said he empathizes and if Mr. Trump imposes a “religious litmus test,” he’ll push back.

Thursday, he encouraged lawmakers - mostly fellow Mormons - to visit mosques and reach out to Muslims in their community, noting that those “people that have been vetted.”

“We should know a few things about being a religious minority,” he said.

Utah lawmakers asked Chaffetz if he’d use his role as the powerful chairman of the House Oversight Committee to investigate Mr. Trump’s business interests.

“My job is not to be a cheerleader for the president,” Chaffetz said.