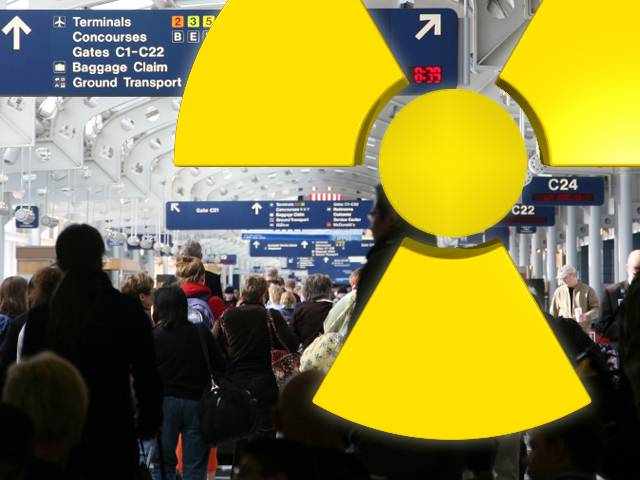 Trace amounts of radiation from Japan have been detected in Chicago, CBS News station WBBM-TV reports.

Travelers coming in from Japan on Wednesday triggered radiation detectors at O'Hare International Airport as they passed through customs. Only very small amounts of radiation were detected.

"We are aware of the radiation," said Chicago Aviation Department spokeswoman Karen Pride. "We are adding screenings and precautionary measures."

In one instance, radiation was detected in a plane's air filtration system. Radiation was also found in luggage and on passengers on flights from Japan.

"Of course the protection of the person coming off the plane is important in regards to any radiation and especially within their families," Daley said at an unrelated event.

The mayor said the city has no local policy when it comes to detecting radiation at the airports.

"That would be up to the federal government. Every city can't have a policy. One says yes, one says no, you can't do that. You have to have a federal policy dealing with anyone entering the country in regards to the situations like that," Daley said. "And they handle it very professionally and it will be up to Homeland Security. We've been working with them. They have the primary responsibility."

Homeland Security officials would not comment specifically on the radiation at O'Hare. But officials from Customs and Border Protection, which monitors ports, said they are monitoring radiation levels on flights and passengers coming from Japan.

"U.S. Customs and Border Protection (CBP) is monitoring developments in Japan carefully and is specifically assessing the potential for radiological contamination associated with the ongoing impact of the earthquake and tsunami to Japan's nuclear facilities," customs spokeswoman Cherise Miles said in an e-mail.

Homeland Security Secretary Janet Napolitano said Thursday that no harmful levels of radiation have reached the U.S. since the nuclear crisis in Japan sparked by last week's devastating earthquake and tsunami, the Associated Press reports.

Homeland Security announced it was screening passengers and cargo entering the United States from Japan for "even a blip of radiation."

Customs and Border Protection routinely screens passengers and cargo for radiation. Agents have been advised this week to pay particular attention to arrivals from Japan.

Napolitano said the screening of passengers and cargo is being done "in an exercise of caution."

The agency handles more than half a million radiation alarms a year, though most are related to medical procedures.

United Airlines is the largest U.S. carrier to Asia. The airline said it isn't cutting flights to Asia but is monitoring the situation in Japan. United uses Tokyo's Narita airport as a hub for flights further into Asia.