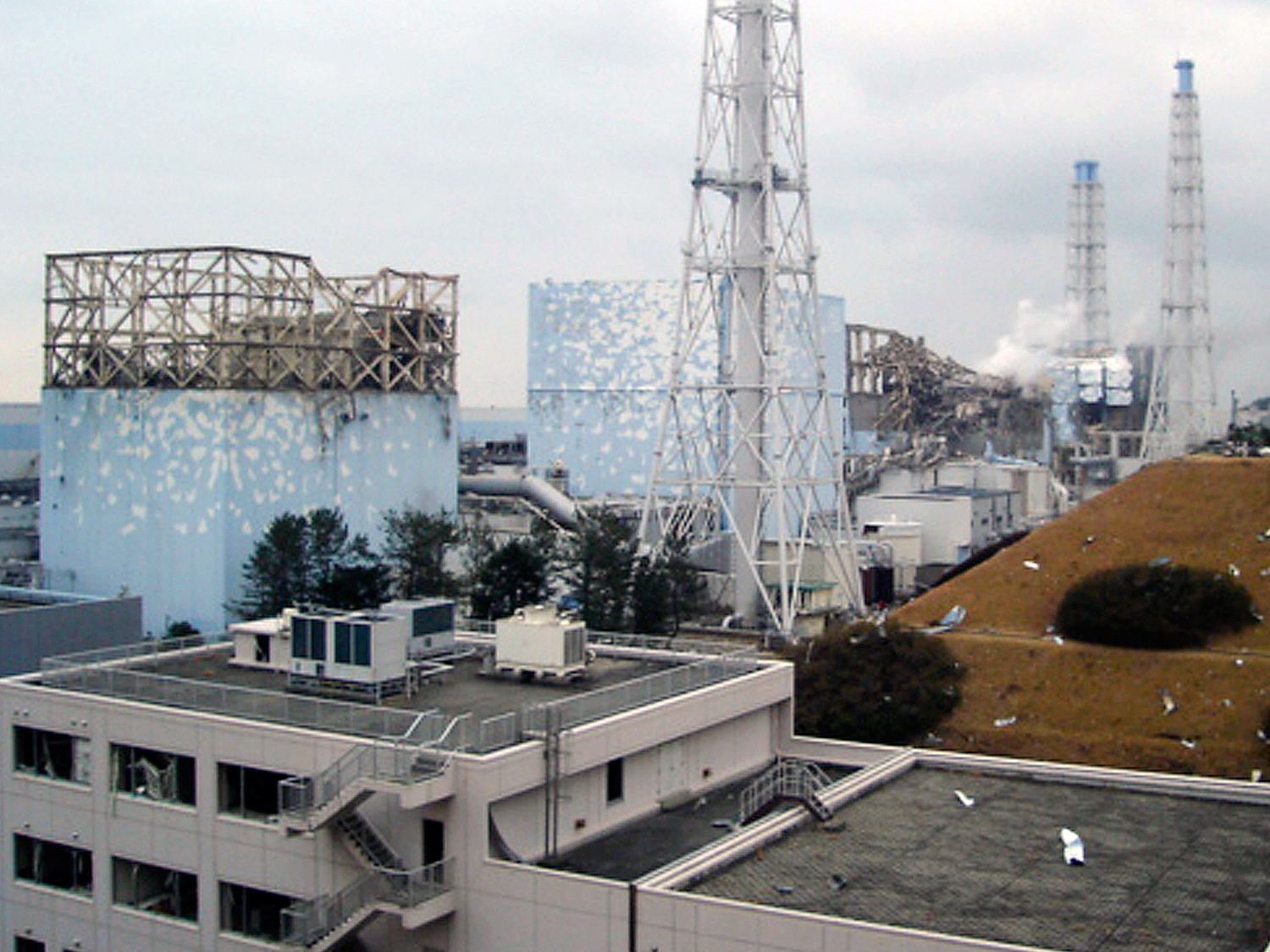 TOKYO - Japanese nuclear regulators trusted that the reactors at Fukushima Dai-ichi were safe from the worst waves an earthquake could muster based on a single-page memo from the plant operator nearly a decade ago.

In the Dec. 19, 2001 document — one double-sized page obtained by The Associated Press under Japan's public records law — Tokyo Electric Power Co. rules out the possibility of a tsunami large enough to knock the plant offline and gives scant details to justify this conclusion, which proved to be wildly optimistic.

Regulators at the Nuclear and Industrial Safety Agency, or NISA, had asked plant operators for assessments of their earthquake and tsunami preparedness. They didn't mind the brevity of TEPCO's response, and apparently made no moves to verify its calculations or ask for supporting documents.

"This is all we saw," said Masaru Kobayashi, who now heads NISA's quake-safety section. "We did not look into the validity of the content."

The memo has Japanese text, boxes and numbers. It also has a tiny map of Japan indicating where historical earthquakes are believed to have struck. TEPCO considered five quakes, ranging from 8.0 to 8.6 magnitude, in northeastern Japan, and a 9.5 magnitude across the Pacific near Chile, as examples of possible tsunami-causing temblors.

Over the next nine years, despite advances in earthquake and tsunami science, the document gathered dust and was never updated.

When TEPCO finally did revisit tsunami preparedness last year, it was the most cursory of checks. And the conclusion was the same: The facility would remain dry under every scenario the utility envisioned.

"There was an attitude of disrespecting nature," said Kobe University professor emeritus Katsuhiko Ishibashi, who has sat on government nuclear safety advisory panels.

The towering waves unleashed by the magnitude-9.0 earthquake on March 11 destroyed backup generators for several reactors' cooling systems, and nuclear fuel in three reactors melted in the worst such crisis since Chernobyl. Workers have yet to bring the plant under control more than two months later.

Ishibashi said the problem with the plant's tsunami preparedness didn't lie with the limitations of science back in 2001. The problem was that TEPCO and regulators didn't look at risk factors more carefully.

"It is critical to be prepared for what might happen even if the possibilities are small," he said.

NISA's request for tsunami risk assessments did not have the force of law and thus the operators' responses technically were voluntary, but in Japan's often-informal regulatory structure, regulators would expect such a request to be obeyed.

The company said it used measures for expected earthquakes and other "parameters" to calculate that water would not surpass 18.7 feet at Fukushima Dai-ichi.

The waters set off by the March tsunami reached 46 feet above sea level, according to TEPCO.

One big reason for the underestimate: TEPCO's experts asserted that the biggest earthquake that the nearest fault could produce was 8.6 magnitude. At a 9.0 magnitude, the quake that struck was four times more powerful than that.

"The results of the study show the assessment for the maximum levels of tsunami at each site," says one line in the report's typically sparse, matter-of fact language.

The document relied on guidelines for tsunami assessments written by the Japan Society of Civil Engineers. Those guidelines were not published until 2002, but were made available in advance to TEPCO.

In the nearly 10 years since the memo, advances in science have exposed the potential — and precedent — for huge tsunamis hitting Japan's northeast coast. Several studies showed that the Jogan tsunami of 869 A.D. went far inland in the area near Fukushima Dai-ichi. Other studies showed that the fault that erupted so violently was "stuck" and could produce the kind of truly massive quake it did.

"We assessed and confirmed the safety of the nuclear plants," TEPCO civil engineer Makoto Takao asserted as recently as a November seismic safety conference in Japan.

Kobayashi, of NISA, said his agency began getting serious about scrutinizing tsunami dangers only late last year, but that this process was still in its infancy when the March 11 disaster struck.

Ishibashi noted that coastal nuclear plants need to be prepared for major typhoons and other potential disasters, and backup generators at Fukushima Dai-ichi should have been elevated and protected, not stored in basements prone to flooding, as most of them were.

The generators were critical for maintaining cooling systems for reactor cores during the power outages that followed the quake. The flood that swept through the plant grounds destroyed the generators. The cores, reaching up to 2,000 degree Celsius (3600 Fahrenheit) without power, melted, spewing radiation into the sea and air.

TEPCO spokesman Naoyuki Matsumoto defended the 2001 report as relying on what the company saw as the best data available, although he acknowledged that the March tsunami had been "outside the imagination."

"We had done our utmost in designing the plant, using various historical data," he said.

The utility now plans to build additional tsunami guards in waters near Fukushima Dai-ichi by the end of June, but has not decided how high they should be, he said.

Outrage is growing among the media, politicians and residents forced to evacuate from homes near the plant that regulators and TEPCO had not adequately assessed tsunami risks.

Some criticism has focused on how the civil engineers' committee that wrote the guidelines was dominated by people with strong ties to the nuclear power industry, or 22 of the 35 committee members.

In a statement this month, the Japan Society of Civil Engineers defended the guidelines as objective and scientific, relying on experts for unbiased knowledge.

Nobuo Shuto, chief architect of the guidelines and the dean of tsunami research in Japan, acknowledged he did not check how exactly TEPCO applied the guidelines to Fukushima Dai-ichi. But he stuck by his work.

"It's easy to complain that it was an underestimate," Shuto, honorary professor at Tohoku University, said in a March telephone interview from Miyagi Prefecture, a disaster-struck area. "The honest truth is: We just don't know."