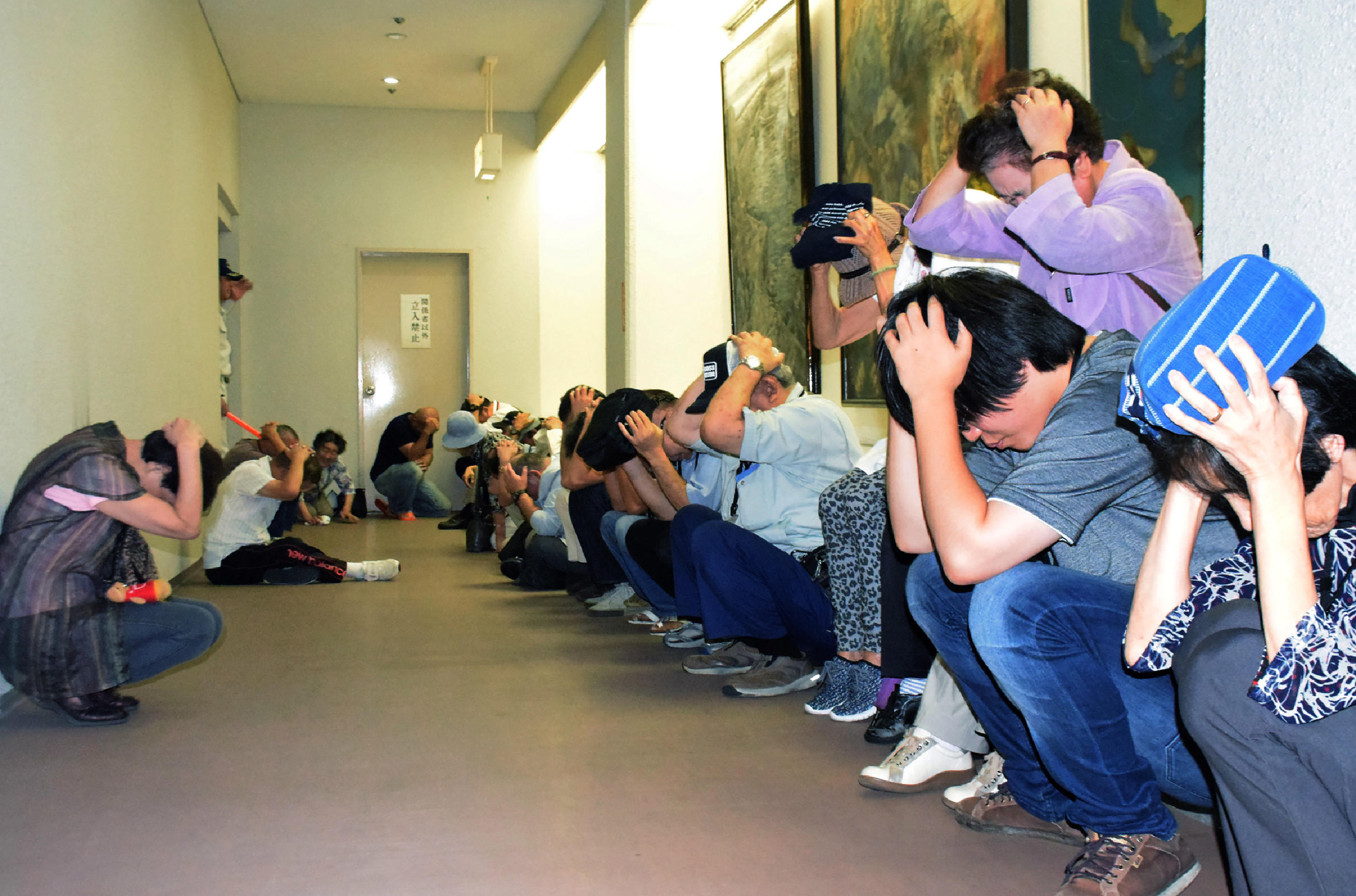 TOKYO -- Japan plans to suspend the civilian evacuation drills it started last year while North Korea was repeatedly test-firing missiles near and over Japanese islands, officials said Thursday, citing diplomatic overtures from Pyongyang. Nine drills to prepare residents in Japan for possible missile attacks were to be held later this year.

The Cabinet Secretariat in charge of crisis management said the official announcement of the suspension was expected soon and that recent diplomatic developments meant the prospect of strikes from North Korean missiles has subsided for now.

North Korean leader Kim Jong Un promised at his summit with President Donald Trump to work toward a denuclearized Korean Peninsula. Washington has also announced that it will suspend its joint military exercises with South Korea planned for the summer.

The planned suspension surfaced Thursday after officials in Tochigi prefecture confirmed a drill there next Tuesday had been called off at the government's request. Missile drill plans in eight other prefectures, including Kagawa and Tokushima in southwestern Japan, as well as Niigata, Toyama and Ishikawa in the north, were also put on hold.

The Cabinet Secretariat stressed that the drills are suspended only as long as the tensions remain reduced.

The government, however, still plans to go ahead with a plan to install land-based Aegis Ashore missile interceptors. Prime Minister Shinzo Abe said North Korea still possesses hundreds of ballistic missiles, which have not been dismantled.

Japan's government started missile-specific evacuation drills last March in addition to usual earthquake and other drills, and has since conducted them in more than 20 towns around the country, including Tokyo.

In a typical drill, about 300 town residents and schoolchildren rush to school buildings to seek shelter after sirens from loudspeakers warn them of a possible missile flight and debris falling on them. They are advised to put their faces down and protect their heads.