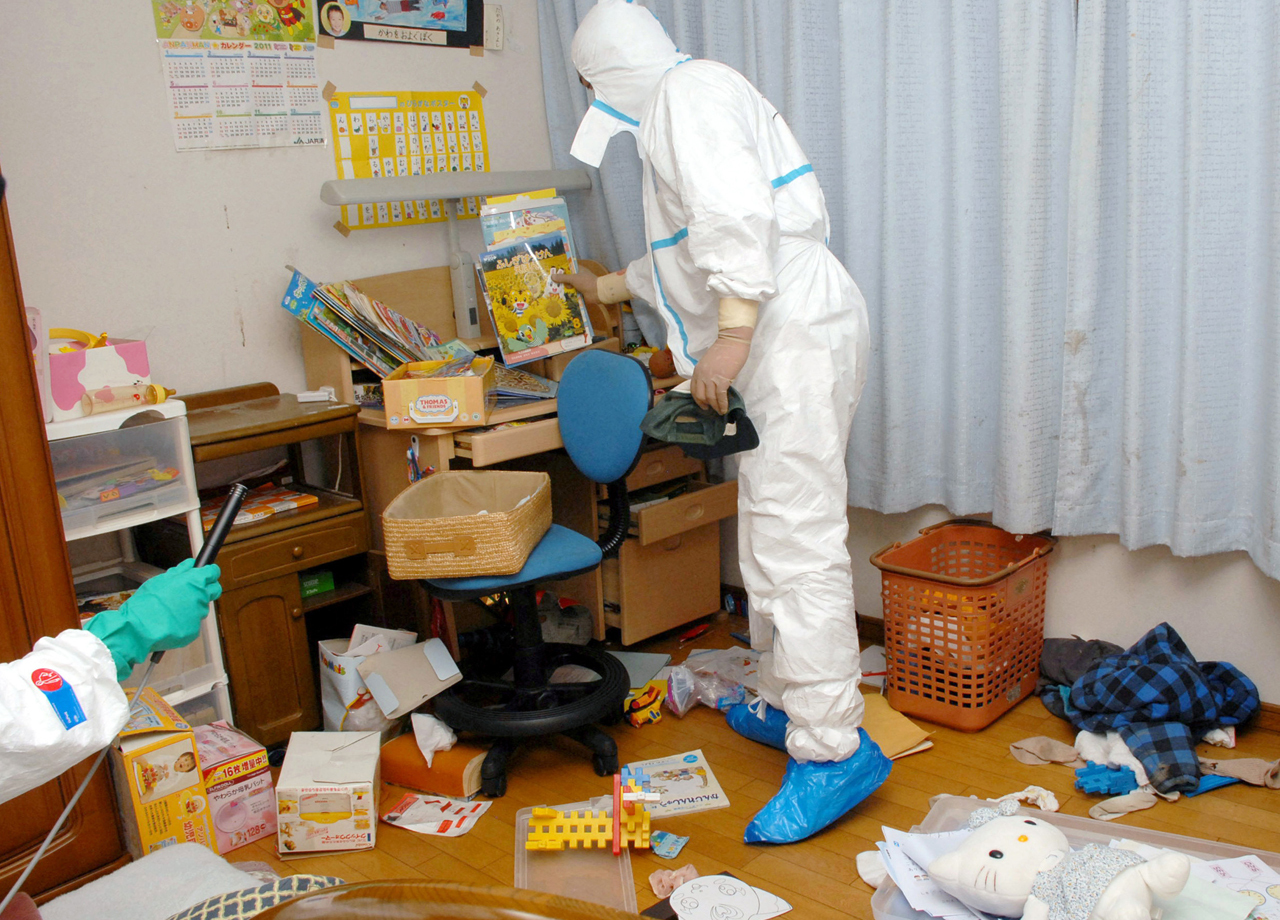 About 100 evacuees were allowed into the exclusion zone around Japan's troubled Fukushima Dai-ichi nuclear plant on Tuesday for a brief visit to gather belongings from their homes.

The residents - just a fraction of the tens of thousands forced to flee when the plant started leaking radiation - arrived in the village by chartered government buses for the two-hour visit.

The excursion marked the first time the government has felt confident enough in the safety of the area to sanction even short trips there.

Residents have been pushing hard for weeks for permission to check up on their homes.

They were provided with protective suits, goggles and face masks to wear while in the zone, and were issued plastic bags to put their belongings in.

They were also given dosimeters to monitor radiation levels and walkie-talkies.

All were to be screened for radiation contamination after leaving the 12-mile zone.

More visits are planned in the months ahead, but residents fear they may never be able to return for good.

Government officials and the Tokyo Electric Power Co., which runs the Dai-ichi facility, have said that it could be six to nine months before the residents might return to resume their lives. But they admit even that is a best-case scenario.

Workers continue the battle to repair and stabilize the plant, but it remains highly radioactive in some areas, making progress slow and dangerous.

Many residents had been secretly sneaking back into the zone during the day, but the government — concerned over safety and the possibility of theft — began enforcing stricter roadblocks and imposing fines on April 22.

The official visits were seen as a compromise that took both safety and the wishes of the residents into consideration.

Left: A Kawauchi resident in protective gear empties her refrigerator as she returns to her house for the first time since March 11 earthquake and tsunami, Tuesday, May 10, 2011.(AP Photo/Kyodo News)

The government and TEPCO in April projected that bringing the plant to a cold shutdown could take six to nine months and residents might be able to return to resume their lives. But they admit that timing is a best-case scenario.

TEPCO released an image of the No. 3 reactor's spent fuel pool, where fuel rods were covered with debris from explosions in March that damaged the building's roof and walls. But officials said the fuel rods, protected by a metal screen, are believed to be largely undamaged.

The reactor's rising core temperature has become a new headache. Nuclear Industry and Safety Agency spokesman Hidehiko Nishiyama said officials suspect that not all of the cooling water may be entering the pressure container as intended.

On Monday, another utility, Chubu Electric Power Co., agreed to shutter three reactors at a coastal power plant while it builds a seawall and improves other tsunami defenses there.

Kan requested the temporary shutdown at the Hamaoka plant amid predictions an earthquake of magnitude 8.0 or higher could strike the central Japanese region within 30 years. The government's decision came after evaluating Japan's 54 reactors for quake and tsunami vulnerability after the March 11 disasters. The Hamaoka facility sits above a major fault line and has long been considered Japan's riskiest nuclear power plant.

On Tuesday Prime Minister Naoto Kan said Japan will scrap a plan to increase nuclear power's portion of the nation's energy production, and will instead promote renewable energy as a result of its ongoing nuclear crisis.

Japan to scrap plan to boost nuke energy to 50%

Kan said Japan needs to "start from scratch" on its long-term energy policy after the Fukushima Dai-ichi nuclear power plant was heavily damaged by a March 11 earthquake and tsunami and began leaking radiation.

Kan said Japan will have to compile Japan's new energy policy in a report for submission to the International Atomic Energy Agency in June. He didn't give any numerical estimates for each source of energy in the new policy.