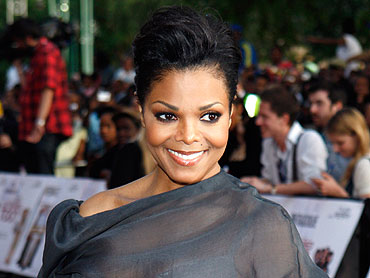 NEW YORK (CBS) Pop icon Janet Jackson is draped in fur for a new ad campaign and PETA, including vocal celebrity member Pamela Anderson, isn't too happy about it.

The "Why Did I Get Married Too?" star is under fire after posing in an ad for the luxury fur company Blackglama. Jackson, 44, is shown in a black-and-white shot wearing a mink coat, with a tagline that reads "What Becomes A Legend Most?"

The image is also the opener for the company's official web site.

Vocal PETA member and animal rights advocate Pamela Anderson offered her comments on the Jackson fur controversy in a July 27 interview with Out.com. The actress says, "It's disappointing. She has spoken out against fur before. I don't know why some people stop listening to their heart. I guess some people get greedy, but it's sad."

Celebrity Circuit obtained a letter to Jackson from People for the Ethical Treatment of Animals (PETA) Senior Vice President Dan Mathews, who expressed "disappointment" that the singer participated in the campaign, writing, "You and I spoke at length about the fur issue. You told me that you were always aggravated at photo shoots when stylists would try to throw fur on you and that you were even wary of wearing fake fur out of concern that it might actually be real or look real in photos and send the wrong message."

He added, "You were very straightforward and sensible about it. What happened?"

PETA representative Amanda Schinke tells Celebrity Circuit that Janet Jackson so far has not yet responded to PETA's letter or addressed the controversy surrounding her appearance in the campaign.