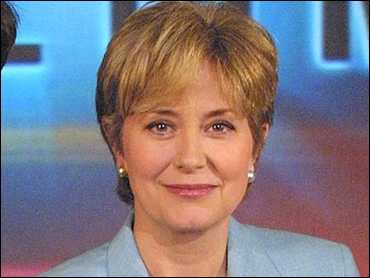 Jane Pauley, the co-anchor of "Dateline NBC," will be leaving NBC in June after 27 years with the network.

Her resignation was announced Thursday on NBC's "Today" show, which she had anchored for 13 years before moving to the newsmagazine.

Pauley, 52, decided not to renew her contract, opting instead to begin the next phase of her career, said Ann Curry, a co-anchor on the "Today" show. Pauley had recently returned after taking several months off to write a book.

She did not immediately return telephone messages seeking comment.

The decision to leave the network was not easy for Pauley but "she felt the urge to try new things," Curry said. Details were not disclosed about her plans.

Bob Wright, the chairman of NBC, called Pauley "a pioneer who has been synonymous with NBC for nearly 30 years," Curry said.

Pauley, who was removed from "Today" in 1989 and replaced by Deborah Norville in a move that backfired on NBC, co-anchors "Dateline NBC" with Stone Phillips. After several strong years in the ratings, it has sagged this year as viewer attention turned toward reality programming.