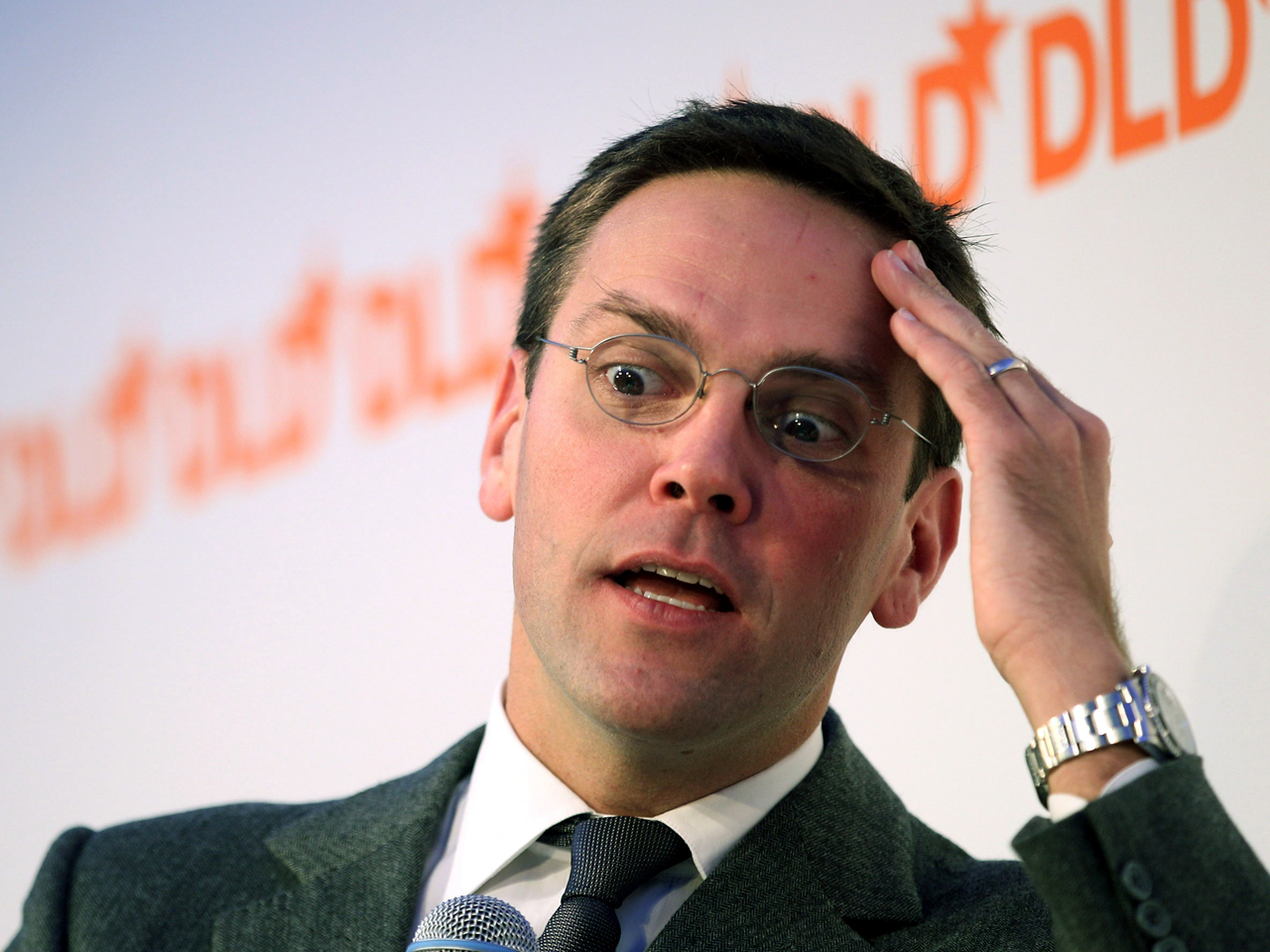 (CBS/AP) LONDON — James Murdoch surrendered one of the biggest jobs in his family's media empire Tuesday, when he stepped down as chairman of British Sky Broadcasting.

James Murdoch's competence and credibility have come under severe questioning because of the telephone hacking and alleged bribery scandal at the defunct Sunday tabloid, News of the World, and other British newspapers where he was supposed to be in charge.

"I am aware that my role as chairman could become a lightning rod for BSkyB and I believe that my resignation will help to ensure that there is no false conflation with events at a separate organization," said the 39-year-old Murdoch, who remains a non-executive member of the BSkyB board.

Tuesday's announcement was just the latest in a string of setbacks for James Murdoch. At the end of February, he quit as chairman of News International so he could be based in New York and concentrate on News Corp. broadcasting interests. He has also stepped down from the boards of auctioneer Sotheby's and pharmaceutical firm GlaxoSmithKline PLC.

BSkyB shares were down as much as 1 percent Tuesday at 674 pence after its news channel, Sky News, was first to report Murdoch's departure. In New York, News Corp. shares were up 1 percent in morning trading to $20.12.

"James Murdoch is a very good TV man. I think people there will regret his passing," said Paul Connew, a media consultant and former tabloid editor.

"The bigger question it raises is, where does this leave News Corp. in relation to BSkyB?" Connew added. "I'm sure there will be some worry at BSkyB whether this is a prelude to News Corp. pulling out."

The phone hacking scandal has already affected BSkyB by effectively killing a bid by News Corp. to take full control of the company and raising questions about the fitness of News Corp. to control BSkyB through the 39 percent share it already holds.

Others were happy to see Murdoch step down.

"How are the mighty fallen," said Chris Bryant, a British legislator who is among the dozens of phone hacking victims who have won financial settlements from the Murdoch empire. "Two years ago the Murdochs were courted by all and sundry, and now James Murdoch is running away with his tail between his legs."

The House of Commons Committee on Culture, Media and Sport is likely to publish its report on the phone hacking scandal this month, which could bring more embarrassment. Both Murdochs, father and son, also are likely to face a testing appearance before a judge-led inquiry into phone hacking and journalism practices in general.

At least 25 past and present employees of News International have been arrested in the police investigations of phone hacking, bribery and computer hacking as British journalists sought scoops that could sell papers. Those include Rebekah Brooks, former chief executive of News International, and Andy Coulson, former editor of the News of the World.

The scandal has even embarrassed Prime Minister David Cameron, who hired Coulson as his director of communications and was a personal friend of Brooks.

Asked his response to Murdoch's latest resignation, Cameron said: "Well, it's obviously a matter for him, and a matter for the company, and of course its shareholders."

James Murdoch was chairman of News International when the company settled two big phone hacking claims. Murdoch said he was unaware that hacking was widespread at the Sunday tabloid, News of the World, which at the time blamed the problem on a single rogue reporter.

His father shut down the tabloid in July after the phone hacking scandal caused ad sales to sink.

Subsequently, News International has settled about 60 lawsuits by phone-hacking targets, at a cost of millions of pounds (dollars). Some 60 more claims are being prepared.

James Murdoch was re-elected chairman of BSkyB in November with 81 percent of shareholders supporting him, a strong mark of disquiet about his position given the near-unanimous votes accorded to other corporate chairs. A month earlier, he was re-elected to the News Corp. board although 35 percent of the votes went against him, another noticeable stirring of discontent.

Others said Tuesday's resignation was not a surprise.

"I had expected actually that he would have stepped down at the time it was announced he was returning to New York and it is perhaps surprising that it has taken this long," said John Whittingdale, the Culture, Media and Sport chairman.

James Murdoch and his father had an uncomfortable time answering questions from the panel, and James Murdoch was recalled for a second round after two former News International executives challenged his claim that he had been unaware of the scope of the hacking scandal.