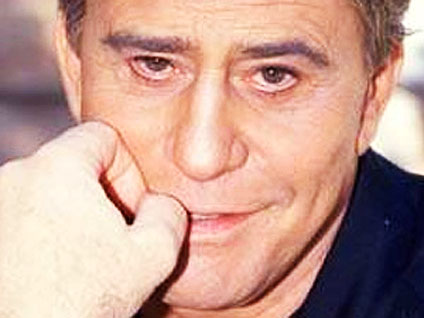 LOS ANGELES (CBS/KTLA/AP) "Dynasty" actor James Farentino was arrested Sunday after he allegedly assaulted a man in his Hollywood home. The 72-year-old actor is facing charges of misdemeanor battery.

Los Angeles Police say they were called to Farentino's home around 6:00 p.m on Sunday after an unidentified male invoked his right to make a citizen's arrest of the actor.

Although the circumstances of the incident are not entirely clear, police say the man, who had visible bruises, claims Farentino assaulted him when the actor attempted to physically remove the man remove his home. The alleged victim then arrested the actor, and called the police.

Unfortunately for Farentino, this is not his first brush with the law, says KTLA.

The actor was forced to undergo psychiatric and alcohol counseling, after he pleaded no contest to multiple counts of misdemeanor stalking of Frank Sinatra's youngest daughter, Tina.

In addition to counseling, Farentino, who had threatened Tina's life after their break-up, was ordered to stay at least 100 yards away from his former flame.