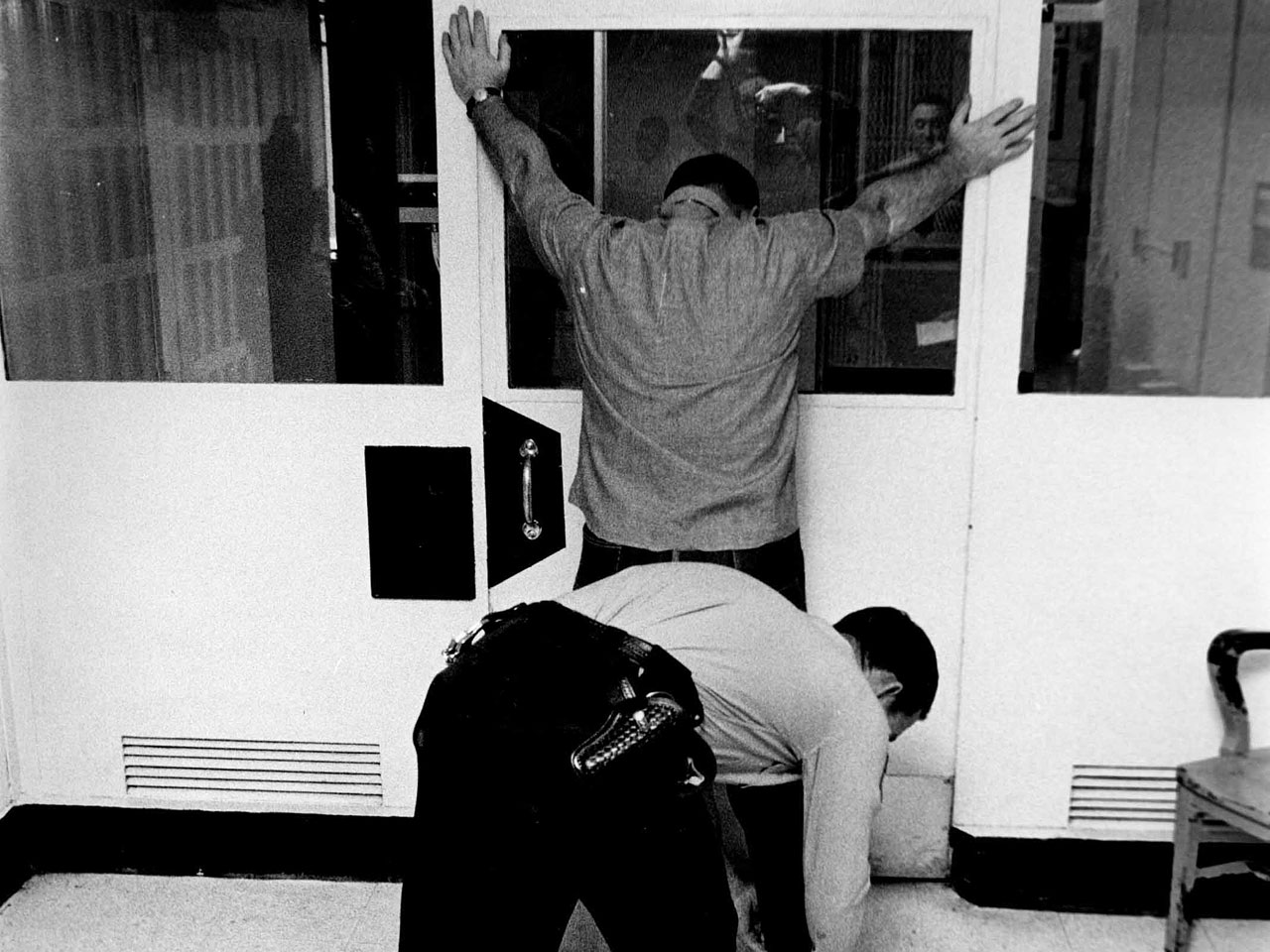 Forty-three years ago from Monday, the FBI launched a world-wide manhunt in pursuit of an assassin whose single shot had just brought down Rev. Martin Luther King, Jr., a man who held no office but whose vision and courage changed the course of American history.

Tomorrow also marks the release of photos taken on the night that police finally brought James Earl Ray back to Memphis, Tennessee, to face trial. Having evaded capture for the assassination of the King for two months, police caught up with Ray in London, England, on June 8, 1968. It would take another month to have him extradited back to the United States. But on July 19, 1968, he landed at Millington Naval Air Station in Tennessee and was placed in the custody of Shelby County Sheriff Bill Morris.

Sheriff Morris was dutiful in accepting his now notorious charge. According to Shelby County Register Tom Leatherwood, knowing "the atmosphere of Memphis was exceptionally charged," he went to great lengths to protect Ray from harm during his transfer.

This was after all the heat of the Summer of '68, following riots that lit up the night skies of inner cities across the country. Morris had also witnessed the murder of President Kennedy's assassin in Dallas while in police custody five years earlier. Morris requested photos from Los Angeles County authorities of the "perp" walk for Sirhan Sirhan, who had assassinated Robert Kennedy shortly after King was killed. (Sirhan was brought to justice while Ray was still on the loose.)

Memphis photographer Gil Michael was present during Ray's arrival at the Shelby Country jail in Memphis. He spoke to CBS News correspondent Michelle Miller on Friday as he described the events of that night.

"Morris hired me to be the lone chronicler of Ray's entry into the Shelby County jail. I spent several hours with him, taking pictures of him exiting the police van and entering the jail," Michael said. "Ray must have had some problem with the press, because no sooner did I enter the elevator with him, did he attack me. I was coming out of the second floor of the jail. He was upset that I was shooting the pictures. (Ray) stuck is his nose in the back (of the elevator), and looking behind (himself, he kicked at me.) (Through the lens) I saw a big foot was headed right for my face. (I ducked and) he grazed my shoulder with his foot and cursed me out. When they did the strip search on him, he was complaining that (the Sheriff) had told him there would be no media. (The Sheriff) said, 'There's no media, he works for me.' That's when Ray said, 'If I'd a known he wasn't the media, I wouldn't have kicked him.'"

Apparently, some years later Ray had gotten over his phobia with the press, having decided to launch a PR campaign to clear himself as King's lone assassin.

What else happened that night left Michael an obscure footnote to history.

"(The Sheriff) Bill Morris didn't want me to use the picture I wanted to." Michael said. "I printed everything and they confiscated the negatives and the prints. They wouldn't let me have any of them. I received calls from Time and Life magazines. And, Morris told me I didn't have access to the pictures. Newspapers and magazines offered lots of money for any pictures of that time because I was the only one to capture it on film.

"The only thing I came away with was the one 8-by-10 that was released to the media. So I have nothing from that night. I worked from late afternoon to wee hours of the morning. I feel a little bitter, maybe it's not justified, now that they're releasing them to the general public. They didn't even consult me about it. Later I told Bill Morris: 'The only night I spent in jail was thanks to you.' "

You can go to Shelby Country Registry to see all of the photos and documents.