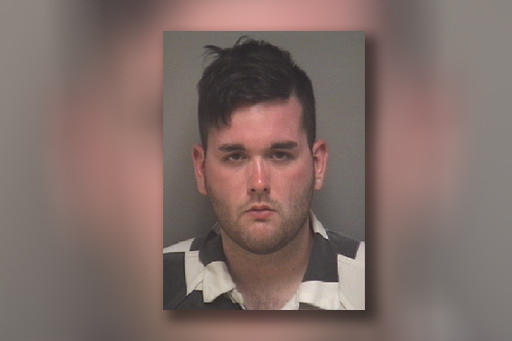 A man charged in a deadly car attack on a crowd of protesters opposing a white nationalist rally has told a judge that he is under treatment for several mental disorders. James Alex Fields Jr., 21, appeared in court Thursday in black and white striped prison jumpsuit with a buzz cut, brown glasses, and neon orange sneakers.

Fields spoke only when spoken to, saying said he is being treated for bipolar disorder, anxiety, depression and ADHD, and is taking medication. But he told U.S. Magistrate Judge Joel Hoppe during a brief hearing in Charlottesville that the drugs do not impair his ability to understand the charges against him.

Fields was photographed hours before the attack with a shield bearing the emblem of one of the hate groups taking part in the rally. He also engaged in chants promoting white supremacist and other racist and anti-Semitic views, the indictment said.

Hoppe said Fields is qualified to be represented by a federal public defender, and appointed legal counsel for him. Federal prosecutors did not indicate whether they plan to seek the death penalty.

Fields is charged with 30 federal crimes in the Aug. 12, 2017 attack that killed 32-year-old Heather Heyer and injured dozens more. He also is charged under Virginia law with murder and other crimes.

His trial on the Virginia charges is set to begin Nov. 26. Prosecutors have said they will seek life in prison.