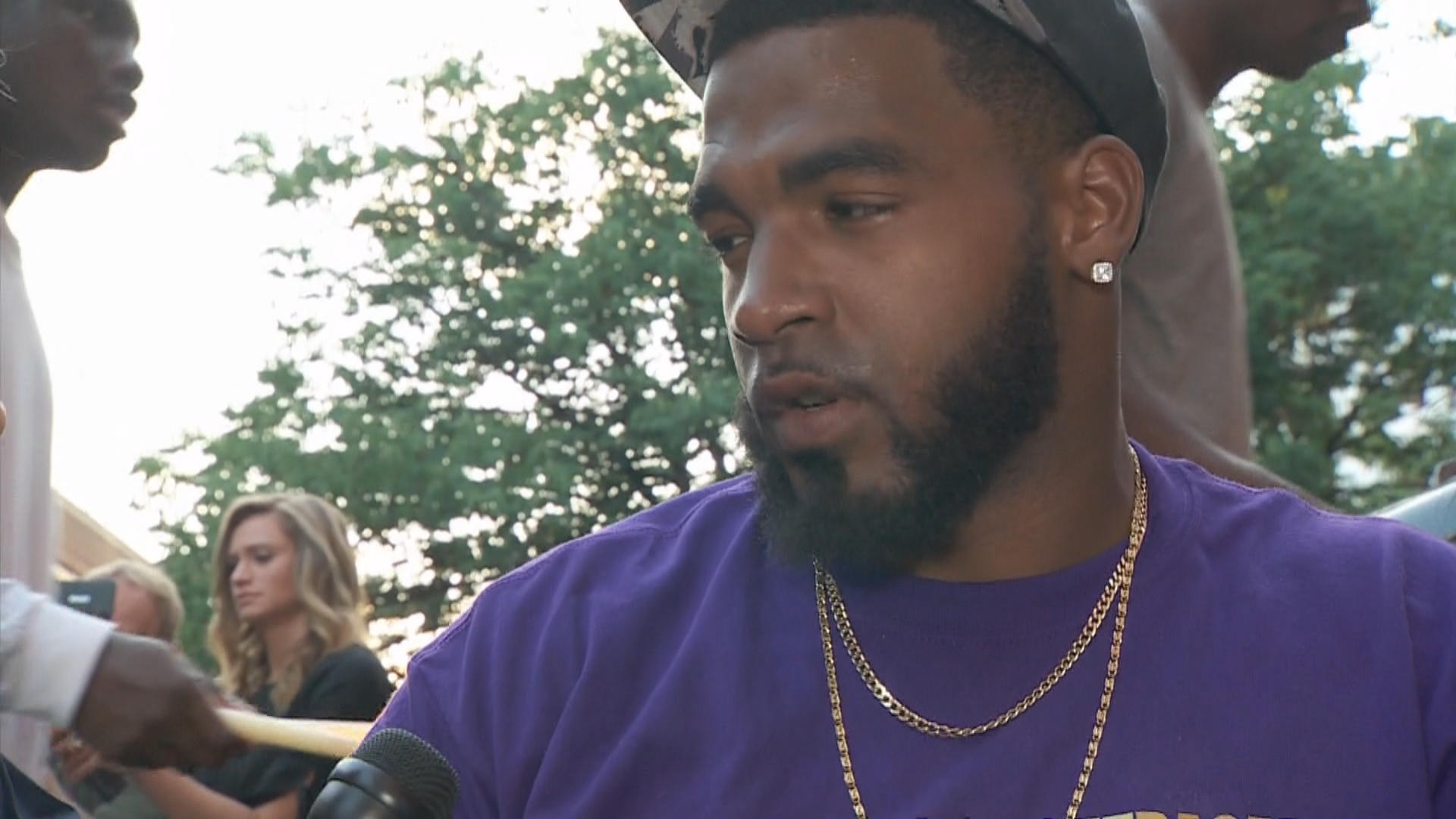 Mourners gathered at a vigil Sunday night in Charlottesville, Virginia, following a weekend of violence that left one woman dead. Heather Heyer, a 32-year-old, was killed when a vehicle slammed into counter-protesters after a demonstration by white nationalists, neo-Nazis and Ku Klux Klan members. Nineteen people were hospitalized.

Marcus Martin, who was injured, said their counter-protest Saturday was peaceful.

"To stand up for what I believed in. To acknowledge what's right is what's right, and what's wrong was wrong," Martin said.

His fiancé, Marissa Blair, even broadcast it live on Facebook before the chaos.

A photo captured the moment Martin was tossed.

"I could have been dead right now instead of having this conversation with you," Martin said.

Martin broke his leg and will need surgery. His shoe was seen flying off the suspect's car as it sped off. His fiancé escaped serious injury because Martin pushed her away.

"This should never happen," Blair said in tears. "How can someone have so much hate in their heart?"

Heyer, who was killed, was their friend and Blair's coworker at a Charlottesville law firm.

Heyer's friends honored her by wearing purple shirts with a quote from her last public Facebook post: "If you're not outraged, you're not paying attention."

Even after police told demonstrators to leave, men waving Confederate and neo-Nazi flags and armed with shields and clubs clashed with angry counter protesters.

Jason Kessler, who organized the "Unite the Right" rally, said police didn't protect their First Amendment rights and blamed them for the violence.

"What happened yesterday was a result of the Charlottesville police officers' refusing to do their job," Kessler said.

Kessler's press conference ended suddenly when he was swarmed at the podium and punched. He was also chased into nearby bushes, where he was tackled by a young woman. Kessler was forced to flee behind a barricade of officers in tactical gear.

At the vigil for Heyer, Martin vowed to fight for justice.

Kessler had a permit from the city and the demonstrators had a legal right to assemble. Still, the police have been criticized for not doing enough sooner. The Charlottesville police chief has pushed back on that, telling CBS News his officers, along with National Guardsmen, were trying to get people to disperse. They answered about 250 calls for help.

Love while caring for spouse with Alzheimer's

From country to pop, Taylor Swift shakes it off
View CBS News In
CBS News App Open
Chrome Safari Continue
Be the first to know
Get browser notifications for breaking news, live events, and exclusive reporting.