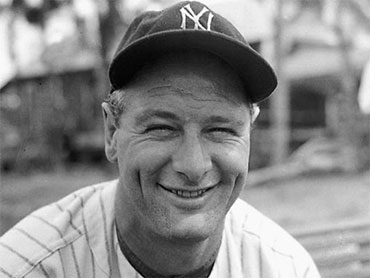 On the morning after Michael Jackson died, literary agent Joy Harris began getting the e-mails: When, publishers wanted to know, would Jackson's memoir "Moonwalk" be returned to print?

"It did seem abrupt to me," Harris said. "But when I thought about it, it didn't surprise me, in the way that everything is so immediate these days."

Within days, Harris had forwarded the e-mails to Jackson's attorneys and soon the real discussions began. "Moonwalk," originally acquired by then-Doubleday editor Jackie Kennedy and published in 1988, will be reissued in October by Random House Inc. with a first printing of 100,000 copies and a new introduction from a Jackson friend who has not been identified.

Jackson's representatives wanted to act quickly. Just a week after his death, executors of the singer's estate filed papers in a Los Angeles court stating that book deals should be reached "as soon as possible" in order to capitalize on "the notoriety surrounding Michael Jackson's unexpected death" and ensure that "profits for the Estate will be maximized."

According to Harris, several U.S. publishers were interested in the memoir but — assuming the price was right — both Harris and the lawyers who had handled Jackson's book wanted to stay with his original editor, Shaye Areheart. Her Harmony imprint at Random House will handle the release. (Kennedy died of cancer in 1994.)

"She was professional with Michael and she was respectful," Harris, who declined to offer financial details for the new edition, said of Areheart. "She had worked for Jackie a long time and she was comfortable around celebrity."

The book is also coming out in Germany, France and the United Kingdom.

"Moonwalk" was a classic celebrity project. It was not written or even conceived by Jackson. The contents were kept secret right up to the moment of release; around the printing plant the book had the code name "Neil Armstrong." It topped The New York Times hardcover nonfiction list, but within a few years was forgotten and out of print.

The idea began in the mid-1980s, when "Thriller" was at the top of the charts and the singer at the height of his career. Jackie Kennedy, a celebrity at least as famous and even more secretive as Jackson, admired him, was fascinated by him and wanted him to tell his story.

Kennedy and fellow editor Areheart met with Jackson at his home in Encino, Calif. Areheart remembered Jackson as "smart and funny and gracious," without any symptoms of the tabloid target he would become over the following two decades.

"He was just a lively, in-touch guy," she said. "And he did have his act together."

Other publishers were interested but Jackson was equally in awe of Kennedy and wanted to publish with her.

"They got along very well," Areheart said. "She thought he was so sweet."

Much of the field work was done by Areheart. Over the next few years, she would fly out to California and meet with Jackson at his Encino home, often in a large study that had a fireplace, and ask questions that he would answer by speaking into a tape recorder.

The project took longer than Areheart had anticipated, not because Jackson was uncooperative, but because he was busy — touring, recording and otherwise being Michael Jackson.

"His time was constantly not his own," she said.

"Moonwalk" was released in the spring of 1988. Reviewing the book in The New York Times, music critic Ken Tucker called "Moonwalk" eccentric, contradictory and helplessly revealing. Jackson, he wrote, was "a master of deadpan banality," slipping out "significant information between the lines of psychobabble."

Along with common statements about fame ("It hurts to be mobbed") and the media ("What happened to truth? Did it go out of style?"), Jackson confided to being physically beaten by his father, to having twice had his nose changed by plastic surgery and to wearing just one glove because "two gloves seemed so ordinary." The book was dedicated to Fred Astaire and included a brief note from Kennedy, who asked, "What can one say about Michael Jackson?"

Doubleday printed 300,000 copies for release and eventually sold around 500,000, according to the current publisher, Harmony. The promotional budget was $150,000, a lot of money for 1988, although not quite in range for the man who perfected the long-form music video.

Jacqueline Deval, then the book's publicist and now publisher of Hearst Books, said she had just one conversation with Jackson. She could not persuade him to give interviews, but he was very eager to discuss a possible promotional spot.

"He had this fabulous idea for a TV commercial for the book," she said. There would be music playing and a camera would show his feet, his steps moving to the beat. And then a major celebrity friend, such as Elizabeth Taylor, would say something about Michael Jackson.

Then the camera would pan up to his knees, and there would be another celebrity talking about him. And so on, until we finally see his face. I think it would have been fabulous, but it was way beyond the budget of any book publisher."