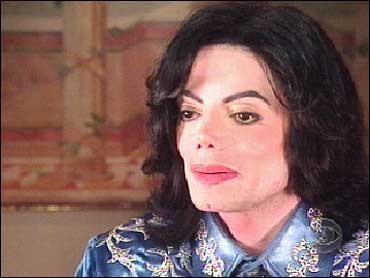 New revelations have come to light about singer Michael Jackson. While the self-proclaimed king of pop faces charges of felony child molestation, a new source confirms his habit of serving wine in soda cans.

Documentation from the charter company that flies Jackson and his entourage seems to support this unusual habit, Steines says. The documents contain Jackson's personal requests for food and drink on his private chartered flights. Most shocking is his beverage preference - white wine in diet coke cans on every flight. And that means "every" flight. Underlined. It's disturbing evidence that appears to confirm a practice first reported by Vanity Fair magazine's Maureen Orth.

These aircraft papers are a bombshell. With Jackson charged with intoxicating minors, documents confirming how he conceals alcohol has to be a concern to his defense.

Diane Dimond of Court TV notes, "If records were kept, there also has to be a stewardess on board. I think it's devastating."

The profile notes that Jackson rarely eats dessert but will ask for a sundae one out of 10 times you fly with him. He prefers gum and mints and is particularly a fan of Big Red.

According to the passenger profile, Jackson's children Prince, Paris and Prince Michael II also eat chicken for all three meals. No-nos include peanut butter, chicken skin and sugar. The nanny, Grace, has her own preferences: she will never eat KFC chicken.

This document raises a number of questions. The Santa Barbara district attorney must be wondering whose job it was to empty the soda cans and then refill them with wine. Was it a flight attendant or someone from the Jackson camp? And why did Michael Jackson insist on disguising his wine rather than having it served in a regular glass? Was Jackson simply protecting his image, or was the purpose to serve it to minors without anyone taking notice. Don't authorities consider this repackaging an odd practice, at best?

When Orth's article came out in Vanity Fair, Jackson supporters claimed some of the facts in her story were fabricated. But this document lends credibility to the article.

It confirms just a fraction of what was revealed in the Vanity Fair article, but it begs the question if this is true, what else might be true?

The article alleges that Jackson gave the boys wine, pills and were shown pornography. Probably the Santa Barbara district attorney will be taking a closer look at the allegations Jackson served alcohol to minors.

Jackson's trial is expected to take place in December, so between now and then more information may surface about the matter.