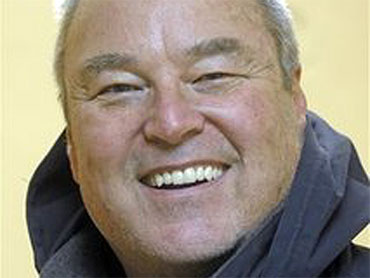 MEDFORD, Ore. (CBS/AP) James Auchincloss, the half brother of Jacqueline Kennedy Onassis, did not enjoy eggnog by the fire with family this Christmas, instead he spent it in an Oregon jail because of a possible probation violation.

In August, the 63-year-old Auchincloss pleaded guilty to two felony counts of encouraging child sex abuse for having computer images of naked boys. A judge ordered him to serve 30 days in jail as part of three years of supervised probation.

Auchincloss was arrested Dec. 22 and is being held without bail until Jan. 21. The details of how exactly Auchincloss violated his probation were not released but Nate Gaoiran, program manager of the sex offender unit for Jackson County Community Justice, told The Medford Mail Tribune that it wasn't believed that he had committed any new crimes.

Deputy District Attorney David Hoppe told the paper that Auchincloss failed to follow the rules of his probation which includes reporting all his behavior to his sex offender treatment group. Hoppe said Auchincloss came clean just before a scheduled polygraph test and accepted the required sanction of jail time.

"I think he understands the seriousness of the situation and he's going to have 30 days to think about it," Hoppe said, adding that Auchincloss had also been suspended from his treatment group for violating the rules of the group.

The arrest was initiated by Auchincloss' probation officer, Glenn Sandy, after he realized that Auchincloss may have violated his parole, Gaoiran told the Mail.

According to Gaoiran, the arrest and jail lodging are standard protocol for a suspected probation violation, "we're consistent with the way we supervise all offenders," Gaoiran said. "Mr. Auchincloss is no exception."