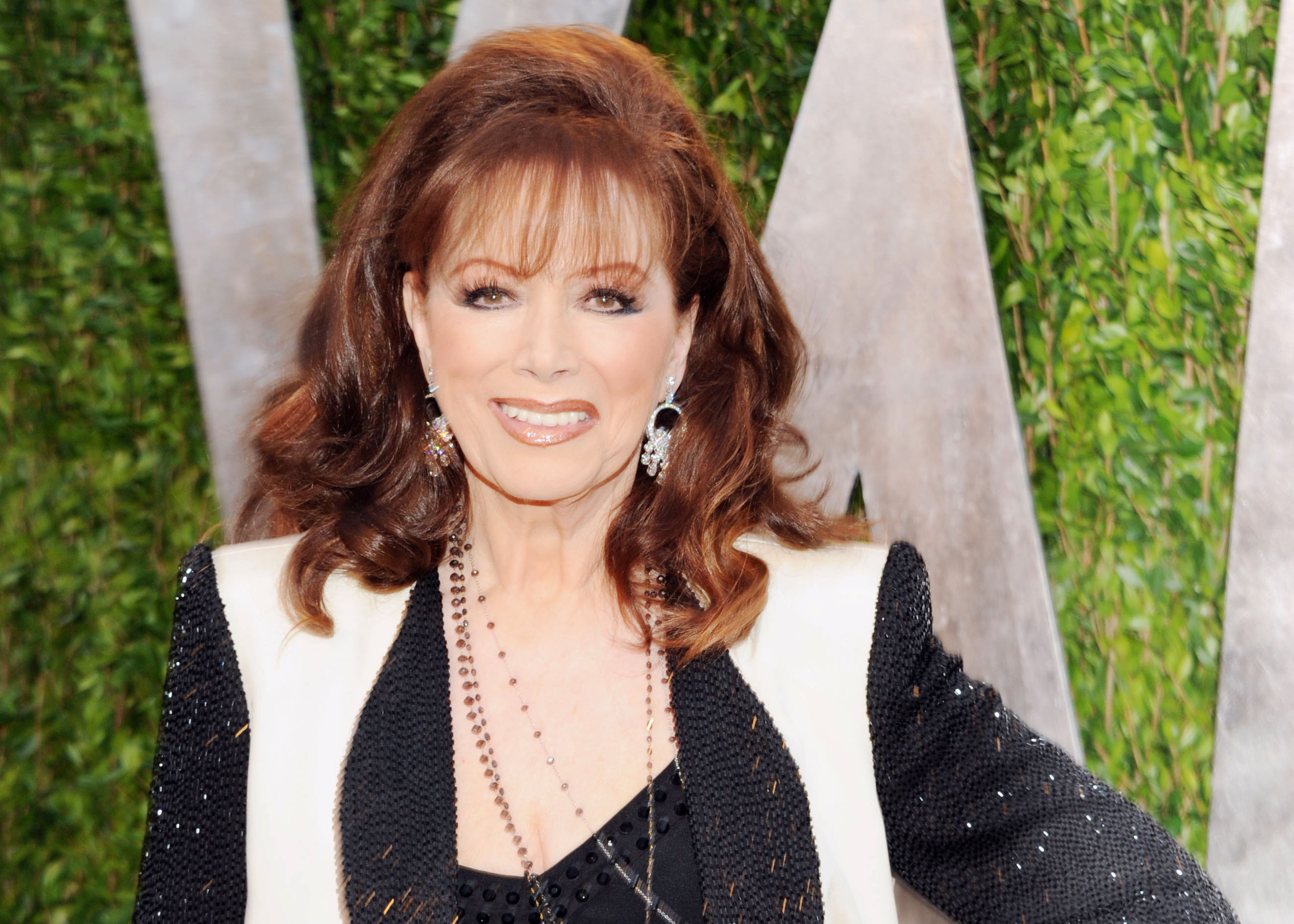 Best-selling romance novelist Jackie Collins died of breast cancer Saturday, her family said in a statement. She was 77.

"It is with tremendous sadness that we announce the death of our beautiful, dynamic and one of a kind mother, Jackie Collins, who died of breast cancer today," Collins' family said. "She lived a wonderfully full life and was adored by her family, friends and the millions of readers who she has been entertaining for over four decades. She was a true inspiration, a trailblazer for women in fiction and a creative force. She will live on through her characters, but we already miss her beyond words."

The prolific author wrote 32 books, which all made The New York Times' best-sellers list, ETOnline.com reported. Her books, including "Hollywood Wives" and "Lucky," sold more than 500 million copies worldwide.

Collins was diagnosed with stage-four breast cancer more than six years ago but chose to keep her battle against the illness private.

Private funeral services will be held in both the U.S. and U.K. Rather than flowers, the family requested donations be made to the Susan G. Komen Breast Cancer Organization and the British charity Penny Brohn Cancer Care.

Collins' website said she is survived by three adult daughters, her sister, actress Joan Collins, and a brother.

Unlike her older sister, the "Dynasty" actress who was a direct part of the 1980s Hollywood glitterati, Jackie Collins chose to document LA lives in her pulpy, page-turning fiction.

Collins wrote what she knew, and that meant stories of sex, glamour, power and more sex, a lot more sex. She began her literary career saying more than some wanted to hear, and eventually became the kind of author from whom readers could never get enough, providing a precursor to the culture of "Desperate Housewives" and "The Real Housewives of Beverly Hills."

Collins told The Associated Press in a 2011 interview that she "never felt bashful writing about sex."

Born Jacqueline Jill Collins in London in 1937, her first novel, "The World is Full of Married Men," was a story of sex and show business set in "Swinging London" in the mid-1960s. It came out in 1968 and became a scandalous best-seller, banned in Australia and condemned by romance writer Barbara Cartland.

"Barbara Cartland said to me, 'Oh, Miss Collins, your books are filthy and disgusting and you are responsible for all the perverts in England,'" Collins told Porter Magazine in 2014. "I pause for a few moments and said, 'Thank you.'"

Collins followed in the 1970s with books like "The World is Full of Divorced Women" and "Lovers & Gamblers."

By the 1980s, she had moved to Los Angeles and turned out the 1983 novel she is still best known for, "Hollywood Wives," which has sold more than 15 million copies. It came at the same time that her sister hit the height of her own fame on "Dynasty."

The book made Jackie Collins a celebrity in her own right, and she loved the part, looking, living and behaving more like an actress than an author. In many ways her own persona was her greatest character.

Collins embraced Twitter in her later years, and loved the engagement with her over 150,000 followers.

"I love tweeting. I have so much fun with my fans," she told the AP in 2011. "I've asked them for reviews. I answer people's questions. Sometimes I'll do a little survey and say, 'Who is hot this week?'"

Many were using Twitter to mourn her Saturday night, including Oprah Winfrey who Tweeted "RIP Jackie Collins. I always loved our interviews."

Collins' books didn't stick strictly to Hollywood. She penned a series of mafia novels documenting the lives of the Santangelo family, focusing on its patriarch Gino and his daughter Lucky. She wrote nine novels based on her family including her last, "The Santangelos," published this year.

Collins told People magazine, which first reported her death Saturday, in her final interview Sept. 14 that she had been diagnosed with breast cancer over six years ago, but had chosen to keep the news among family, confiding mainly in her three daughters, 54-year-old Tracy, 48-year-old Tiffany and 46-year-old Rory.

Collins was married twice, the second time to art gallery and nightclub owner Oscar Lerman in 1965. Lerman died in 1992. She was then engaged to Los Angeles businessman Frank Calcagnini, who died in 1998.

Asked by the AP in 2011 if she was dating anyone, Collins said "I have a man for every occasion."

"When I was a kid growing up, I used to read my father's Playboy and I'd see these guys and they had fantastic apartments and cars," she said. "I have all of that now. Why would I want to hook myself up with one man when I've had two fantastic men in my life? One was my husband for over 20 years and one was my fiance for six years."